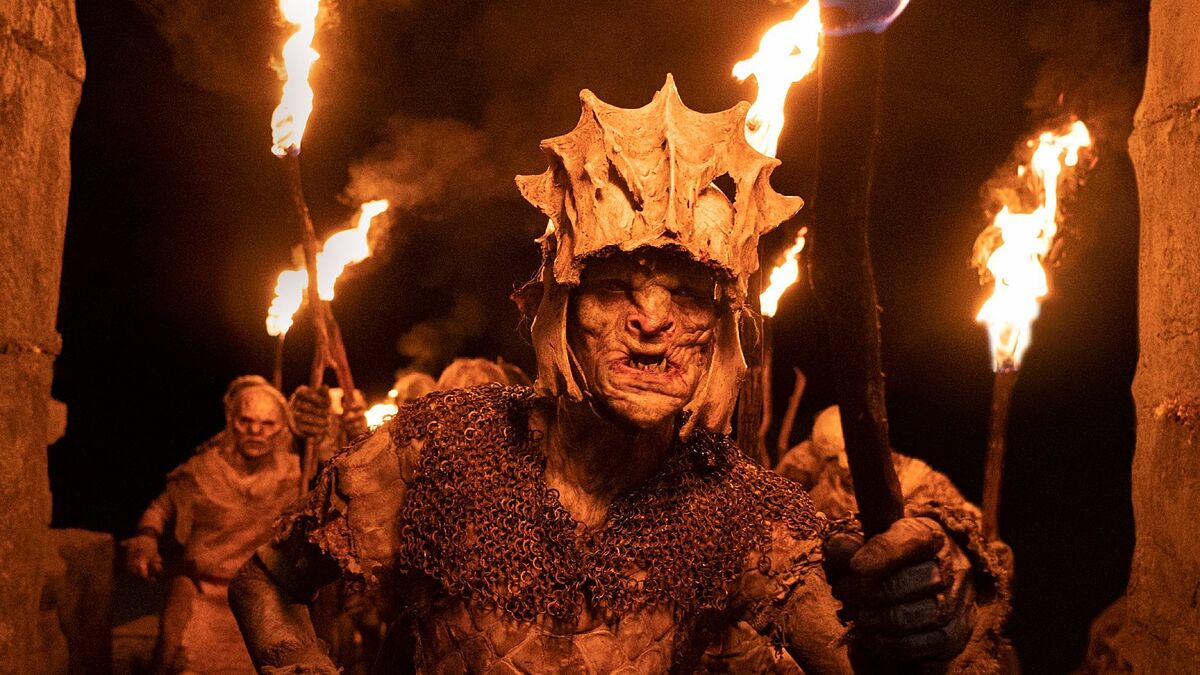 The production of the most laureated movies in the Oscars’ history partnered with Amazon Prime Video to create a prequel series.

The Lord of the Rings: The Rings of Power just revealed the first images of Orcs to all the fans.

IGN posted the first images, and the official account of the Lord of The Rings on Prime retweeted the post.

The new series features J.R.R. Tolkien’s books. It is a journey millennia before The Hobbit, and The Lord of the Rings existed.

According to the information revealed on their official social media, The Lord of the Rings: The Rings of Power will premiere on September 2, 2022, on Amazon Prime Video.

“A handful of characters will crossover, including the Elf Galadriel, who Morfydd Clark will portray as much more of a warrior than Cate Blanchett’s version in Jackson’s films,” Alexander Harrison published.

“But many beings won’t even exist in their Third Age forms yet.”

In comparison with the trilogy of the Lord of the Rings, Orcs don’t gather in massive groups.

During the Prime Video series, the Orcs are “scattered scavengers” that live in small groups, hidden from everyone.

The show is about how men and Elves allied to combat Sauron.

The Lord of the Rings didn’t have enough technology to develop animated figures as we know them.

However, Peter Jackson did an outstanding job with the postproduction.

“The striking Orc designs were one of the most praised elements of Jackson’s original trilogy,” Alexander Harrison mentioned.

“The Hobbit movies took some flak for leaning more heavily into a CGI aesthetic, these Orcs look to emulate the tactility of the 2000s films.”