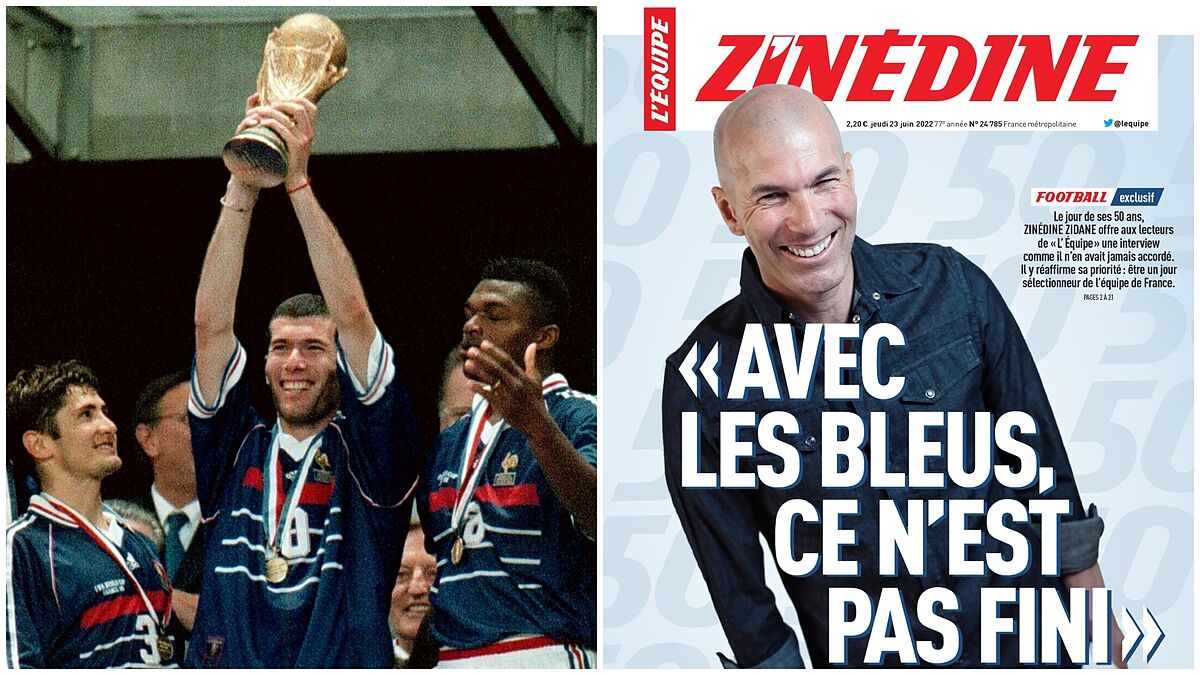 Zinedine Zidane’s priority is to be France national team’s coach rather than that of Paris Saint Germain or any other club that could try to sign him.

The former Real Madrid coach has been heavily linked with replacing Mauricio Pochettino at PSG and he was also linked with the Manchester United job before they appointed Erik ten Hag.

“I’m not finished with Les Bleus,” he told French newspaper L’Equipe, as part of a special report for his 50th birthday.

PSG president Nasser Al Khelaifi spoke to MARCA recently about the respect that the club holds for Zidane.

“About Zidane I want to say something important, he is a person I liked a lot as a player and I like him as a coach, I love him,” he told MARCA.

The ‘problem’ for Zidane is Didier Deschamps. World Cup winner in 2018 and more recently the Nations League, the current France coach has earned the right to leave whenever he wants, barring a disaster in Qatar.

In charge since 2012, France’s captain at the 1998 World Cup could be closing a cycle with his third World Cup, his fifth major competition with the national team.

That would be the key to Zidane’s arrival on the bench. If the position becomes vacant, with Zidane free and ready, it would be odd for the FFF not to fill the void with one of the great legends of French football.

“He is a man I appreciate, we are not going to define his career as a player or as a coach. Zidane will one day make it to the French national team. When? I don’t know,” Noel Le Graet, French Football Federation president, said last year.