The MLB schedule for Wednesday, June 22, see all 30 teams in action. Sportsbooks have posted game props for the majority of the matchups, including 1st inning over/unders and first 5 innings moneyline props.

The only NRFI odds not on the board yet are Phillies vs Rangers, Cubs vs Pirates, Mariners vs Athletics, and Royals vs Angels. Check your local sportsbook closer to first pitch.

My pick of the day here is at least one run in the first inning between the Arizona Diamondbacks and San Diego Padres (4:10 pm ET). The pitching matchup sees Madison Bumgarner up against Mike Clevinger and, if this was 2018, that would have boded well for a NRFI bet.

But it’s 2022 and these pitchers are not the top-tier arms they used to be.

Bumgarner’s ERA is decent, overall, sitting at 3.45 entering play on Wednesday. But his WHIP is a massively concerning 1.32 and he has surrendered at least one run in the first inning in four straight games.

Clevinger has also surrendered at least a run in the first inning in back-to-back starts and, like Bumgarner, has a concerning WHIP (1.26).

The fact that this game is at Petco Park, a pitcher-friendly stadium, is a concern. But the -104 odds here are too enticing with a pair of pitchers that are struggling out of the gate.

Odds as of June 21 at FanDuel Sportsbook.

Five games are still off the board at the time of publication., including the two late games (Seattle vs Oakland and Kansas City vs LA Angels).

. The first-half bet I like most on Wednesday is the Phillies as -138 favorites against the Rangers (4:05 pm ET). The Phillies are sending Zack Wheeler to the mound, the 2021 NL Cy Young runner-up, and he’s been almost as good this year as he was last.

Wheeler is 6-3 on the season with a 2.69 ERA and 1.04 WHIP.  His stats would look better but for a rough couple outings near the start of the season when he gave up 11 earned runs in just 8.0 innings of work over two games. Over has last nine starts, he’s surrendered a total of nine runs. That includes four scoreless starts of at least six innings.

One of those scoreless starts just happened to come against these Rangers back in May (a game the Rangers won 2-1 in extra innings).

On the opposite side is an up-and-down Jon Gray (2-3, 4.27 ERA, 1.20 WHIP). While Gray has been excellent in his last two stats, there’s reason to think the Phils’ bats will touch him up on Wednesday. Gray started against Philadelphia on May 3rd of this season and was tagged with five hits, a walk, and three earned runs over just three innings of work.

The Rangers went on to win that game, as well (6-4), but that’s because Philly’s staff struggled on the day. 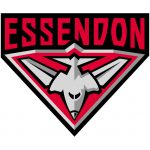