Which teams in the AFC can make the leap into the postseason after missing last season? These five should have what it takes.

The Dolphins have a bunch of questions revolving around quarterback Tua Tagovailoa, but the weaponry is greatly improved with receiver Tyreek Hill coming over via trade. The offensive line also got an infusion of talent with left tackle Terron Armstead and guard Connor Williams coming in through free agency. While the Buffalo Bills are the best team in the AFC East, Miami could threaten as a wild card team.

Denver made the biggest move of the offseason by trading a pair of first and second-round picks — along with tight end Noah Fant, defensive tackle Shelby Harris and quarterback Drew Lock — for signal-caller Russell Wilson. The Broncos are stuck in the league’s toughest division, but Denver has a chance to make a move behind Wilson and new head coach Nathaniel Hackett.

The Colts did nice job of upgrading this offseason without losing much. Indianapolis general manager Chris Ballard did well to land quarterback Matt Ryan by sending a third-round pick to the Atlanta Falcons, giving the Colts a significant bump at the sport’s most-important position. Ryan should help the offense reach new heights, while the defense is better with the additions of safety Rodney McLeod and corner Stephon Gilmore in free agency. In the AFC South, Indy could make a run with the Tennessee Titans getting worse this offseason.

Maybe no team has more hype than the Chargers. Los Angeles brought in edge rusher Khalil Mack in a trade with the Chicago Bears, while also signing star corner J.C. Jackson on a five-year deal. The defense should be much better, especially after also bringing in corner Bryce Callahan, linebacker Kyle Van Noy and defensive tackle Sebastian Austin-Day. Considering how high-powered the offense is behind quarterback Justin Herbert, Los Angeles has a real chance to make a deep postseason run … if it gets there.

So many people are sleeping on the Ravens. Baltimore was 7-2 and the top seed in the AFC before a league-leading amount of injuries to key players finally took the team down. Now healthy and with an infusion of talent through an excellent draft class, the Ravens should reclaim their spot as one of the conference’s top contenders. 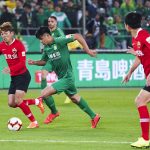 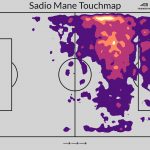 Mane leaving Liverpool for Bayern: Stats show how much he’ll be missed at Anfield

Murodjon Akhmadaliev vs Ronny Rios Odds, Picks & How to Watch

Ranking every PSG coach under Qatari owners: How does Poch compare?

Mane leaving Liverpool for Bayern: Stats show how much he’ll be missed at Anfield

Murodjon Akhmadaliev vs Ronny Rios Odds, Picks & How to Watch

Ranking every PSG coach under Qatari owners: How does Poch compare?