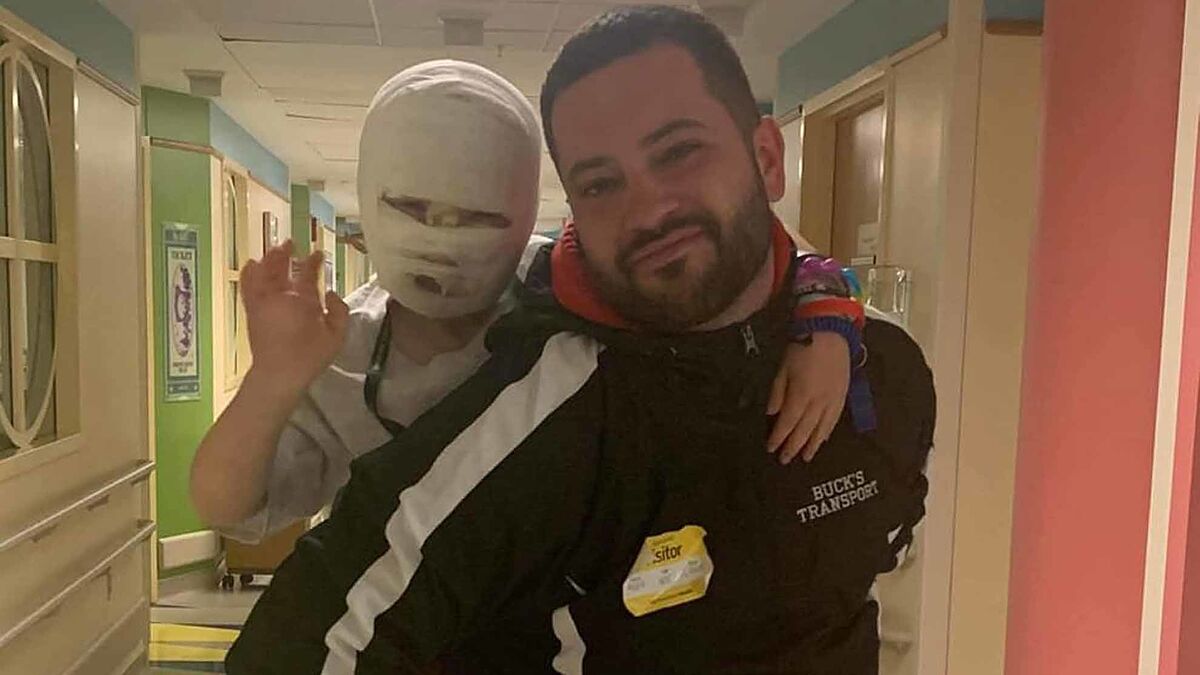 Last April, residents of Bridgeport, Connecticut, were outraged to learn that Stefano Giacobbe, an eight-year-old boy, apparently set fire to Dominick Krankall, one of his neighbors two years younger.

The unfortunate incident took place while both boys were playing with a soccer ball in the backyard of a house where a container containing gasoline was found.

Due to the severity of Dominick’s burns, authorities opened an investigation to determine what happened.

During the examination of the evidence, Maria Rua – the mother of the burned child – blamed Stefano for setting her son on fire.

From that moment on, the social pressure fell on Stefano Giacobbe who, according to his relatives, upon being pointed out as the aggressor, began to live an ordeal that even led him to isolate himself in his own home.

The Krankall family and its foundation

Meanwhile, Dominick Krankall’s family has taken on the task of raising funds to be able to cover the medical expenses that will be generated by the rehabilitation of their little accident victim.

They even created a GoFundMe foundation, which so far has raised $600,000.

However, the story of Stefano Giacobbe‘s apparent aggression could take a 180-degree turn after last Friday Laura Giacobbe, mother of the alleged minor offender, presented a video showing that no one threw gasoline at Dominick Krankall, but that he himself, while playing with gasoline, wiped residues of it on his clothes.

Then, together with three other boys, after spraying the ball with the fuel, they set it on fire and in an unexpected action, the ball ignited Dominick’s clothes.

A lie came to light

In this regard, the mother of the accused boy demands that the truth comes out so that any responsibility is cleared and it is Maria Rua who will be judged for having lied.

The desperate mother mentioned that on the day of the accident Maria must have been taking care of the children, including her sons Stefano, 8, and Lorenzo, 11.

“I saw Maria by the sink wiping the boy’s face with the wash rag and I saw the skin peeling off his face because she was wiping it. I was yelling at her that she had to get in the bathtub because her leg was burning and she wasn’t aware of it. At the same time [she was] making a phone call to the police department, stating that ‘the eight-year-old boy downstairs took gasoline, poured it on my son and set him on fire.’ Those were her exact words,” he said.

According to Laura Giacobbe, they already knew about the existence of the video, but they asked her to wait and see how far the Krankall family would go with their version of events.