Olympique de Marseille have submitted an offer for Nuno Tavares, according to FootMercato.

The Portuguese defender is currently seen as back-up to Kieran Tierney and had a difficult debut season at the Emirates.

Marseille have proposed signing Tavares on loan with an option to purchase.

The north London club are yet to respond to the offer, although they are believed to be open to loaning him out.

Atalanta are also in the running to sign the 22-year-old.

Jorge Sampaoli wants to strengthen the left side of defence and Tavares is a player who could be available.

NEWCASTLE UPON TYNE, ENGLAND – MAY 16: Newcastle United’s Miguel Almiron battles with Arsenal’s Nuno Tavares during the Premier League match between Newcastle United and Arsenal at St. James Park on May 15, 2022 in Newcastle upon Tyne, United Kingdom. (Photo by Alex Dodd – CameraSport via Getty Images)

Fabrizio Romano reports that a deal for Youri Tielemans remains on despite talk of the deal being in doubt.

The Gunners are instead prioitsing other areas first having just wrapped up a deal for Fabio Vieira.

Gabriel Jesus and Raphinha are the two players Mikel Arteta’s side are attempting to sign. 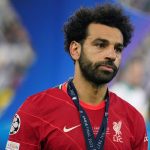