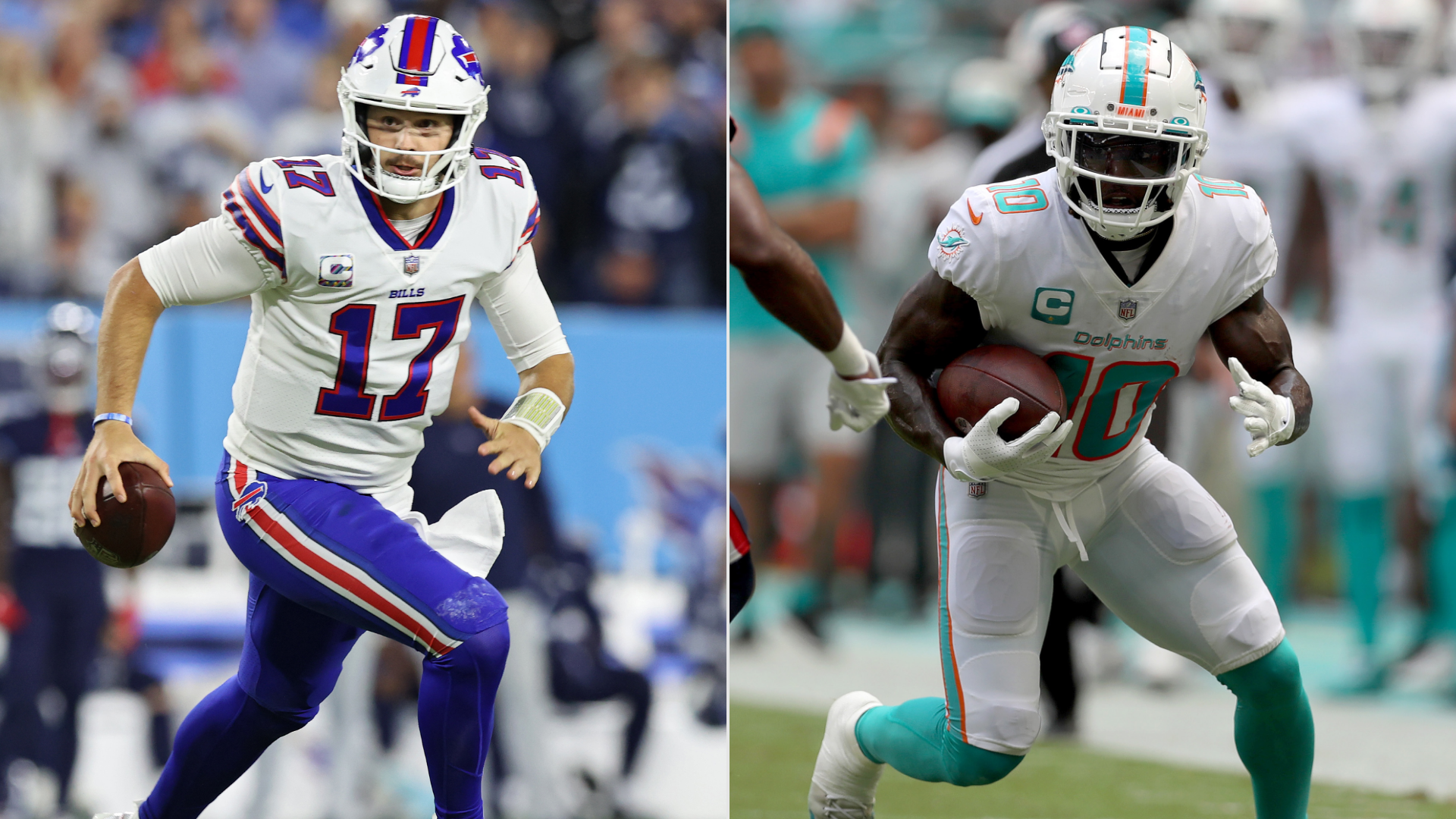 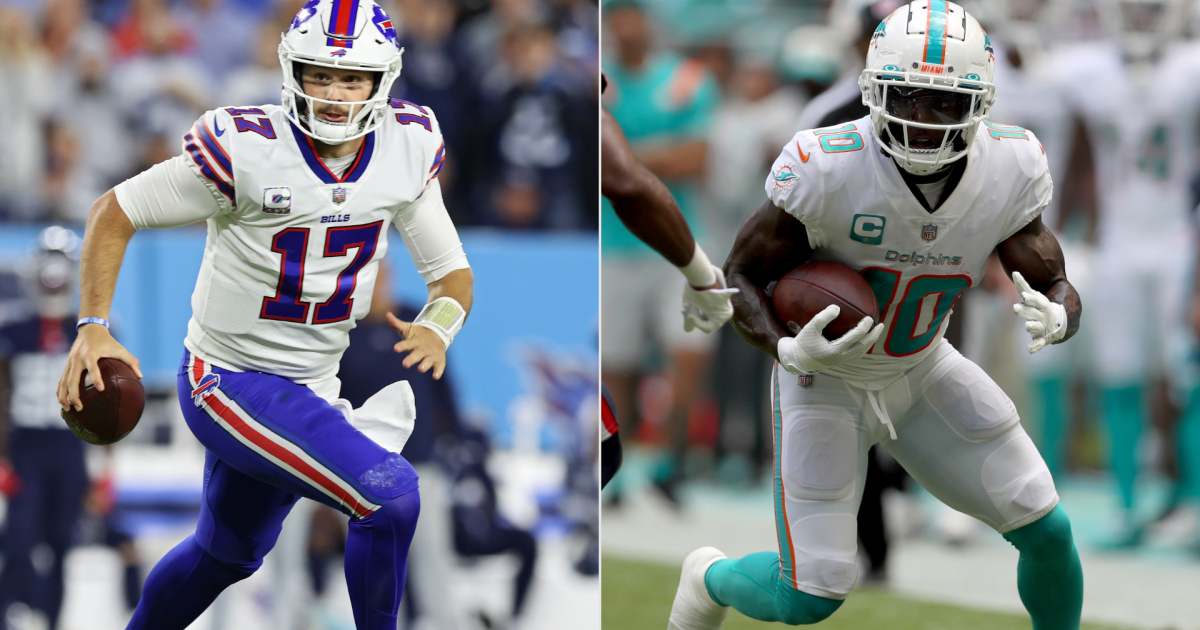 The Bills’ playoff journey begins with a familiar foe, as the Dolphins come to town to kick off Sunday’s action on wild-card weekend (1 p.m., CBS). This will be a tiebreaker of sorts for Buffalo and Miami, who split the regular-season divisional series 1-1. The home team won each game by less than four points, with Miami prevailing 21-19 in Week 3 and Buffalo coming out on top 32-29 in Week 15. We have all the odds, tips, trends, and predictions to get you ready for the rubber match.

For Buffalo (13-3), a seven-game winning streak entering this weekend must feel sweet, but knowing that Damar Hamlin is out of the hospital is the sweetest. The Bills enjoyed an emotional victory last week over AFC East rival New England to secure the No. 2 seed, effectively eliminating the Patriots in the process. They also guaranteed home-field advantage through the first two rounds of the playoffs and a neutral-site AFC Championship if Buffalo winds up playing Kansas City for the third postseason in a row.

As for Miami (9-8), the road to the playoffs has been a bumpy one. After starting 3-0 with massive wins over New England, Baltimore, and Buffalo, third-year QB Tua Tagovailoa suffered what many believed to have been two different concussions in a matter of days — one against the Bills on Sunday of Week 2, and one four days later on Thursday Night Football in Cincinnati. Tua has missed two different stretches this season, which directly coincided with losing streaks of three and five games, respectively. He last played in Week 16 against the Packers and has already been confirmed OUT this weekend. With backup QB Teddy Bridgewater (knee, finger) also hurt for a second-straight week and key skill players Raheem Mostert (thumb) and Tyreek Hill (ankle) banged up, Miami is almost literally limping into the postseason.

Oddsmakers knew all along that with or without Tua, this would be a tough game for Miami. But since McDaniel told reporters that the ‘fins are preparing for another Skylar Thompson start, basically all hope for a close game has been lost. The only bet we’re banking on: Buffalo will be ready to rock with their second-ranked scoring defense and second-ranked scoring offense.

Let’s dive further into the betting side of the Dolphins vs. Bills playoff game, including updated odds, trends, and our prediction for what should be an exciting part of wild-card weekend.

MORE WILD-CARD PICKS: Against the spread | Straight up

Betting odds are from BetMGM.

The Bills opened at -11 late Sunday and into Monday morning and were subsequently bet down to -10.5. The total opened at 45 but also inched its way down to 43.5. However, since Mike McDaniel confirmed that Tagovailoa will remain in the league’s concussion protocol, Buffalo has risen to a robust -13 favorite.

The Dolphins are winning the all-time series with the Bills 62-55-1. However, Buffalo has won eight of the past nine meetings and 10 of the past 12.

— This season, the Dolphins went 1-4 ATS against squads that ultimately made the playoffs.

How will the turnover battle go?

One key factor that could keep the MVP out of Josh Allen’s hands again this season is costly turnovers, especially in enemy territory. Allen finished the regular season with a 2.5-percent interception rate, the highest since his 2018 rookie year, and got picked five times in the red zone. Not coincidentally, Buffalo has also committed the second-most turnovers in the NFL (27). Luckily for the Bills, Leslie Frazier’s defensive unit has also forced 27 turnovers, fourth most in the NFL. That doesn’t exactly offset, but it sure comes close. Miami, meanwhile, takes relatively good care of the ball, committing the eighth-fewest turnovers this season, but it also does not force many turnovers (third-fewest takeaways in the league). Of course, it’s important to remember that there’s a massive difference between Tua Tagovailoa, who had 25 TDs and eight INTs this season, and Skylar Thompson (one TD, three INTs). Eight of Miami’s nine wins this season came when its offense committed less than two turnovers. An Allen vs. Thompson matchup could be a bloodbath.

The Dolphins started the season heavily utilizing the running game and did so again around midseason after reuniting Raheem Mostert and Jeff Wilson Jr. However, over the past several games, Miami has struggled to dominate via the ground as it did early in the season. That changed last week when McDaniel’s squad rolled over the Jets to the tune of 162 rushing yards. That was the Dolphins’ first win with fewer than 261 passing yards since Week 3, ironically against the Bills. Lord knows how the ‘Fins escaped that game — the box score is puzzling — but suffice it to say, these squads are in drastically different situations than they were in Week 3. Allen looked ready to level the field last week, uncorking multiple long bombs and finishing with 254 yards and three TDs against a stout Patriots defense. Miami’s defense ranks bottom-seven in passing yards and passing TDs allowed, defensive interceptions, and takeaways. It could be a long day in Buffalo for the South Beachers, who simply can’t keep up with Allen’s aerial attack.

Another wrinkle that has been working like a charm for Sean McDermott’s squad is special teams. Nyheim Hines took two kickoff returns to the house against New England last week, something that likely has Bill Belichick rolling around in his sleep in Nantucket right now. Miami ranks in the middle of the pack in opposing kick return yards, but it had better have everything tight going into Orchard Park this weekend. Matthew Smiley has this Buffalo special teams unit believing in itself at the right time.

Dolphins vs. Bills: Stats that matter

399.6. That’s how many passing yards per game the Bills have averaged over their past three games (Miami, Chicago, and New England). Miami has gone 1-3 the last four times it has allowed 296 or more passing yards.

The Bills are simply on a whole different stratosphere than the Dolphins, and Thompson could be one of the worst quarterbacks to start a playoff game in quite some time. Even before Tagovailoa’s second (or third?) concussion against Green Bay, Mike McDaniel’s squad was starting to come unglued, and the late-season injuries aren’t helping. Buffalo is riding a seven-game winning streak and making huge plays on offense, defense, and special teams. To top it all off, Sean McDermott’s team has the extra motivation of winning for Damar Hamlin. You might want to buy a point to keep the spread under double-digits, but Buffalo by two-plus TDs almost seems like an easy pick.