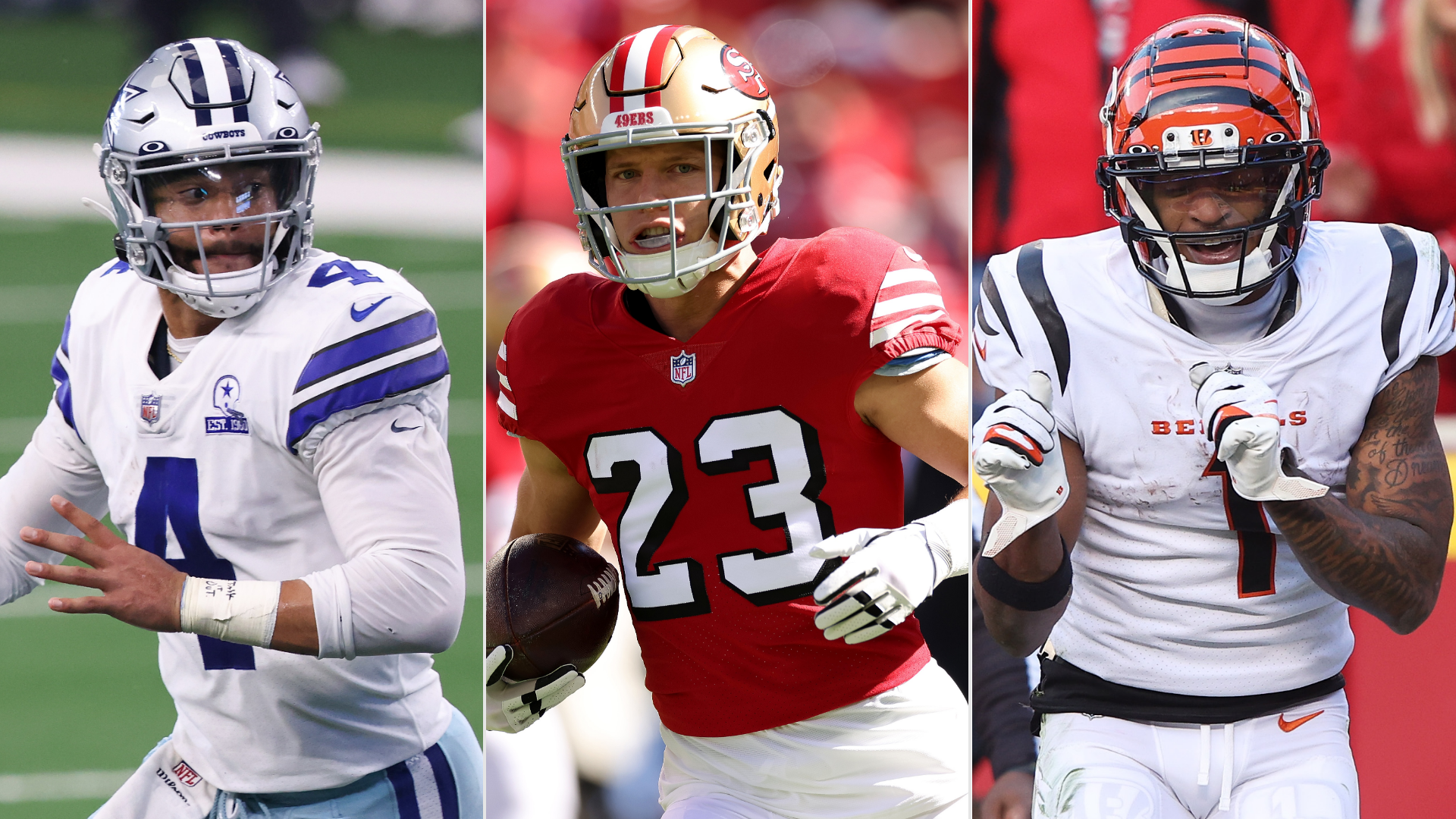 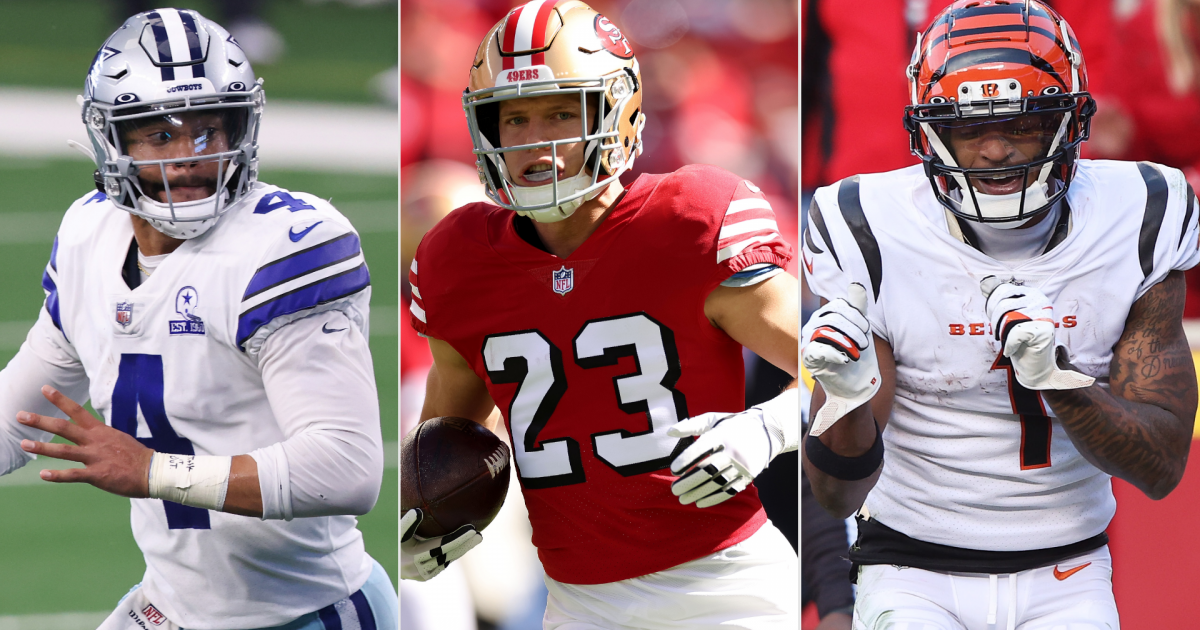 The regular season is in the books, and the stage is set for the 2023 NFL Playoffs. Super wild-card weekend, baby! It should be a very entertaining few days, and of course, we will be looking to capitalize on the action by placing some solid spread, moneyline, over/under, and prop bets.

All season long, we have carefully selected bets from BetMGM that not only strike us as intriguing but also seem like the best value for our money. We dive deep into split stats, betting trends, advanced data, and game tape to find angles and edges to attack and make informed betting decisions. This is the time of year when truly strong teams deliver and the inefficient squads go home. It’s a great time to hit the books!

So, without further ado, let’s dive into our best bets for wild-card weekend of the 2023 NFL Playoffs.

All odds are courtesy of BetMGM.

Talk about two teams that have moved in totally opposite directions this season. Dak Prescott and the Cowboys have looked like bona fide Super Bowl contenders since he returned from his hand injury midway through the season, and Tom Brady has looked like a shell of his former self in his age-45 year. The GOAT has gone 4-12-1 ATS this season, the worst cover rate by a QB in NFL history. This dude loves records! And he’ll love Micah Parsons and the Cowboys’ defense blitzing past Tampa’s weak offensive line this weekend just as much (the sarcasm is real). Brady struggles under pressure, he can’t get the ball far enough downfield to mount comebacks anymore, and he’s too slow to escape Parsons. Expect Cowboys sacks, takeaways, and ultimately a cover.

The Seahawks had a successful season, by all accounts, but the home stretch of their campaign got pretty ugly. Geno Smith, an emergent Pro Bowler after a career otherwise mired by mediocrity, hit the skids late in the second half. Seattle’s defense also started to get banged up, suddenly struggling mightily to contain the pass. Meanwhile, the 49ers hit their groove in the second half, and rookie Brock Purdy has his fingerprints on San Francisco’s successes, just as much as trade acquisition Christian McCaffrey (file that under “sentences I never imagined typing”). Kyle Shanahan has the perfect mixture of assets to operate his complex offensive schemes, and Purdy seems wise beyond his years when it comes to reads and running through progressions. Also, let’s not forget the Niners’ No. 1 defense under DeMeco Ryans, who will surely be atop plenty of franchises’ offseason head coaching wish lists. This team has it all, and Pete Carroll’s squad has no shot. San Francisco beat Seattle by eight in mid-December, and it might be closer to 17 this time around.

We will be the first betting team to admit we have never believed in the Vikings as actual contenders this season. They have won so many close games, been gifted so many mind-bending calls, and been the recipient of many “game of inches” strokes of luck that we cannot even list them all. That said, we do like them against the Giants at home, at least on the moneyline. Minnesota is 4-5 ATS at U.S. Bank Stadium, but 8-1 at U.S. Bank straight up. The Giants, meanwhile, have lost five of their past six road games and rank near the bottom of the pack in most passing stats. Danny Dimes and Saquon Barkley can’t bail out the G-men in a duel with Kirk Cousins, Justin Jefferson, and company. The Vikes get the “W,” just like they did over New York in Week 16.

In case you don’t like the Cowboys’ -2.5 spread, you can rest easier with a higher chance of winning (but lower potential payout) and bet their moneyline. Dallas had victories over Philly, Tennessee, and Minnesota in the second half of this season, while Tampa Bay’s Week 18 loss to Atlanta gave Brady his first-career losing playoff season (8-9). The Cowboys have advantages over the Bucs at just about every level: passing, rushing, lines, defense, coaching. Smash-bet the ‘Boys however you can get them.

We don’t know which way this game will go, but we do expect it to be fun. Both offenses were cooking in the second half, with Trevor Lawrence enjoying a breakout sophomore campaign under Doug Pederson (what a difference an actual coach makes) and Justin Herbert getting going with healthy receivers. Mike Williams is dealing with a back injury — sit your starters when the game doesn’t matter, Brandon Staley! — so it remains to be seen if Herbert will have his full arsenal this week. Even so, it works in the OVER’s favor that neither of these teams has a particularly strong or healthy defensive front. NFL TD leader Austin Ekeler could have a little mini-rushing duel with second-year back Travis Etienne, who should run all over the Bolts’ porous run defense. The last playoff three teams Jacksonville faced in the regular season were Dallas, Baltimore, and Kansas City, who scored 40, 27, and 27 (respectively), and Denver just put up 28 on the Chargers. Smash-pound the OVER and root for the points.

When writing the betting preview for this game, I noted that “the question is not whether the Bengals will win, but rather by how much.” Joe Burrow mans a top-seven offense in terms of points and yardage, and his skill-position corps is light-years ahead of Baltimore, with or without Lamar Jackson (we highly doubt the Ravens will be playing with L-Jax). My prediction was Cincy by 14 to cover the -8.5 spread, but would anyone be surprised if John Harbaugh’s squad somehow pulled a surprise cover and lost by just seven? Alternately, would any of us be shocked if the Bengals — amid their eight-game winning streak — blew the doors off the Ravens and won by 17 or 18 points? By betting both of these custom-range win margins, we give ourselves a wide range and still wind up with a +172 payout if Cincy wins within that margin. It seems like a cool way to win some money through a variation on spread betting, effectively hedging our score prediction.