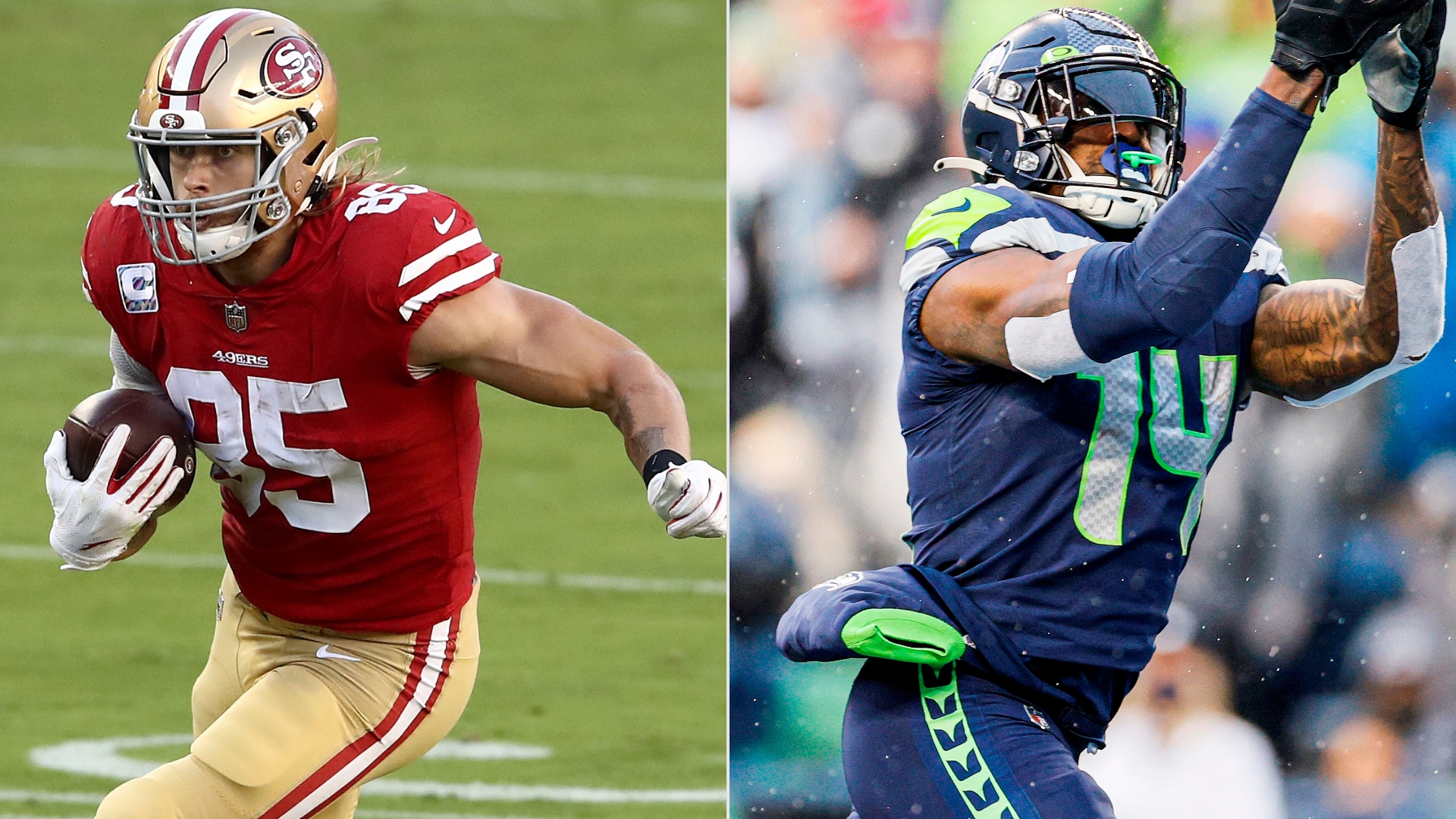 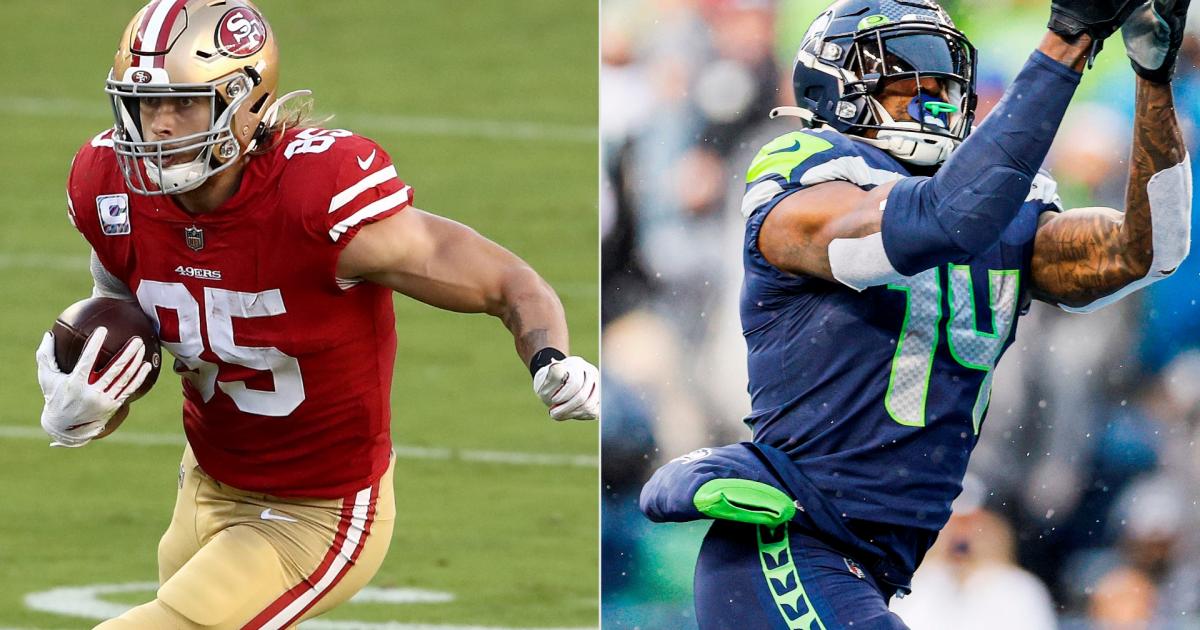 Super wild-card weekend gets underway Saturday afternoon with the second-seeded 49ers hosting the seventh-seeded Seahawks in an NFC West-centric playoff matchup. The 49ers enter this wild-card matchup expected to take care of business, listed as 9.5-point home favorites with a total of 43 points, according to BetMGM. Single-game DFS players have a plethora of options to construct a competitive DraftKings Showdown lineup, and we’re going with a 49ers-heavy build in a game we think they control throughout.

Kittle enters the playoffs on a torrid stretch, scoring seven touchdowns over his past four games. While some could be expecting Kittle to regress, it’s unlikely he slows down this week against a Seattle defense that’s allowing the most fantasy points to tight ends this season. With Kittle averaging 6.75 targets per game over the past four weeks, he has a shot to replicate his 93-yard, two-TD effort against Seattle that started his hot streak back in Week 15. Kittle’s Captain percentage will likely be higher than normal given the matchup, but at $12,300, we have some flexibility to complete our build with a well-rounded lineup.

Along with struggling to defend tight ends, Seattle’s defense hasn’t fared well against running backs, allowing the fourth-most DK points. Seattle’s also posted the seventh-highest EPA/rush (0.0120), so there’s a good chance McCaffery has a big day on the ground. McCaffery scored 28.8 DK points back in San Francisco’s 21-13 win over Seattle in Week 15, rushing for 108 yards and a TD on 26 carries while also hauling in six passes for 30 yards. He might not get as much usage on Saturday night, but a 100-yard day coinciding with a TD is well within reach.

With Seattle likely playing from behind throughout, Metcalf should see a high number of targets. San Francisco’s defense sports the second-lowest drop-back EPA this season (-0.081), but it’s still prone to allowing chunk plays in the passing game. Metcalf saw 15 targets in two combined games against the 49ers this season, and a seven- or eight-target game gives him a shot to rack up 100 receiving yards. Metcalf’s salary is also relatively low, as he was priced north of $10,000 in each of the past six weeks.

Aiyuk’s another player who sees his salary priced a bit lower than normal, as his price tag has ranged from $8,800 to $10,400 over the past four weeks. Deebo Samuel’s return hinders Aiyuk’s upside, but he’s still Brock Purdy’s top receiving threat out wide and sports a respectable 25.5-percent red-zone target share. Aiyuk is also a run-after-catch threat, racking up the 16th-most yards-after-catch (367) this season.

Since we’re expecting a rough offensive day for the Seahawks, rostering the 49ers’ D/ST makes sense. San Francisco’s defense allowed the lowest EPA/play during the regular season (-0.112) while sitting atop Football Outsiders’ defensive DVOA rankings (-14.1 percent DVOA). In their two regular-season meetings against the Seahawks, the 49ers held them to just 10 points per game while averaging 10.5 DK points. Another double-digit fantasy showing from the 49ers’ D/ST gives our lineup a chance to stay competitive.

We’ll buy low on Mitchell, who has a chance to receive a large enough workload to outperform his $3,800 price tag. San Francisco’s early-season RB1 made his return from his second knee sprain of the season last week and scored two TDs while rushing for 11 yards a carry (17.5 DK points). Mitchell’s seen 11 red-zone touches this season and once again has a shot to reach paydirt, giving him some appeal as a cheap flier.