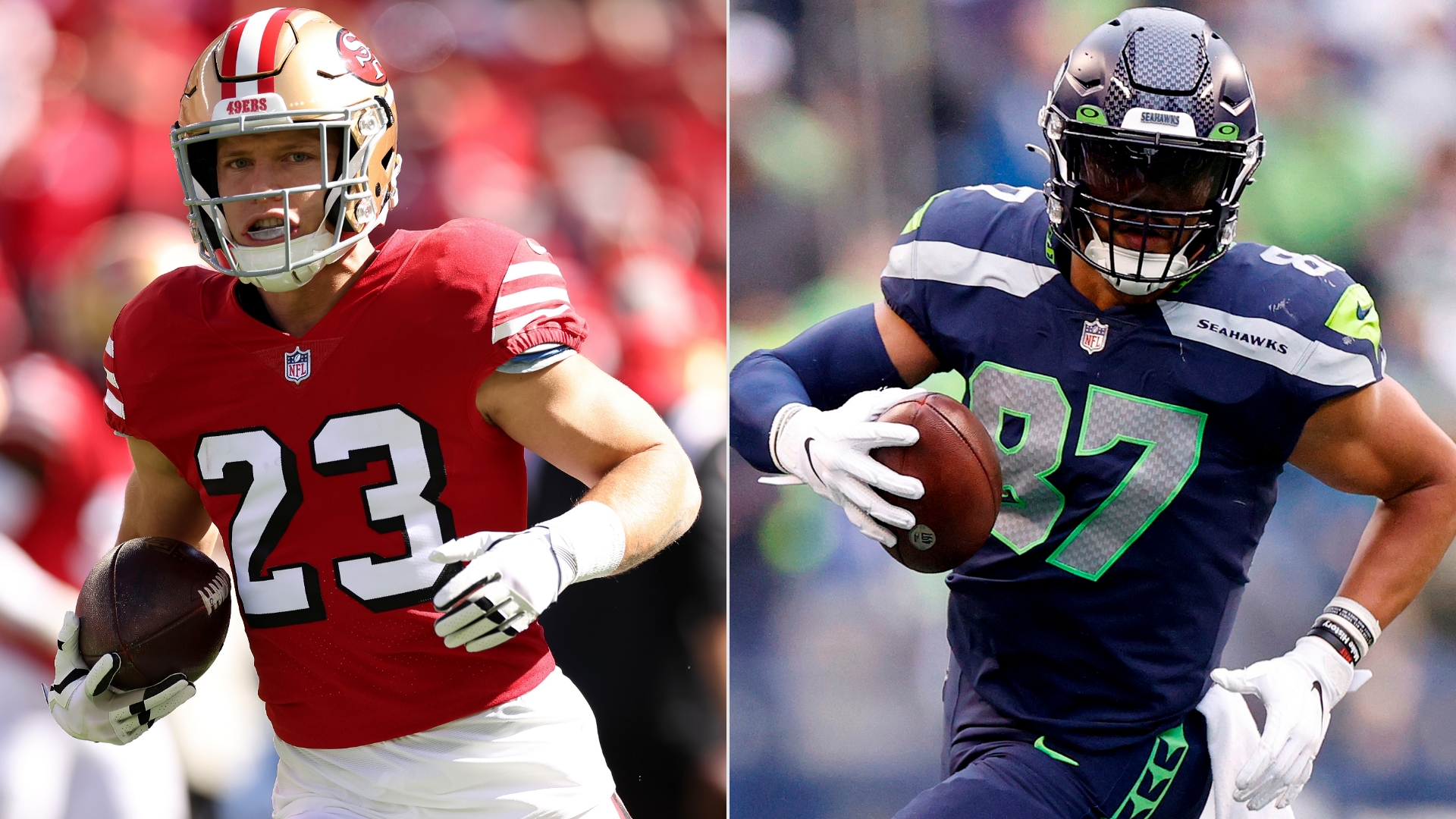 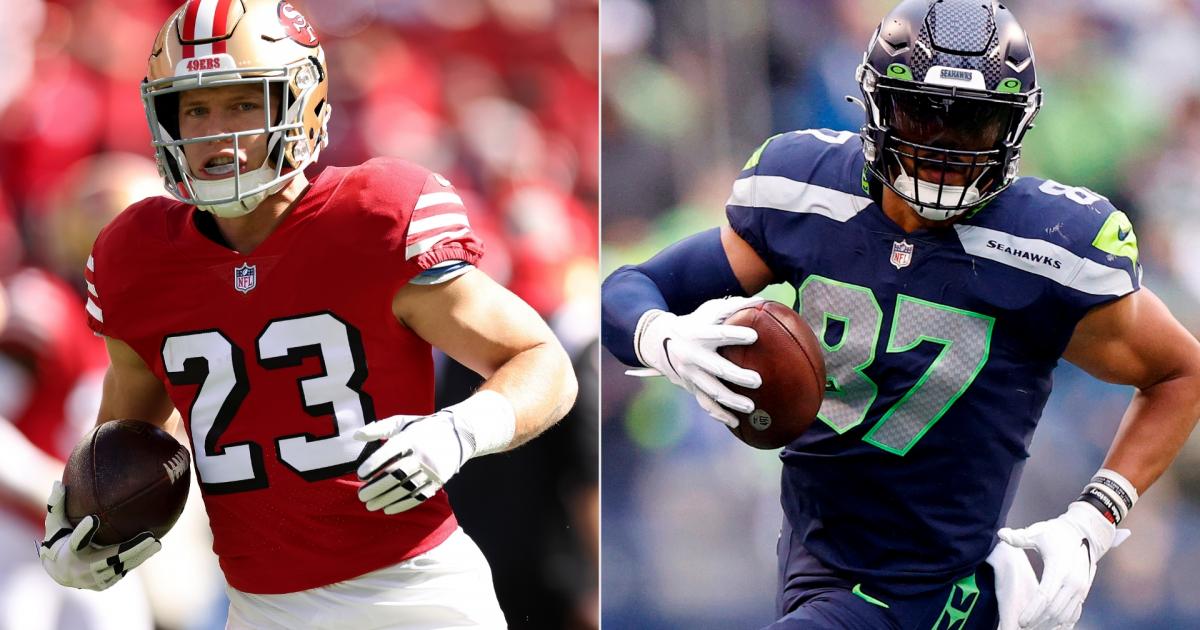 In the first game of super wild-card week, the 14-3 49ers host the 9-8 Seahawks on Saturday afternoon (4:30 p.m. ET, FOX). San Francisco enters as 9.5-point home favorites, with the total set at 43.5 points according to BetMGM. With the 49ers projected to notch a two-score victory, NFL DFS players can make Saturday’s matchup a bit more entertaining with a FanDuel single-game lineup. We’ve put together our favorite lineup for the matchup, constructing a 49ers-heavy build.

Kittle’s in line for a solid fantasy showing against a Seahawks defense allowing the most FD points to tight ends this season. He enters wild-card weekend scoring seven receiving TDs over the past four weeks and figures to add to that total against an exploitable Seahawks’ pass defense. Kittle also sports a respectable 26.4-percent red-zone target share and has garnered a total of 27 targets over the past four weeks. All this gives Kittle a good chance to lead all players in fantasy points.

McCaffery’s always a worthwhile addition to single-game lineups due to high usage in both the rushing and passing games. Run CMC’s last game against Seattle back in Week 15 resulted in 22.8 FD points (108 rushing yards, six receptions, 30 receiving yards, one TD), setting him up for another big stat line. Seattle’s defense hasn’t been great against the run, sporting the seventh-highest rush EPA (0.012), giving McCaffery a shot to post another 100-plus yard rushing game.

Aiyuk’s another stable addition to single-game lineups, as his playmaking ability gives him a shot to put up 15-plus FD points. The third-year wideout’s coming off his first season of reaching 1,000 receiving yards and can consistently gain separation against defenders, posting the 12th-highest route win rate (49.6 percent). Given Aiyuk’s run-after-catch ability, it may take just one reception for him to come through for DFS players.

With the 49ers’ defense being the best in the league (-0.112 EPA/play), they have a chance to sack Geno Smith a handful of times while generating a turnover or two. The 49ers held the Seahawks to 10 points per game this season, and it’s possible the Seahawks’ offense once again struggles to get going. San Francisco leads the league in interceptions (20) and could pick off Smith a couple of times due to their ability to get pressure by rushing just four.

While San Francisco’s defense has allowed the fewest fantasy points to TEs, we’re still taking a shot on a respectable fantasy showing from Fant. The veteran TE scored 11.7 FD points in their most recent meeting, hauling in five passes for 32 yards and a touchdown on six targets. There’s a chance Fant sees five-plus targets with Seattle likely employing a pass-heavy approach in a negative game script. A double-digit fantasy point showing from Fant is achievable.