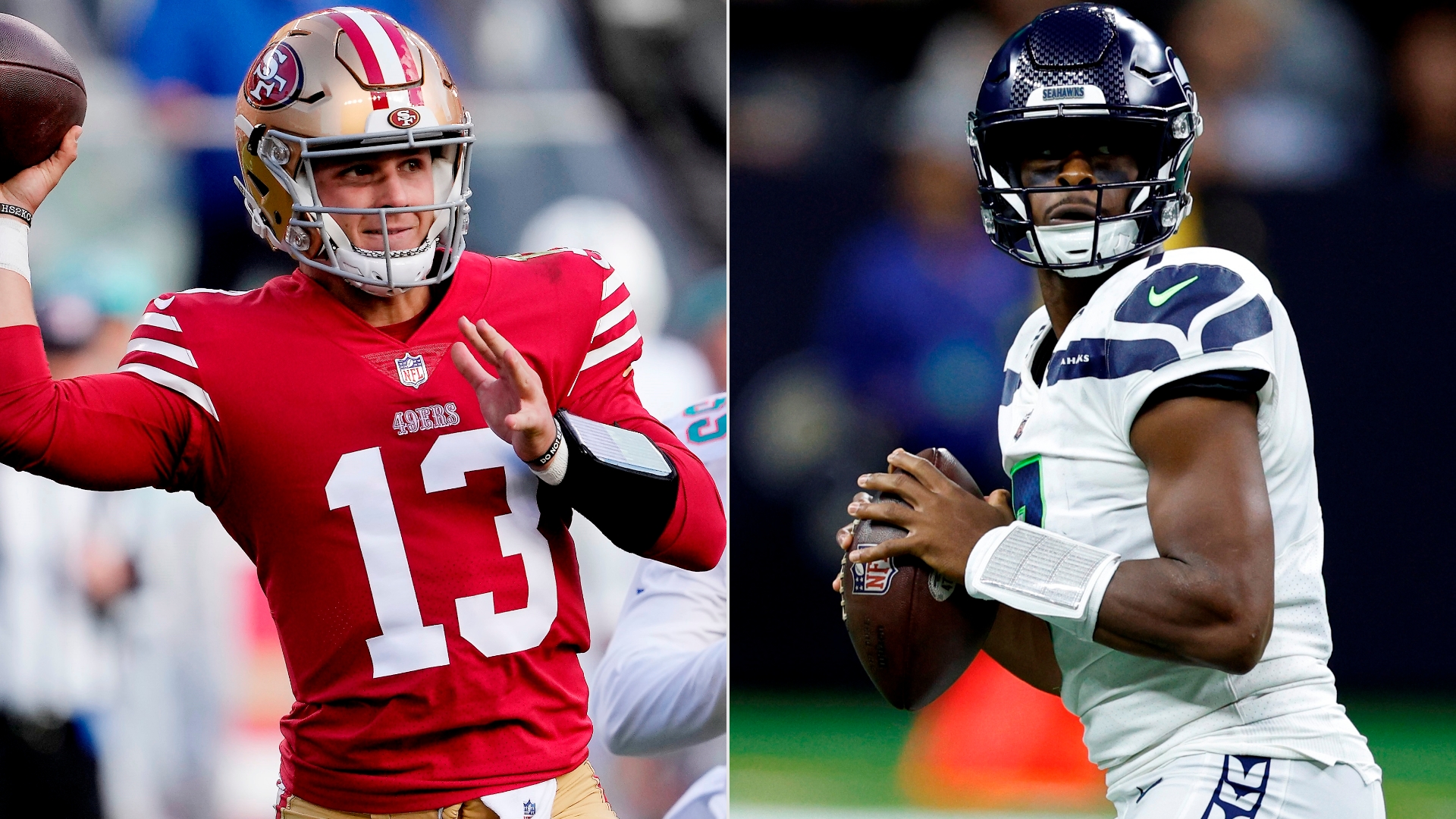 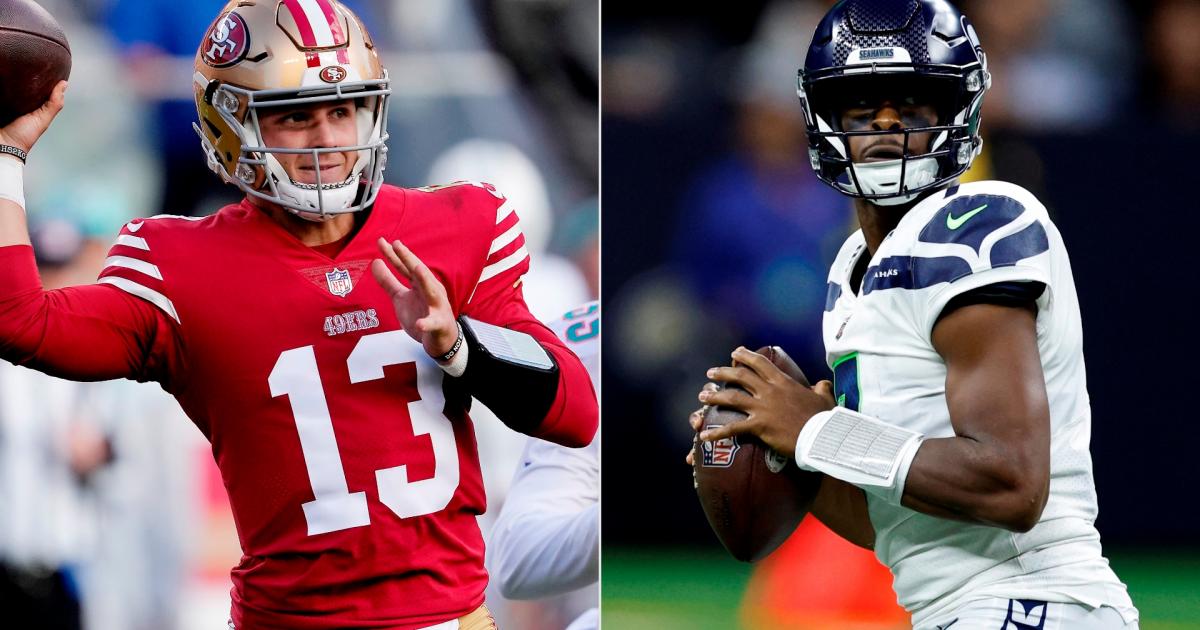 Riding a 10-game win streak, the second-seeded 49ers look to secure a spot in the Divisional Round when they host the seventh-seeded Seahawks to kick off super wild-card weekend (4:30 p.m. ET, FOX). The 49ers will also attempt to notch a season sweep over the Seahawks after winning their Week 2 matchup 27-7 and their Week 15 matchup 21-13. Since taking over for the injured Jimmy Garoppolo (foot), seventh-round rookie Brock Purdy is yet to lose a game as a starter (5-0) and will look to maintain his unblemished record throughout the postseason.

Pegged as the projected NFC West bottom-feeders, Pete Carroll’s Seahawks defied the odds, but just getting to the playoffs isn’t sufficient for his group. Seattle eked into the playoff field during the final week of the regular season, notching a 19-16 overtime victory over the Rams and then securing the seventh seed following Green Bay’s home loss to Detroit. After a 6-3 start to the season, Seattle’s had its struggles, entering the wild-card round with a 3-5 record over its past eight games.

All that is in the rearview, though, and as long as you have life, anything’s possible. Despite being pegged as double-digit favorites, the 49ers are not going to take Seattle lightly, as they know they’re capable of getting bounced if they don’t execute over four quarters.

For those looking for a play, we’ll give you all the information you need before placing a wager on 49ers-Seahawks, including the updated odds from BetMGM, tips, and our prediction for this wild-card matchup.

With the 49ers being one of the league’s highest power-rated teams, it’s no surprise to see them listed as double-digit home favorites in this contest. Back in Week 2, San Francisco closed as 8.5-point home favorites over Seattle and are now priced even higher amid its 10-game winning streak. Seattle’s offense had trouble generating offense in both matchups this season, averaging just 10 points per game. Since the 49ers’ defense sports the lowest EPA/play in the league (-0.112), it’s no surprise to see the total sitting at 43 points, the lowest total of super wild-card weekend.

The Seahawks lead the all-time series over the 49ers 30-19. Despite sweeping the regular season series this year, the 49ers had lost the past four meetings against the Seahawks, dating back to Russell Wilson’s tenure. Saturday will be their first postseason matchup since the 2013 NFC Championship game when the Seahawks advanced to Super Bowl XLVIII in an all-time classic.

— Seattle hasn’t been friendly to spread bettors over the past two months, as the Seahawks have cashed one spread ticket over their past eight games. One of those ATS losses came in their 21-13 loss to San Francisco in Week 15 (+3.5).

— San Francisco’s been the exact opposite, covering in seven of its past eight games, with its lone non-cover coming in its three-point overtime win in Week 17 against Las Vegas (-10).

— According to BetQL, “the 49ers are 12-2 ATS versus poor passing defenses allowing a completion percentage of 61 percent or worse this season.”

Brock Purdy on the big stage

Saturday’s game will mark the first playoff start for both QBs, but more pressure is seemingly on Mr. Irrevelant’s shoulders with the 49ers capable of making another Super Bowl run. Purdy’s looked nothing like a seventh-round rookie, entering the wild-card round with the sixth-highest EPA/play among QBs with at least 200 snaps this season (0.196). Purdy’s 13:4 TD-to-INT ratio is exactly what the 49ers need. He’s making the right reads more often than not while relying on an elite supporting cast to shred defenses. It’s unlikely the moment gets too big for Purdy, a four-year college starter who’s had to live up to high expectations in the past.

George Kittle over the middle

Kittle’s resurfacing as one of the league’s best receiving tight ends at the perfect time. He’s been on a tear the past four weeks, racking up seven touchdowns while becoming a trusted option of Purdy’s. Kittle’s torrid stretch began in the 49ers’ Week 15 win in Seattle when he hauled in four passes for 93 yards and two touchdowns. Seattle’s defense has struggled against tight ends all season, and Kittle has a shot to post another monster stat line.

Despite blitzing at a 20.4-percent clip (21st in the NFL), San Francisco’s defense sports the eighth-highest pressure rate (22.5 percent). What makes this defense so elite is their ability to pressure QBs when rushing just four. With seven defenders in coverage, Geno Smith is going to have to make the right reads while being accurate with his passes. It’s likely the Seahawks will have to manufacture long drives, as gaining explosive plays against the 49ers’ defense is challenging. That means their offensive line needs to hold up in pass protection, and an offensive line that ranks below league average in PFF’s pass-blocking grade (63.6) and adjusted sack rate (8.6 percent) will have its hands full.

25.7% That’s the percentage of opponents’ drives that ended in scores against the 49ers’ defense this season. San Francisco was the only team to hold its opponents under a 30-percent clip, showcasing exactly how hard it is to consistently move the ball on them. Along with leading the league in that category, San Francisco’s defense has held its opponents to only 1.45 points per drive, yet another stat the 49ers’ defense sits atop the league in.

San Francisco’s stability on both sides of the ball warrants the 49ers being priced as double-digit home favorites. While covering a double-digit spread in the playoffs is tough to do, the 49ers’ ability to get natural pressure on Geno Smith should result in a low-scoring day for Seattle’s offense. The 49ers get the job done, notching their 11th win in a row and eighth cover in nine games.