Chelsea in talks with PSV for Madueke Chelsea are in talks with PSV Eindhoven over a potential deal for winger Noni Madueke.

A fee is yet to be agreed between the two clubs for the England U21 international.

The 20-year-old spent time in Tottenham and Crystal Palace’s youth academies before moving to Dutch club PSV on a three-year-deal in 2018.

After making his debut for PSV in January 2020, he has gone on to make 50 appearances, scoring 11 goals.

Meanwhile, Sky Sports News understands Chelsea remain in discussions with Shakhtar Donetsk over a deal for Mykhailo Mudryk, but the player prefers a move to Arsenal.

Arsenal remain in negotiations with Shakhtar over the signing of Mykhailo Mudryk.

Discussions have been described as “positive” but that there is “still work to do” before any deal can be finalised.

The Gunners are prepared to get closer to Shakhtar’s valuation of the player, but will not overpay and will walk away if it doesn’t fit in with their budget.

Shakhtar are not budging from their valuation of the player – thought to be in excess of £85m. The talks centre around the initial fee and structure of the payments.

In social media posts, Mudryk has indicated Arsenal is his club of choice. Personal terms are not expected to be a problem.

Mudryk is in Turkey with the Shakhtar squad on a mid-season training camp. 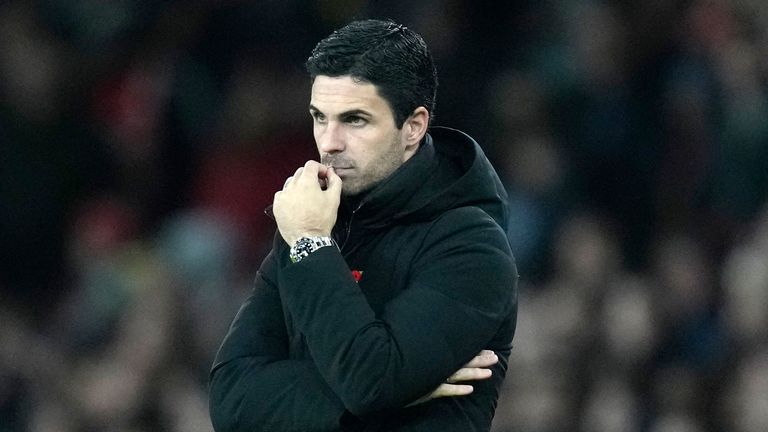 Kevin Campbell says his former club Arsenal are short of options up front and should look to bring in a new striker before the transfer window closes.

“I get the feeling that this deal is moving in the right direction.

“It’d be surprising if Mudryk didn’t end up being an Arsenal player by the end of the transfer window.

“It’d be a fantastic signing for Arsenal.

“The crucial things is the player wants to move to Arsenal. He’s made that pretty clear over the last few weeks.

“Talks between the clubs have been going on and on over the last few weeks, and I think they are moving in the right direction. Shakhtar will let him leave for the right price and it is just a case of structuring a deal in a way that everyone is happy.”

Who will be on the move this winter? The January transfer window closes at 11pm in England on Tuesday January 31, 2023.