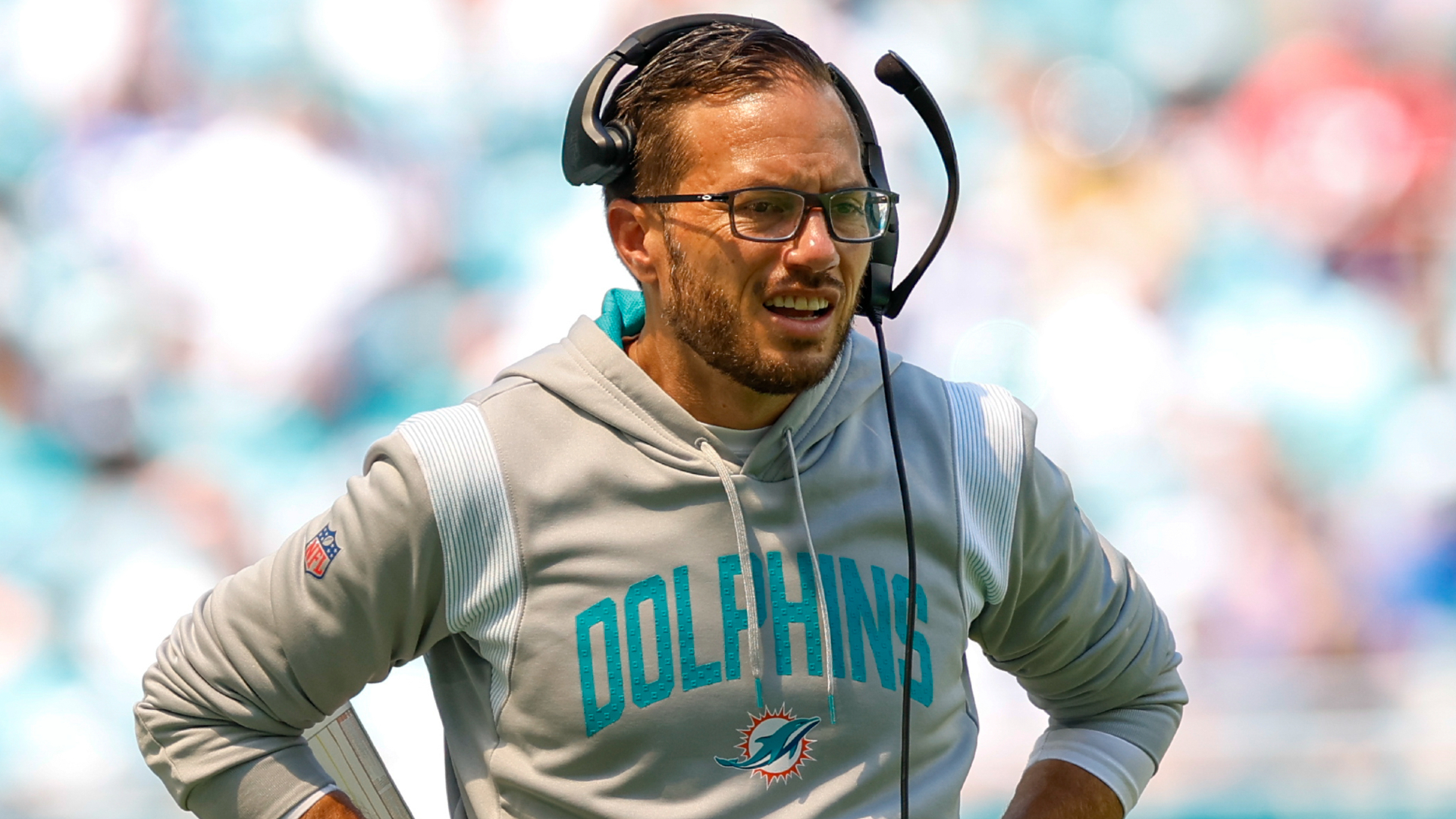 While many coaches never had playing careers, McDaniel is notable in that he did have a playing career. He just used that to further his future in the sport as a coach, not a player. Considering his listed height of 5-9 and weight that ranges from 170 to 180 pounds — depending on whom you ask — that might have been for the best.

That said, the self-described football nerd showed even at a young age an acuity for football that would one day lead him to become one of the brightest offensive minds in football. That continued during McDaniel’s collegiate career, where he was a four-year letterman in football for Yale. Even then, he leaned more toward becoming a future coach as opposed to gridiron star.

With that, The Sporting News looks at McDaniel’s history as a football player, and how he used that to jumpstart a coaching career that has resulted in him becoming coach of the Dolphins:

McDaniel was a walk-on wide receiver at Yale from 2001 through 2004. Prior to his acceptance at Yale, he played football and track at Smoky Hill High School in Aurora, Colo.

McDaniel’s Yale football bio notes he was a “two-sport athlete who competed in football and track” in high school, adding that he was first-team all-city and second-team all-league.” It adds that he ran the 100- and 200-meter dashes in track, where he was named to the state’s first-team all-academic team.

McDaniel’s bio also notes he was “one of the strongest players on the team in his weight class.” The Athletic reports he earned that status by performing 39 consecutive pull-ups, the reward for which was a hat.

The Athletic also reports that McDaniel’s acuity for the game was as a coach, even when he was a walk-on. His roommate at Yale, Ryan Allen, began noticing coaching traits when McDaniel was a junior:

“He was like, ‘This is not going to work. Look at the defense,’” Allen told The Athletic. “And he was always right. And I was standing here like, he’s got an uncanny ability to just understand the game for someone who’s 20 years old.

“And calling out what the coaches were doing incorrectly. And these guys are in their 40s, right? I started to think, ‘He’s got this football mind that I don’t have, that I don’t think anyone else has.’”

Chandler Henley, another receiver on Yale’s football team alongside McDaniel, echoed those sentiments:

“We’d come back to Colorado for the summers, and he basically took that opportunity to coach me,” Henley said of McDaniel. “He was working through learning the game in his own mind and was using me as a guinea pig. And instead of being upset or disgruntled about his particular role as a player, he realized he could still help by helping others get better.

“That’s a perfect way to picture his first experience in coaching. He wasn’t reciting what a coach had told him. It was all his own brain.”

Jack Siedlecki, who coached Yale from 1997 through 2008, had this to say about McDaniel when the latter approached him about walking on to the team:

“I would guess that Mike was probably about 150 pounds — and he didn’t really run really fast either,” Siedlecki told The Athletic. “He was one of those guys that you thought, ‘Eh, he’s not going to be around here really long.’”

McDaniel proved Siedlecki’s initial intuition wrong, going on to become a four-year letterman at Yale, according to a story issued by the university highlighting his hiring as the Dolphins’ football coach. That said, the 2005 Yale graduate — he earned a degree in history — did not rack up a ton of stats while a member of the Bulldogs’ football team.

In fact, he didn’t record any.

McDaniel played on the junior varsity teams in 2001 and 2002 before eventually rising to a backup receiver on the varsity in 2003, where he “saw varsity action against Towson and played JV.” His player bio does not list any statistics for either the 2003 or 2004 seasons, but does note that he lost five pounds between his junior and senior seasons (going from 180 pounds in 2003 to 175 pounds the following year).

Shortly after graduating from Yale, he got his first NFL job doing data entry with the Broncos, for whom he was a ball boy as a teenager and for whom he worked during summer breaks at Yale. Eventually, he would turn that opportunity and others into a head-coaching position with the Dolphins.