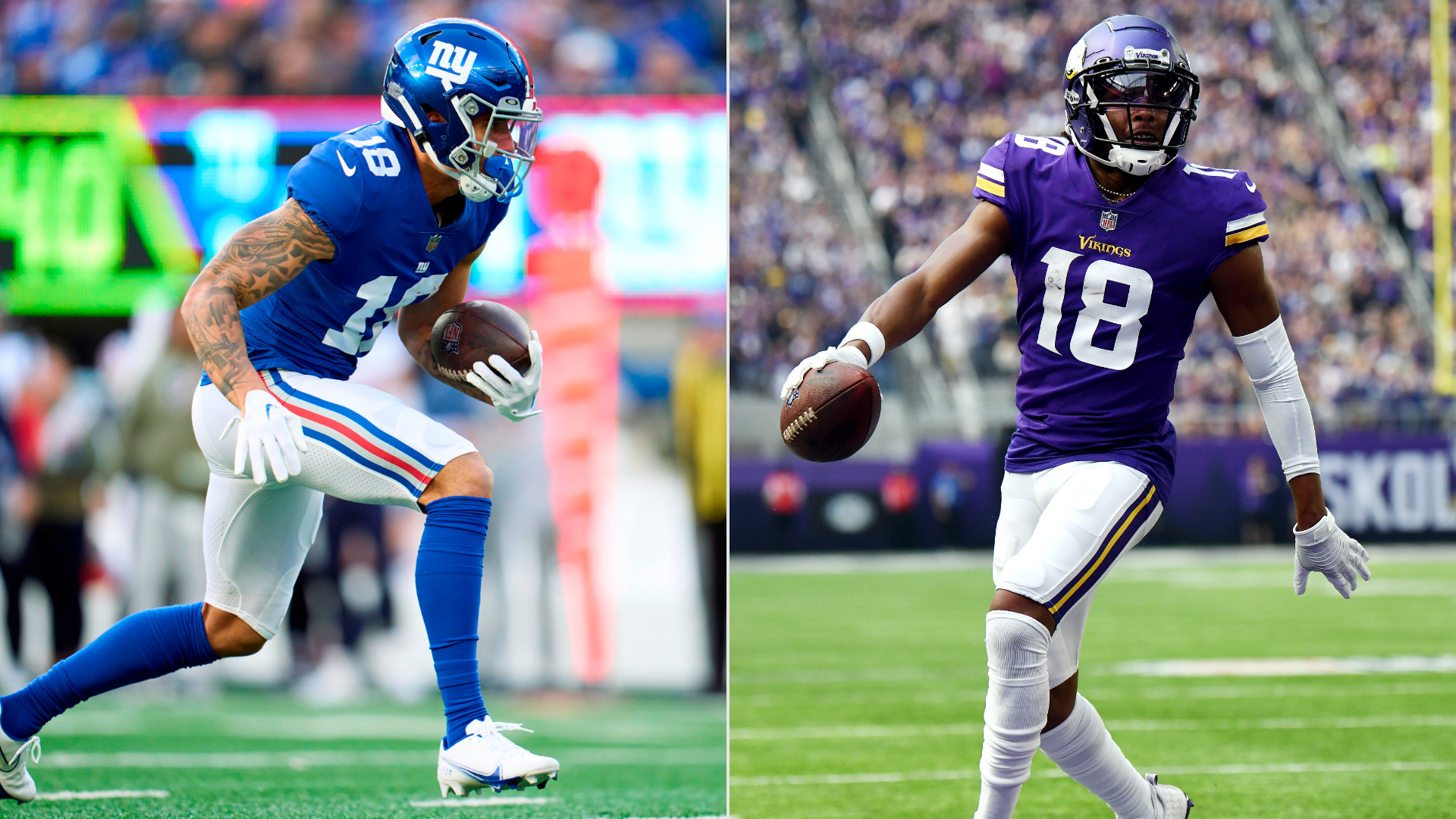 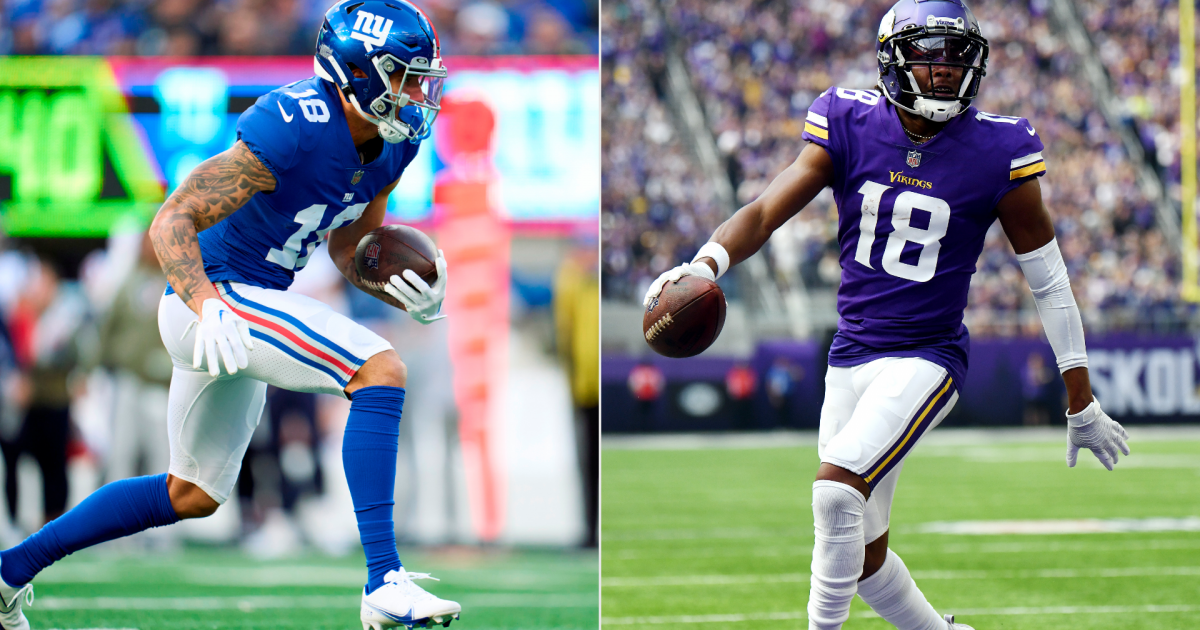 Sunday’s super wild-card weekend triple-header continues with the Giants going on the road to play the Vikings at U.S. Bank Stadium (4:30 p.m. ET, FOX), with the winner advancing to the divisional round. The third-seeded Vikings are listed as three-point favorites, and the total is set at O/U 48 points, according to BetMGM. These two teams played each other during the regular season, where the Vikings defeated the Giants 27-24 in Week 16. NFL DFS players will have a lot of standout players to choose from as they put together their DraftKings Showdown lineup.

Before we get into our lineup and strategy, here are the key scoring settings for DraftKings Showdown contests: They’re full-point PPR and there are three-point bonuses for 300 passing yards, 100 rushing yards, and 100 receiving yards. The Captain pick costs 1.5 times a player’s original price, but he also gets his point total multiplied by 1.5.

The veteran tight end gets overlooked with the Vikings having an excellent wide receiver core, but he could play a significant role in Sunday’s game against the Giants. In Week 16 against this same New York defense, Hockenson carved them up for 13 receptions (16 targets) for 109 yards and two touchdowns (38.9 FanDuel points). It was his best performance with the Vikings and his second-highest-scoring performance in the regular season. Hockenson is averaging 13.4 DraftKings points per game since arriving in the Twin Cities in Week 9. He’s also scored three touchdowns over that span. The veteran pass catcher should have similar success against a Giants’ defense that allows the 11th-most DraftKings points to TEs (13.4).

The superstar wide receiver has been held in check over the past two weeks, but we shouldn’t expect New York’s pass defense to do the same thing on Sunday afternoon. In their first matchup last month, Jefferson went off for 12 receptions (16 targets) for 133 yards and a touchdown (34.3 DraftKings points). The Giants had no answers for the young superstar, who had 123 yards and a touchdown (33.3) against the Colts in the previous week. The Giants hope that Jefferson doesn’t have a repeat performance on Sunday. However, DFS players would love another 30-point effort from the standout wide receiver, as the Giants’ defense was middle-of-the-pack against WRs during the regular season.

With two Vikings pass catchers in our Showdown lineup, we will stack them with Cousins. The vet signal-caller is coming off back-to-back below-average performances against the Packers and the Bears. We don’t take too much stock in Cousins’ performance against the Bears (13 DraftKings points) since he only played in the first half. When the Vikings played the Giants last month, Cousins completed 34-of-48 passes for 299 yards and three touchdowns (24.2 DraftKings points). If the veteran quarterback doesn’t have any turnovers, which doomed him in Week 17 against the Packers, he should at least score 18-20 points against the Giants’ 14th-ranked pass defense.

Hodgins was one of the surprise stories in the second half of the season as he’s stepped up for a Giants offense looking for reliable receiving options. The young wide receiver has scored four touchdowns and averaged 15.2 DraftKings points per game in his past five games. One of those games was against the Vikings, where Hodgins posted a season-high eight receptions (12 targets) for 89 yards (22.9 DraftKings points). If the Giants’ offensive line can protect Daniel Jones, we should expect Hodgins and the rest of the WRs to play well on Sunday. This season, the Vikings’ defense has allowed the second-most DraftKings points (40.5) to WRs and has the worst pass defense among the playoff teams.

Thielen hasn’t looked like the same wide receiver we’ve seen over the past few years. Therefore, he might not be rostered in many showdown lineups for Sunday. We will take a chance on the veteran wide receiver, who scored a touchdown last week against the Bears (9.2 DraftKings points). Furthermore, it was one of Thielen’s better performances from a DFS standpoint. In the previous two games against Green Bay and New York, he scored 2.6 and 1.6 DraftKings points. If you are placing Thielen in your lineup, you hope he can find his way into the endzone against a New York defense that has allowed 13 TDs to wide receivers during the regular season.

James Jr. has caught fire over the past month of the regular season and is a viable option in NFL DFS. The 27-year-old did not play in last week’s game against the Eagles but had an outstanding performance in Week 17 against the Colts. The veteran receiver torched Indy’s secondary for seven receptions (seven targets) for 76 yards and a touchdown (20.6 DraftKings points). James also played well against the Vikings in Week 16, posting eight receptions (11 targets) for 90 yards (17 DraftKings points). DFS players should not expect another 17-point outing from James on Sunday. However, if he can get at least four receptions for 50 yards, it will be a tremendous value for his salary.