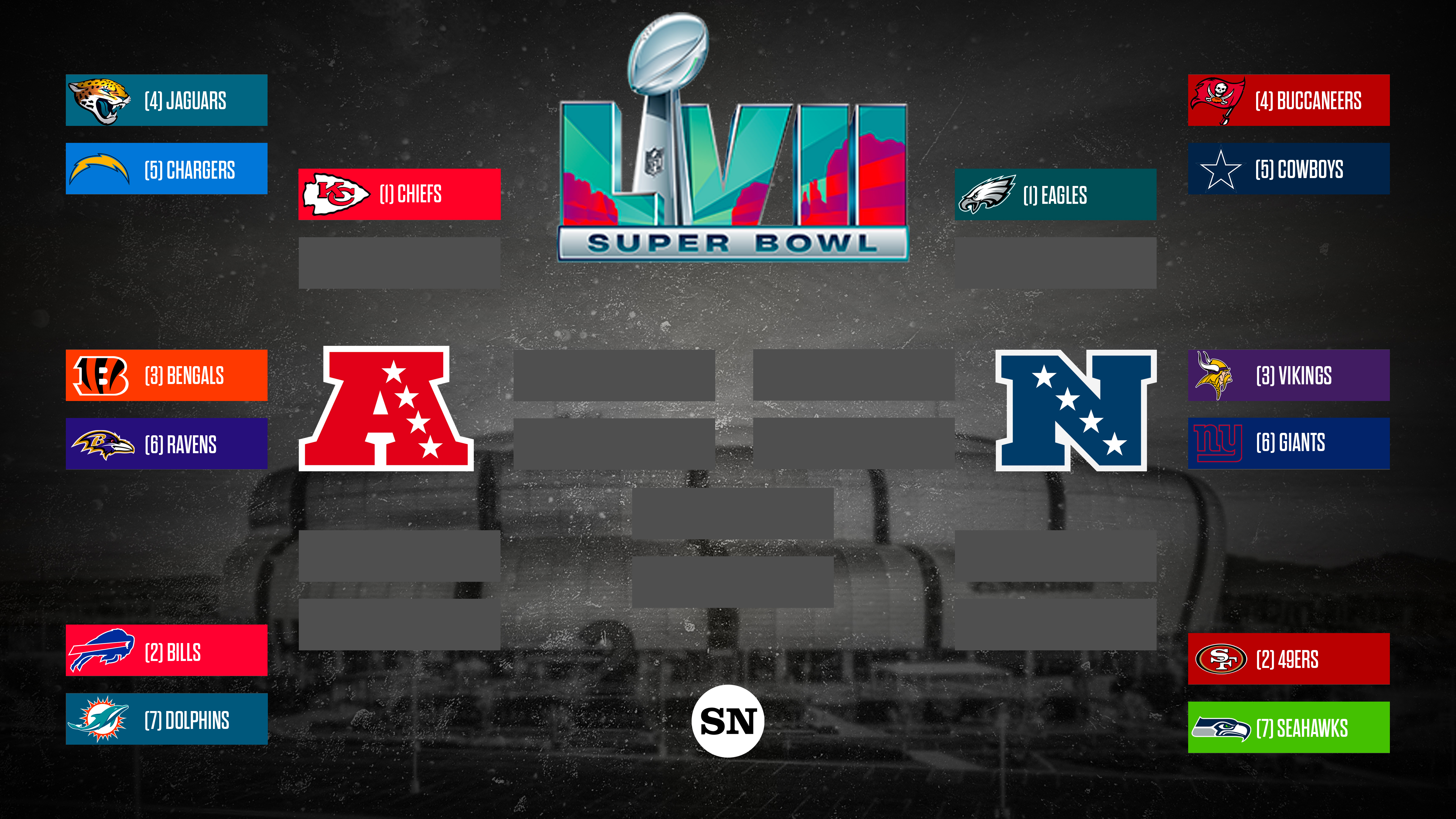 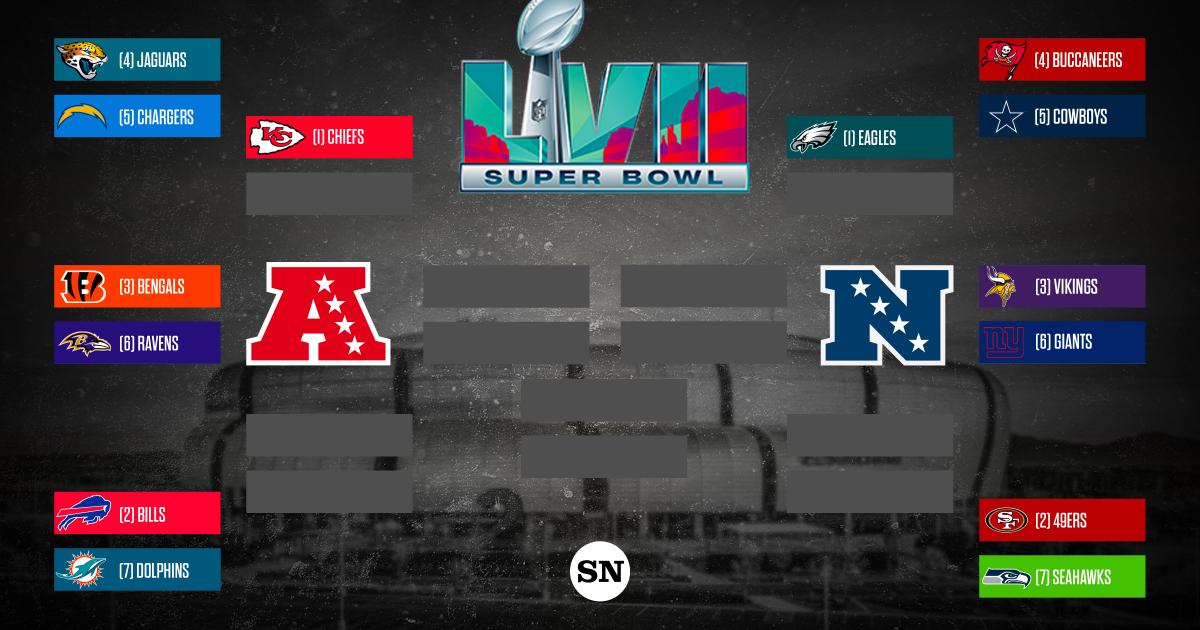 The expanded NFL playoff field is here to stay, and the 14 teams in it this year are set as we enter the depths of winter and the wild-card round.

The AFC is headlined by three juggernauts, a couple of upstarts and a stalwart. The Chiefs, Bills and Bengals are the cream of the crop, while the Jaguars, Dolphins and Chargers have returned to the postseason. The Ravens qualified for postseason play for the ninth time during John Harbaugh’s tenure.

The NFC playoff picture is a bit murkier. While there is a disparity in records, it appears as though the conference is home to true parity entering the postseason. The 14-3 Eagles stand atop the bracket, but even they looked human at times during the regular season.

The tournament is underway. Here are the matchups to begin the 2023 NFL playoffs:

There are 14 teams in the NFL playoff field this year. Here are the wild-card weekend matchups and seeds, with the bracket to be finalized after the completion of “Sunday Night Football”:

The Dolphins and Bills split their season series, but injuries played a role in their first meeting. The Bills are coming off an electrifying, emotional win in Week 18 vs. the Patriots in the aftermath of the Damar Hamlin scare. The Dolphins have questions at quarterback: It’s unclear whether Tua Tagovailoa (concussion) will be available for this game.

No coin flip was needed for this one. The NFL was ready with one in case the Bengals lost to the Ravens in Week 18, but Cincinnati took care of business and rolled Anthony Brown-led Baltimore. Now, the Ravens should hope that Lamar Jackson’s knee is good to go so they can have a fighting chance against their division rival and one of the NFL’s hottest squads.

Call it the Salad Bowl: Trevor Lawrence vs. Justin Herbert (and their luscious locks) will be an electric matchup of two of the AFC’s top young quarterbacks. The Jaguars turned a suboptimal start to their season into an AFC South crown, which feels like the start of something special for Doug Pederson and Co.

Purdy, Purdy good. The 49ers haven’t skipped a beat despite injuries to Trey Lance and Jimmy Garoppolo. They gave the keys to Mr. Irrelevant, aka Brock Purdy, to keep them relevant, and relevant have they been. The 49ers locked up the No. 2 seed in the NFC on the strength of an all-world defense and a bevy of offensive skill-position talent. They’ll welcome Seattle and Geno Smith, himself a pretty good story, to Santa Clara. The Seahawks are in the field by virtue of a Packers loss in the regular-season finale.

MORE: Seahawks’ Quandre Diggs asks Lions for a favor, then eliminates them from playoffs with INT

The Giants are one of the NFL’s most surprising teams. Many expected New York to be hit hard by the rebuilding bug in the first year of the Brian Daboll era, Instead, it secured the No. 6 seed and a trip up to Minnesota. Kevin O’Connell, Kirk Cousins and the Vikings edged the Giants 27-24 in Week 17. New York has a chance at revenge, and the stakes are much, much higher.

The Cowboys were in the NFC East race until Week 18, but a loss to the Commanders and the Eagles taking care of business vs. the Giants meant the late-season rally came up short. The Buccaneers limped along for the majority of the season, but Tom Brady and crew eventually outlasted the rest of a weak division to capture the ttile. This matchup should be incredibly intriguing.