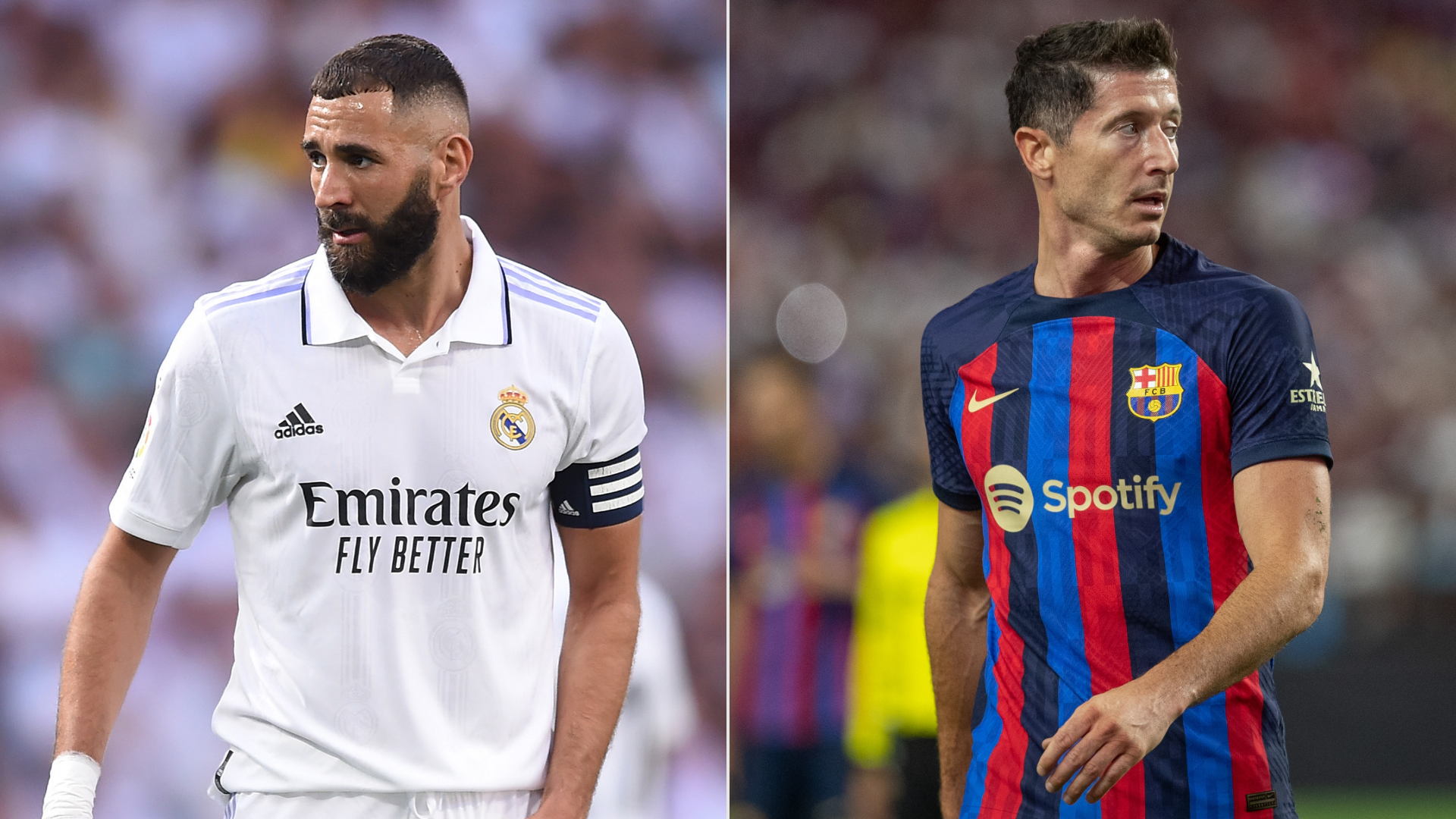 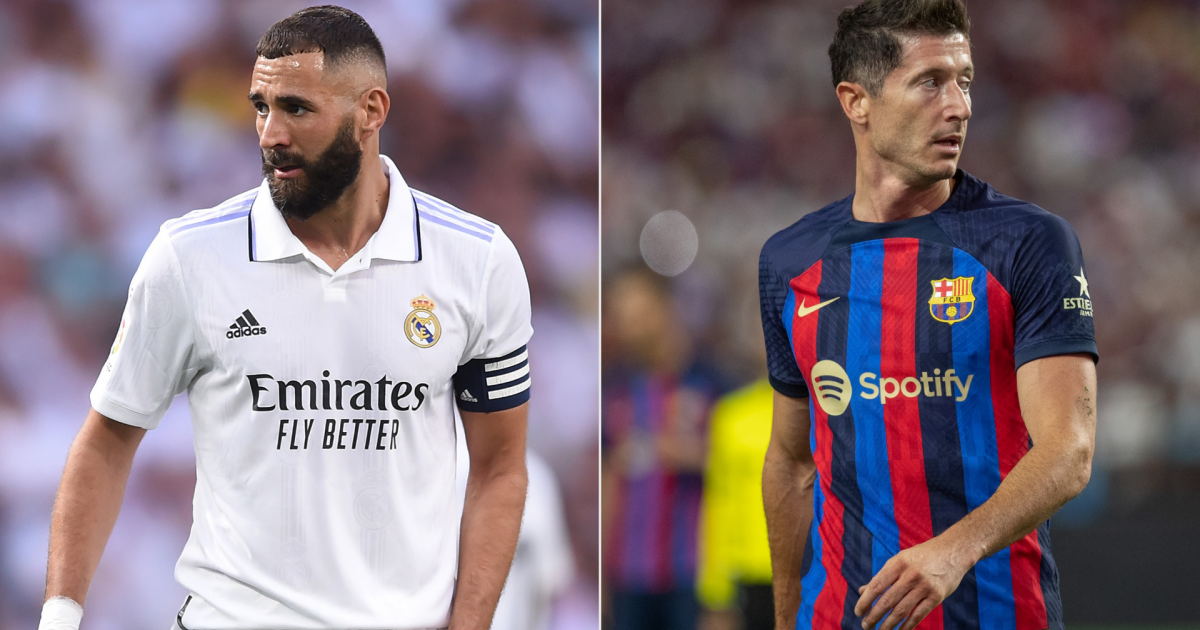 Neither Real Madrid nor Barcelona looked exceptionally brilliant in the semifinals, but both still managed to edge past tough opposition to reach the final of the Supercopa de Espana and set up an El Clasico showdown in Saudi Arabia.

Real Madrid failed to score from open play against Valencia in their semifinal, seeing a Karim Benzema penalty cancelled out by a goal straight out of halftime from Samuel Lino to finish level at 1-1. Valencia failed to convert on a pair of spot-kicks in the ensuing shootout, seeing Madrid move on.

The same fate awaited Barcelona, as twice they took the lead but twice were pegged back by Real Betis. The score finished 1-1 after regulation, and each team scored in extra-time to take the action to an ensuing penalty shootout. Like Valencia, Real Betis failed twice across their four kicks, with Marc-Andre ter Stegen picking up saves both times.

As the two Spanish giants battle atop La Liga for the domestic league title, they’ll meet for a first piece of domestic silverware in Riyadh.

Unsurprisingly, the bookmakers have Real Madrid and Barcelona fairly evenly placed for this clash.

They give Barcelona the slight upper hand, most likely due to the fact that the Catalan side currently sit top of La Liga, but as we know, it’s impossible to ever write off Real Madrid.

Here’s the key information you need to know before betting the Clasico showdown on Sunday:

Referee Ricardo de Burgos Bengoetxea had previously taken charge of one ‘El Clasico’ which came in the 2017 Spanish Super Cup.

In that match, he made headlines by sending off Real’s Cristiano Ronaldo for diving after which the Portuguese forward retaliated by pushing the referee. His actions led to a five-match ban.

Real Madrid headed to the Middle East for the Spanish Supercopa without starters Aurelien Tchouameni and David Alaba. That could leave them short in defence for this match, especially as star centre back Eder Militao left the field during their semifinal with a head injury and is now a major doubt for this weekend’s final.

One thing that almost feels guaranteed here is the fact that this match is unlikely to finish in the 90 minutes of regulation.

That said, Barcelona remain the in-form team overall. They have a three-point lead at the top of La Liga and they haven’t lost any of their prior eight competitive outings — winning seven of those. That stretch has also seen them net 17 goals in the process meaning that they could prove too tough to handle for a Real side that hasn’t exactly been airtight defensively.

This one feels like a bit of a no brainer based on the semifinals of the Supercopa last week where both Real and Barca failed to keep a clean sheet against so-called ‘lesser’ opposition.

Looking back to before the World Cup break, Real Madrid have kept just two clean sheets across their past 10 competitive outings and given that key defender Eder Militao could miss this match through injury, Robert Lewandowski & Co. will fancy their chances here.

Similarly, Barca are still struggling to shut out opponents. They themselves have now kept just one clean sheet across their past five matches, a streak which included conceding three times to third division side Intercity in the Copa del Rey.

Considering that this is a final, we’re expecting a tight affair with little to separate the two Spanish giants and as such, the match being won by exactly one goal could be the way to go here.

Looking back over recent history, three of the last five competitive meetings between these two sides have been settled by exactly that margin over the past couple of seasons.

Brazilian winger Vinicius Junior is once again having a great season with Real Madrid.

With 10 goals across 24 competitive outings this campaign, the 22-year-old remains one of the most exciting and dangerous forwards in the world and could easily find another goal here. He played well vs. Valencia in Real’s semifinal, and although he didn’t get on the scoresheet, he did prove a constant nuisance for the opposition’s defence.

If you’re looking for omens: While he’s only netted twice across 10 previous meetings with Barcelona, one did come in this same competition last season as Real defeated their great rivals at the semifinal stage.

UK: The Supercopa final will be carried in the UK on BT Sport’s TV and streaming platforms.

USA: El Clasico in the Spanish Super Cup will be televised on ABC (English) and ESPN Deportes (Spanish) with both those broadcasts streaming on fuboTV. ESPN’s streaming service ESPN+ will also carry streams in English and Spanish for subscribers.