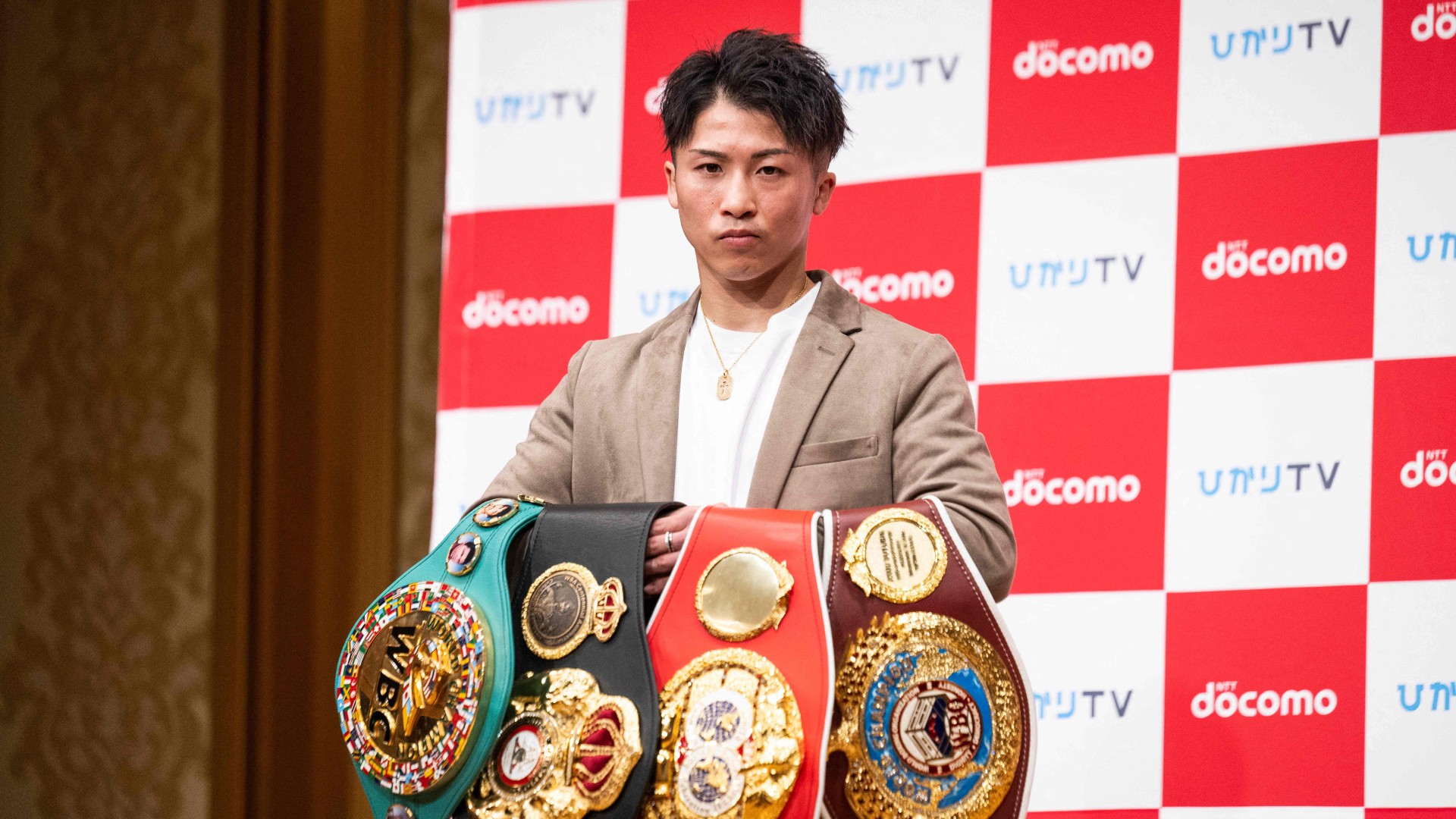 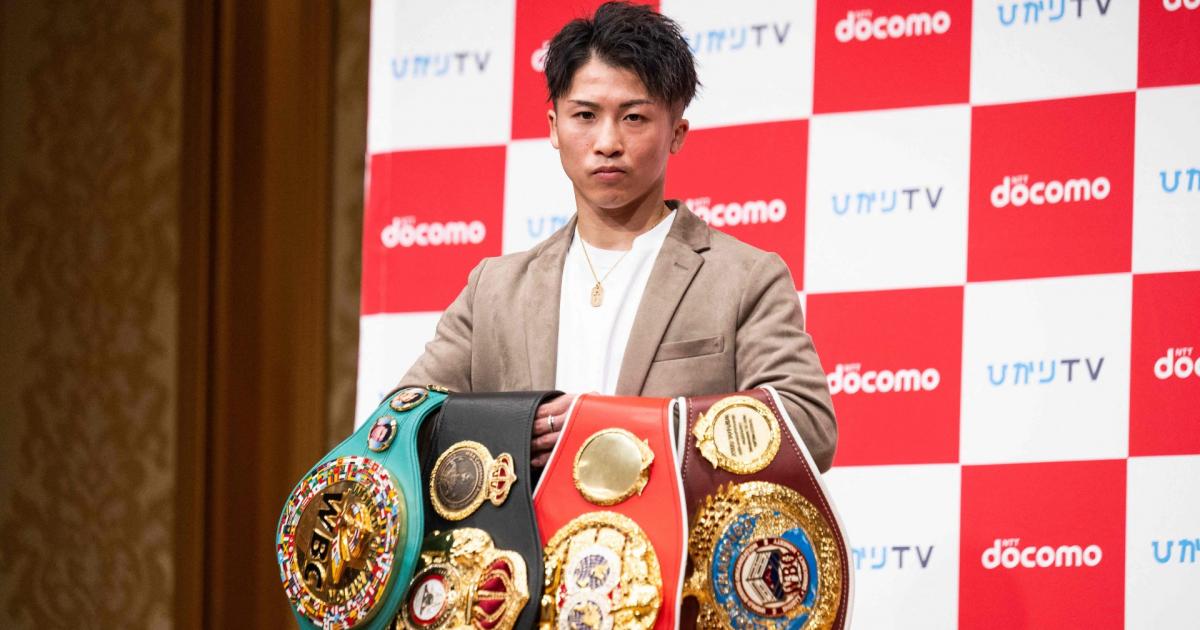 For years Naoya Inoue held a firm grip on boxing’s bantamweight division. ‘The Monster” was unstoppable, beating everyone in front of him with ease. It is now a new era for the division, as Inoue will be moving to bigger things, literally.

During a press conference in Yokohama, Japan, Inoue, the undisputed bantamweight champion, announced his intention to become a four-division champion. That required him to relinquish his undisputed status.

In December, Inoue beat Paul Butler via knockout to become the first-ever Japanese boxer to earn undisputed status in the four-belt era. He will now focus his attention on the super-bantamweight division.

“I would like to inform you that I will return the belts of the four groups with today,” Inoue stated, via Yahoo. “Each belt is a memorable one for me. My thoughts on the competition remain in a different form. In 2023, I would like to move up one weight class and challenge the super bantamweight division. It’s the perfect match, but there’s nothing left to do in this bantamweight division, and there’s no opponent I want to fight.”

Inoue’s move — though widely expected — causes a ripple effect across multiple divisions for 2023 and beyond. Let’s break down the biggest questions that need answering, starting with the big one.

Who will Naoya Inoue fight next?

Inoue stated that he was ready to stay in the bantamweight division until he became undisputed. He always planned to move up in weight.

“At 122 pounds, I can move more, and I think I can demonstrate my strength more,” Inoue told The Ring. “However, that’s just me being able to move better (and be more active). I don’t know how much damage I can do to opponents who should be naturally bigger. It will be an unknown world.”

A move to a new division could mean he is ready to face WBC and WBO super-bantamweight champion Stephen Fulton. Winning WBO gold in January 2021 against Angelo Leo and the WBC belt in 2021 against Brandon Figueroa, Fulton beat Daniel Roman in June to retain his titles.

However, a rematch between Fulton and Figueroa for the interim WBC featherweight title (per Dan Rafael) will reportedly take place on February 25. That leaves a fight against Inoue in limbo, at least for the first half of the year.

Outside of Fulton, another matchup for Inoue could be against Murodjon Akhmadaliev, the IBF and WBA champion. Akhmadaliev is rumored to face off against Marlontapales in spring 2023.

Contenders in the division Inoue could face include Luis Nery, Azat Hovhannisyan, and Ra’eese Aleem.

What’s next for the bantamweight division post-Naoya Inoue?

A battered bantamweight division can finally get some rest knowing “The Monster” is gone. Now, a new wave of contenders will attempt to emerge from the rubble.

Jason Moloney is ranked number one in the bantamweight division by the WBC and WBO. Nonito Donaire is ranked second by the WBC. With Inoue leaving the division, the two could fight for the vacant belt.

“It’s a dream to fight one of the best fighters of the past three decades,” Moloney told Boxing Scene. “Donaire is one of the greatest of all time. Boxing is a gentleman’s sport, I come to do damage in a ring, but I have respect for my opponents, and I can only ever say respectful things about Nonito.

“It’s more motivation, however, to be able to beat such a great fighter, who’s still shown he has plenty in the tank, it defines my legacy as a fighter and a champion. That’s the goal for any fighter, and I hopefully get to do that against Nonito Donaire.”

Takuma Inoue, Inoue’s brother, could be next in line for the WBA title. Vincent Astrolabio beat Nikolai Potapov in an IBF bantamweight eliminator bout in December. Next to him in the rankings is Emmanuel Rodriguez, who Inoue beat for the IBF bantamweight title.

Butler is still ranked high within the WBO. He could potentially challenge for the same belt he held at one point.

As mentioned above, Fulton will reportedly face Brandon Figueroa in a featherweight bout. What could that potential matchup mean for the future of super-bantamweight and featherweight?

Wahid Rahim, Fulton’s trainer, did express a desire to fight the top fighters at super-bantamweight.

“We’re looking at 2023,” Rahim said to The Ring. “We want MJ (Murodjon Akhmadaliev) or Naoya Inoue (the Ring/IBF/WBA/WBC bantamweight champion). MJ seems like he’s ducking us. He got hurt in June. His hand was supposed to be healed by now. If we can’t get those two big fights, it makes no sense for us to be at 122 anymore. The goal is to unify or to face a big opponent. MJ is smart. They’re scared. They’re milking the game right now.”

In the case those fights don’t happen, Fulton may have a unique situation on his hands.

It is assumed that Fulton would get the same option as Vargas, whether he wins featherweight gold or not. If he relinquishes the super-bantamweight titles, that would nix any bout with Inoue. Two titles would also be available, which means a free-for-all.

Luis Nery and Azat Hovhannisyan may face off in a in a WBC eliminator bout. That could turn into a title fight with Fulton potentially out of the picture. Inoue could fight Ra’eese Aleem for the WBO belt.

It is no surprise that Inoue is looking to stay busy in 2023. How would a fight against Fulton affect his status in boxing? What about if he faces someone else for gold?

Along with him, the top pound-for-pound fighters in the world are Canelo Alvarez, Terence Crawford, and Oleksandr Usyk.

Canelo is recovering from wrist surgery and is expected to be back in acton in May. Options for the undisputed super-middleweight champion are John Ryder and a potential rematch with light-heavyweight champion Dmitry Bivol.

MORE: How Ali, Frazier and Foreman gave us the best five-year run in boxing history

Crawford is waiting to fight Errol Spence Jr., with no matchups planned in-between then and his last fight against David Avanesyan. Usyk and Tyson Fury are looking to face one another in an undisputed heavyweight title fight. With a win, one of these two could affect Inoue’s plans to be the top fighter of 2023.

However, if Inoue fights at least twice for gold, then he could control the narrative.

All of this depends on Fulton’s status.