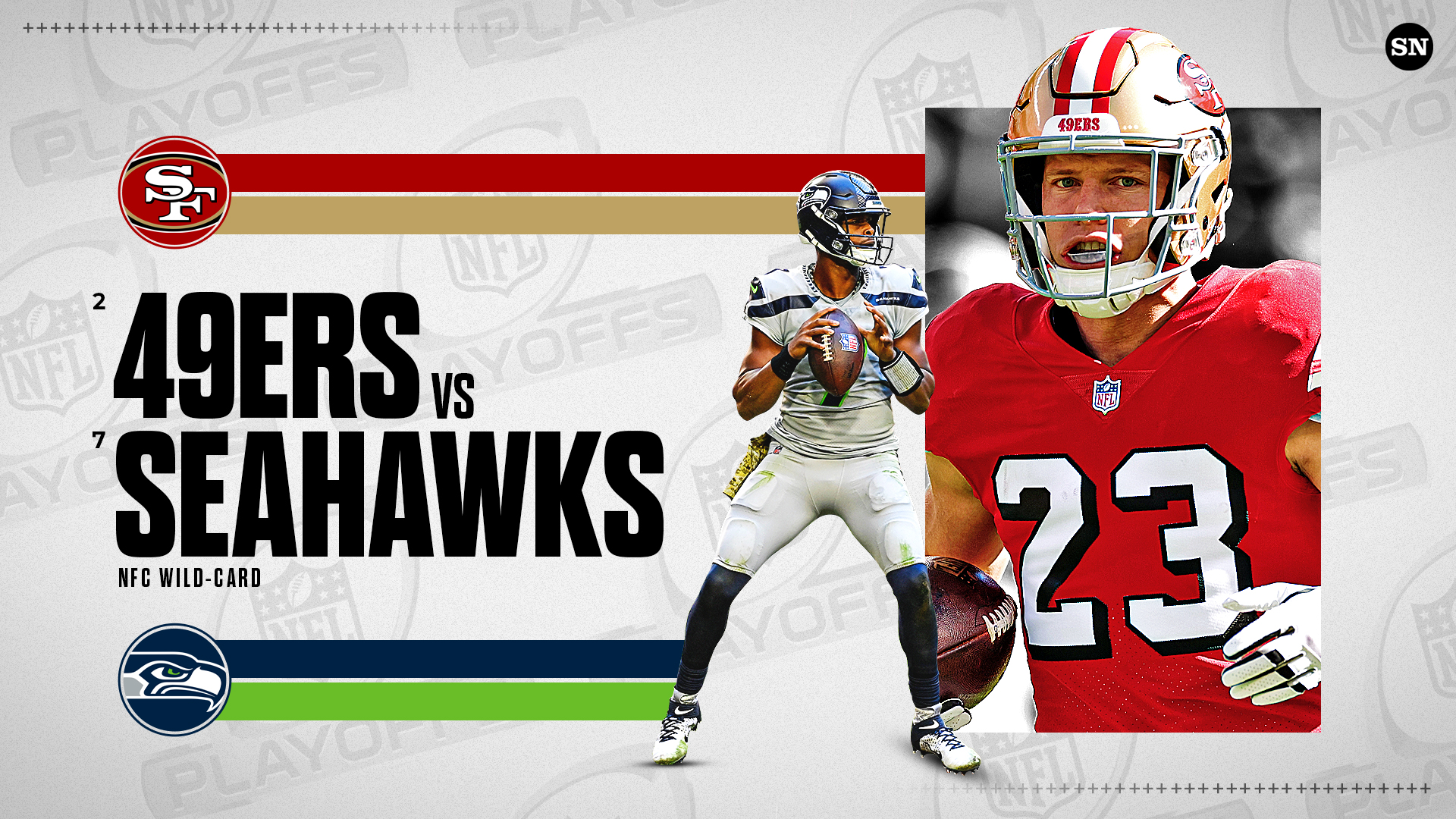 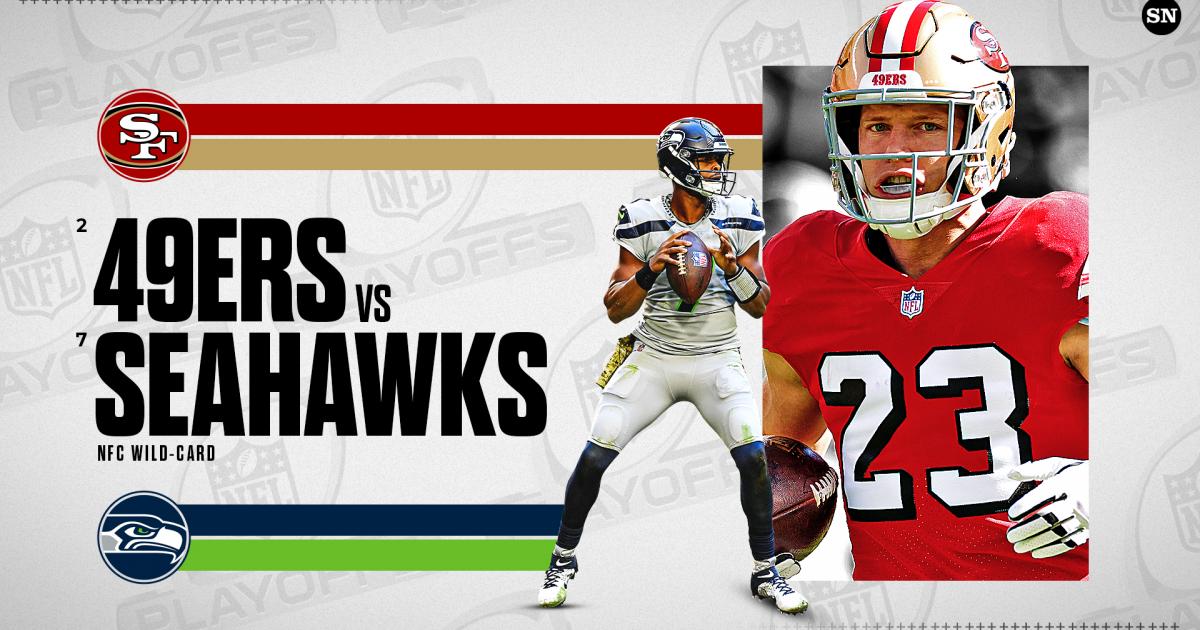 The 2023 NFL playoffs kick off this weekend and up first is an NFC wild-card game between the 49ers and Seahawks.

San Francisco enters the playoffs as the NFC’s No. 2 seed after winning the NFC West. The 49ers began the season 3-4, but won 10 games in a row to end the regular season 13-4.

Seattle sneaked into the playoffs as the No. 7 seed, securing a victory in Week 18 to keep its postseason hopes alive and getting help from the Lions, who defeated the Packers in the final game of the regular season to eliminate Green Bay from postseason contention. The Seahawks went 9-8 on the year and lost their two divisional matchups against the 49ers.

It’s a battle between the rookie and the vet at QB. Brock Purdy’s surprise breakout season in the NFL has kept the train on the tracks in the Bay Area after injuries to Trey Lance and Jimmy Garoppolo nearly derailed their season. Meanwhile, Geno Smith’s career resurgence was crucial in getting Seattle to the postseason, as he set the franchise record for passing yards in a season in the process.

Here is everything you need to know about Seahawks vs. 49ers viewing, including streaming options for the game.

What time is the Seahawks vs. 49ers wild-card game today?

The NFL wild-card game between the 49ers and Seahawks will air on Fox. Viewers who want to stream the game can find it on FoxSports.com, in the Fox Sports app and fuboTV, which offers a free trial.

Viewers in Canada can watch on TSN1/3, CTV and RDS, but they can also stream the game on DAZN, which features every NFL game.

In addition to the options listed above, here are other streaming options for 49ers vs. Seahawks: