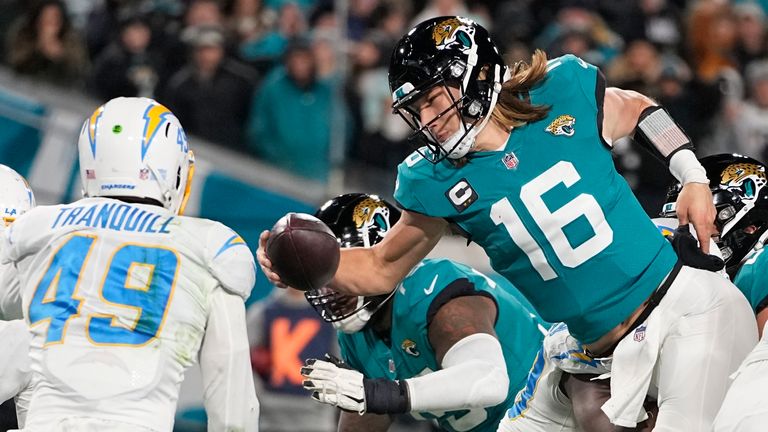 Trevor Lawrence followed four first-half interceptions with four touchdown passes as the Jacksonville Jaguars pulled off one of the biggest comebacks in NFL postseason history in rallying from 27 points down to stun the Los Angeles Chargers in their Super Wild Card Weekend matchup.

Story of the Game

Lawrence engineered the game-winning drive, one highlighted by a crucial 25-yard run by Travis Etienne on a fourth-and-1 play that helped put the Jaguars field goal position.

Riley Patterson then kicked a 36-yard field goal as time expired to cap a stunning turnaround, the third-largest comeback win in NFL history. 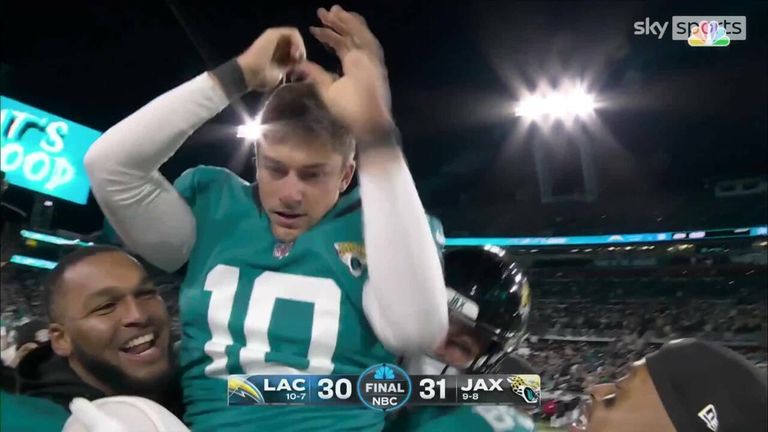 The Buffalo Bills famously rallied from 32 down to beat the Houston Oilers in a 1992 wild card game, while the Indianapolis Colts came back from a 28 points down to beat the Kansas City Chiefs in the same round in 2013.

Asante Samuel Jr. had intercepted three of Lawrence’s four picks, while Austin Ekeler rushed in for two first-half scores for the fifth-seeded Chargers.

Justin Herbert also passed for 273 yards and one touchdown for the Chargers as they built a handy lead before the break. Cameron Dicker kicked three field goals, the final one being the Chargers only points put up in the second half. 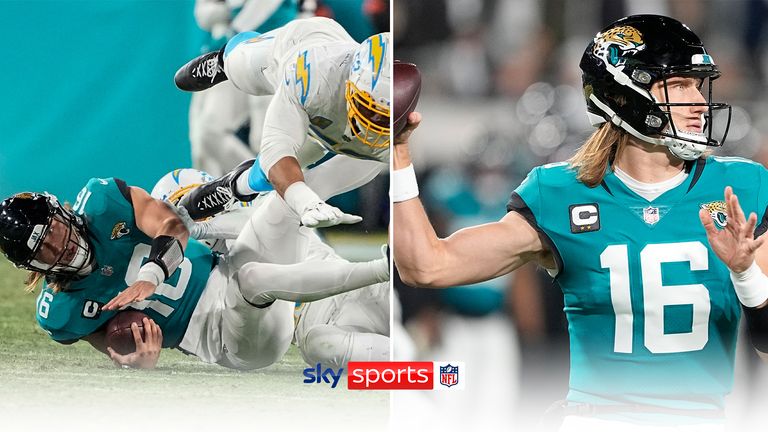 Engram’s score come just before half-time, as Jacksonville trailed 27-7, but the hosts moved closer still to the Chargers after a six-yard scoring strike from Justin Herbert with just over five minutes left in the third quarter.

Dicker booted a 50-yard field to give Los Angeles a 16-point lead later in the third quarter. But Jacksonville struck again as Lawrence connected on a 39-yard scoring pass to Zay Jones with 44 seconds remaining in the third – the subsequent two-point conversion failing, however, meaning the Jags still trailed by 10. 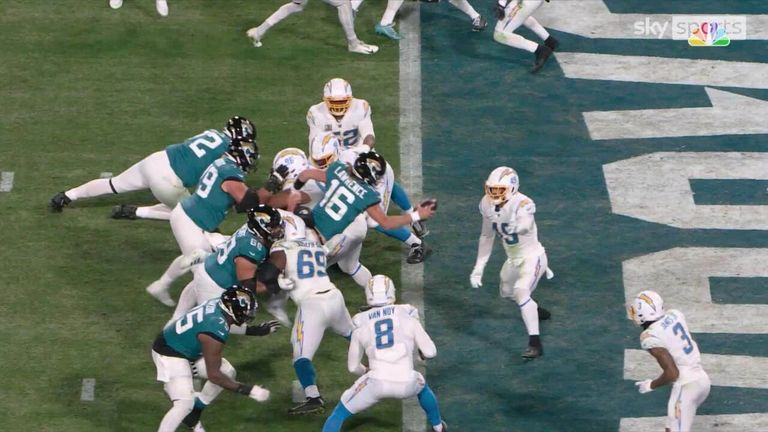 But, with five and a half minutes remaining in the entire game, a gutsy call by head coach Doug Pederson saw Jacksonville move to within two at 30-28, as this time they did convert on a two-point try following Lawrence’s nine-yard TD strike to Christian Kirk and then converted a two-point run.

It left Jacksonville within striking distance of the win, needing only a field goal to book their spot in next week’s divisional round, rather than take the game to overtime. And, in the final throes of the game, Patterson’s kick sailed through the uprights to ensure precisely that reality. 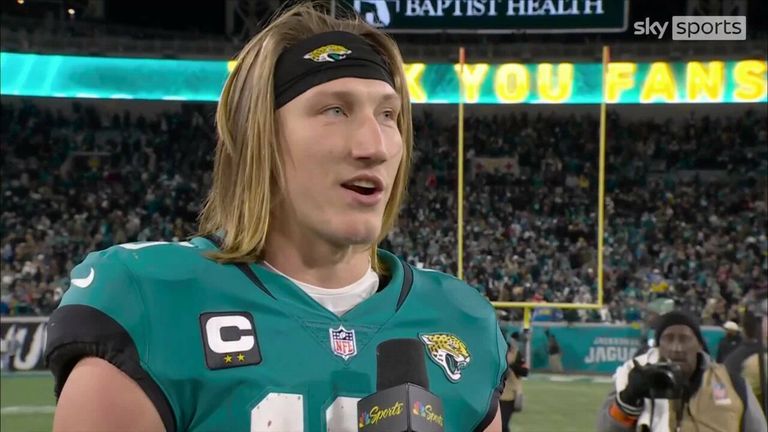 The Buffalo Bills first host the Miami Dolphins (kick-off, 6pm), before the Minnesota Vikings and New York Giants do battle at US Bank Stadium in Minneapolis (kick-off, 9.30pm). The evening wraps up with the Baltimore Ravens’ visit to the Cincinnati Bengals on Sunday Night Football (kick-off, 1.15am).

The wild card round then concludes on Monday night as Tom Brady and the Tampa Bay Buccaneers host ‘America’s Team’, the Dallas Cowboys, live on Sky Sports NFL from 1.15am early on Tuesday morning.