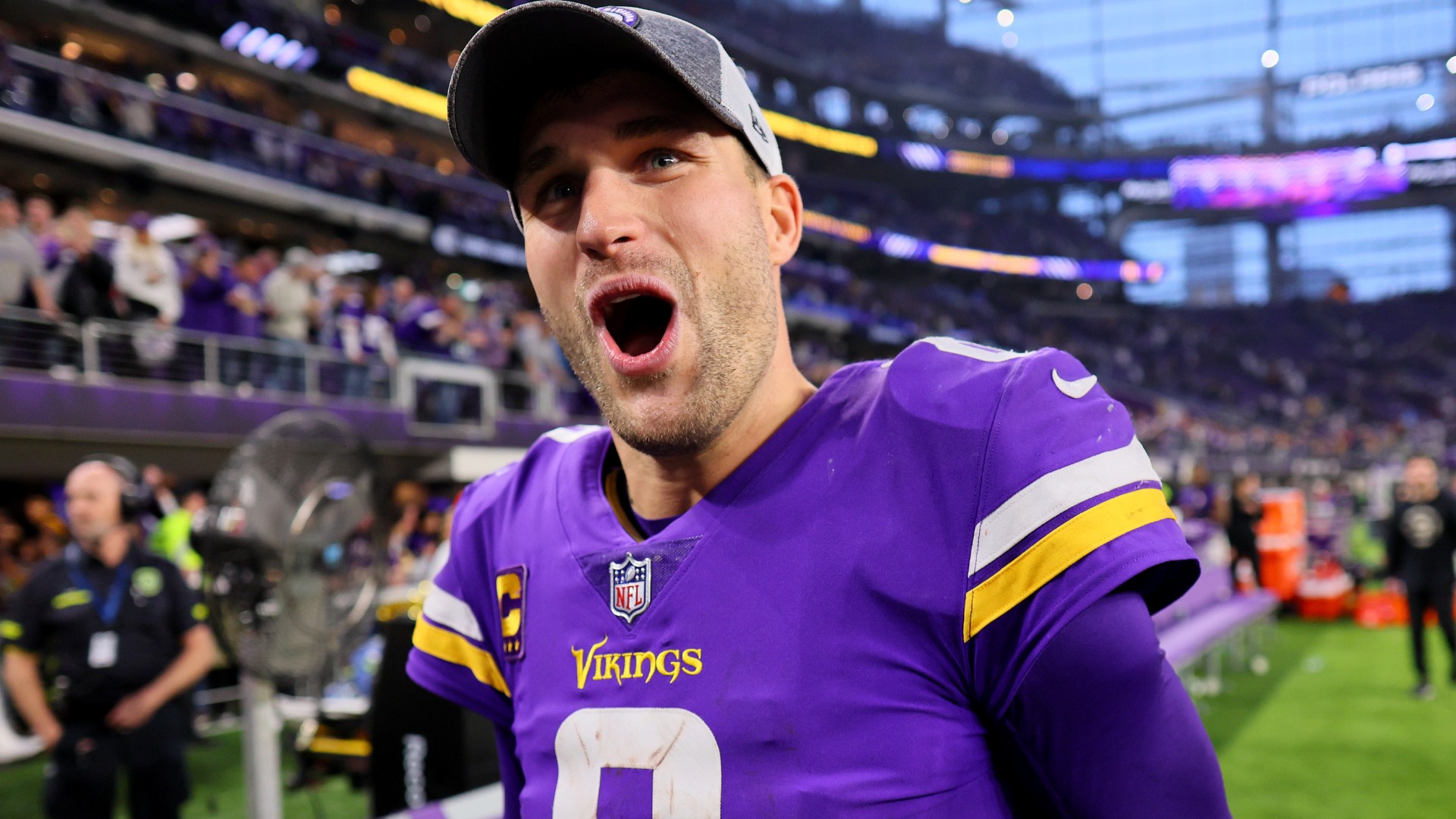 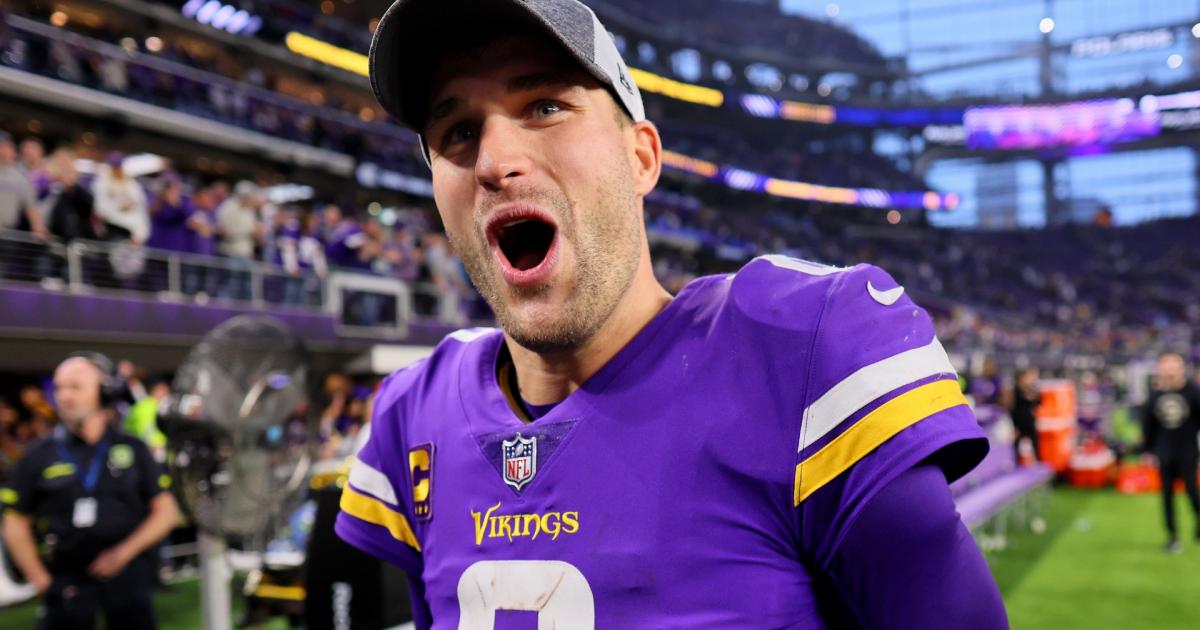 Most NFL teams that put together a 13-4 regular season record and head into the playoffs as the NFC’s No. 3 seed would be widely labeled as a Super Bowl contender. Then again, the 2022 Vikings aren’t most teams.

As Kevin O’Connell’s squad prepares to take on the Giants in a Wild Card playoff showdown this Sunday, many experts have picked New York to pull off the upset. Six out of Sporting News’ seven NFL experts chose Minnesota as the team most likely to be upset in the first round. That’s despite them possessing Justin Jefferson, arguably the best wideout in the league, Dalvin Cook, the NFL’s sixth-best running back by rushing yards, and plenty of talent on defense. They also finished the season just one game behind the Chiefs and Eagles, which are tied for the best record in the NFL at 14-3.

So what gives? Why are so many people so low on the Vikings heading into the playoffs? Well, if you’ve watched them much this season, you know exactly why.

This team has won a lot, but it’s won ugly. And when it has lost, it’s lost ugly, too.

But despite facing deficits in so many of their games, the Vikings have found a way to keep on winning. They’ve pulled off an incredible nine comeback victories this season in games in which they were trailing in the second half.

The list of comebacks is headlined by the stunning Week 15 victory over the Colts, in which the Vikings battled back from a 33-0 halftime deficit to win in overtime. It set the record for largest comeback in NFL history.

Minnesota has put together an outrageous 11-0 record in one-possession games this season, an NFL record.

Of the team’s 13 wins, only two could be described as “comfortable” — a 23-7 win over the Packers in Week 1 and a 29-13 win over the Bears in Week 18). The 2022 campaign was filled with comebacks, nerves and last-second drama for Kirk Cousins and Co.

When the Vikings lost in 2022, they lost badly. None of their four losses were by less than 11 points, and three of the four were complete blowouts.

Despite the 13 wins, the Vikings hold a minus total in average margin of victory at -0.2.

It’s a startling stat considering their record and playoff seeding. Among teams to reach the playoffs, the Vikings are third worst, only to be outdone by the Buccaneers (-2.6) and the Giants (-0.4), whom Minnesota plays in their wild-card match-up.

It should be noted that the Bucs are 8-9 and the Giants are 9-7, whereas the Vikings finished the season 13-4.

Are the Vikings clutch or lucky?

All of this has led many to label Minnesota as a “lucky” team. Is there any truth to that?

First of all, you make your own luck in football. No matter how “lucky” you get during a game, it will never give you a win on its own. You have to be skilled and determined enough to put yourself in position to win in the first place. With that said, the Vikings have had their fair share of good breaks this season.

Here’s a roundup of some of the game-defining moments that went Minnesota’s way in 2022:

Detroit outplayed Minnesota for much of this game, and held a 10-point lead heading into the final quarter. But some questionable playcalling by the Lions helped the Vikings get back into the game. After Austin Seibert missed a 54 yard field goal attempt with 1:10 remaining, Kirk Cousins drove his team down the field and threw the game-winning touchdown to K.J. Osborn with 45 seconds left on the clock.

Cousins finds Osborn to give the Vikings the lead with 45 seconds to go! 🔥

After Greg Joseph gave the Vikings the lead with 24 seconds left, Wil Lutz’s last second kick from 61 yards bounced off the upright, crossbar and then out to deny the Saints from sending it to overtime.

Facing a 10-point deficit in the fourth quarter, Cousins led three scoring drives in the final 11 minutes to stun the Commanders. Minnesota was helped by an untimely unnecessary roughness on Washington that let the Vikings run the clock down to 12 seconds. They also benefitted from a late Taylor Heinicke interception as the Commanders were threatening to score with less than eight minutes remaining.

The Bills seemed in total control of this game coming down the stretch, until suddenly they weren’t. The Vikings scored a touchdown with 4:34 left to pull within 4, then Justin Jefferson made an insane catch on 4th and 18 to keep them alive.

But after a turnover on downs near the goal line, it looked like it was over. Then, Josh Allen literally and figuratively dropped the ball, giving Minnesota a touchdown and the lead with less than a minute on the clock. Buffalo managed to force overtime with a field goal, but Joseph connected on another game-winner to pull off an incredible comeback.

VIKINGS TOUCHDOWN ON THE FUMBLED SNAP.

Simply put, this was the greatest comeback in NFL history. The Colts came out and shocked the world in the first half, building a seemingly insurmountable 33-0 lead even without the services of lead back Jonathan Taylor. Then, the wheels fell off. The Vikings scored five touchdowns in the second half, and 64 yard TD pass to Dalvin Cook led to a game-tying two-point conversion in the final minutes. Joseph once again walked it off in overtime, nailing a 40 yard field goal to give Minnesota the unlikeliest of victories.

THE @VIKINGS CAP OFF THE LARGEST COMEBACK IN NFL HISTORY.

Joseph’s incredible year continued with another walk off field goal, this time from all of 61 yards. It was the longest made kick in franchise history. The Giants tied it up with about two minutes remaining, but after Justin Jefferson made a huge catch to reach the very edge of field goal range, Joseph did the rest.