Six reasons why Brandon Staley, Chargers blew a 27-0 lead in their AFC wild-card playoffs loss to the Jaguars 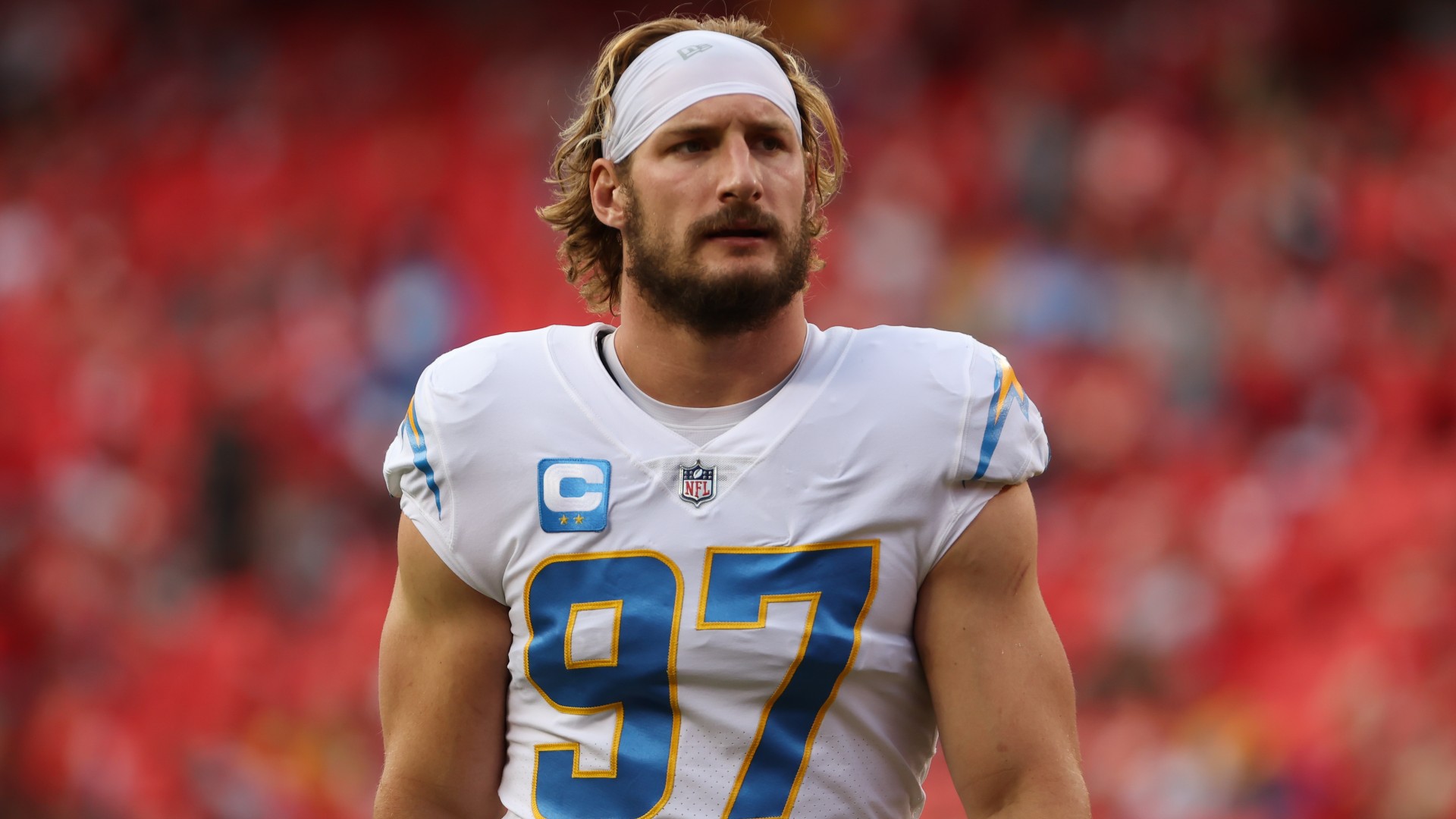 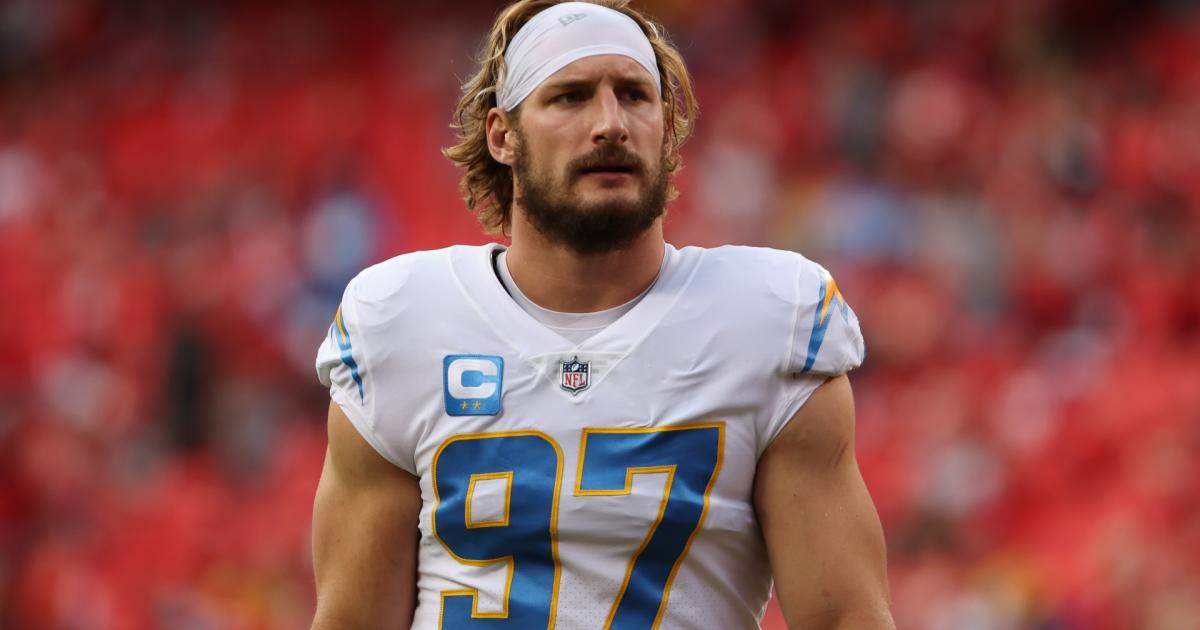 Count the hard-luck Chargers among the unfortunate teams who have blown a massive lead in the NFL playoffs. Los Angeles opened up a 27-0 first-half advantage in its AFC wild-card matchup in Jacksonville, only to lose 31-30 on the final play of regulation.

After scoring those 27 points in the first 25 minutes of the game, the Chargers were outscored 31-3 the rest of the way. After intercepting Trevor Lawrence four times in the first half, their defense allowed Lawrence to recover to throw four TD passes. The offense, meanwhile, failed to extend the lead enough.

Only the Oilers (now Titans) in 1993 (32 points) and the Chiefs In 2014 (28 points) lost after leading a playoff games by more. Chargers second-year coach Brandon Staley already wasn’t safe from the hot seat despite a first playoff appearance. With the Sean Payton rumors heating up, Staley may not put be able to put out the fire.

So how, exactly, did the Chargers collapse? Here’s a breakdown of the breakdown:

1. The Chargers didn’t manage the clock well late in the first half

Staley’s defense, protecting a 27-0 lead, immediately forced a three-and-out after Cameron Dicker’s second field goal and got the ball back to the offense with 3:11 left in the second quarter.

Instead of running three times to work on the clock, Justin Herbert threw an incompletion on first down and ultimately wasn’t able to covert a third-and-short. The Chargers failed to tick off enough seconds and maintain possession ahead of the two-minute warning, given the Jaguars still had all three timeouts.

A short punt gave Jacksonville the ball at midfield on the ensuing possession. The Jaguars now had plenty of time to end the half with a touchdown drive that cut the lead to 27-7. The Chargers gave the Jaguars sudden hope, and it carried into the second half.

2. The Chargers’ defense couldn’t disguise as well in the second half and were worn down by the Jaguars’ tempo

Jaguars offensive-minded coach Doug Pederson was smart to attack the Chargers with a faster-paced style in the second half that included Lawrence spreading the ball around quickly with shorter passes to regain his rhythm and confidence. The Chargers didn’t have as much time to respond and confuse Lawrence.

The early turning point was when Staley and the Chargers called an effective cornerback blitz, with nickel back Bryce Callahan sacking Lawrence just outside the red zone on third-and-long. Instead of the sack knocking the Jaguars back to the edge of field-goal range, Joey Bosa was flagged for lining up offside, negating the play. Five plays later, the Jaguars were in the end zone and the Chargers had been on the field for a grueling seven-plus minutes.

3. The Chargers’ run defense woes caught up to them

Staley’s defense was much better against the pass this season because of its edge rush featuring Bosa and Khaill Mack and top secondary play from Asante Samuel Jr., Michael Davis, Derwin James and others. But the team finished 28th in the regular season in rushing yards allowed per game (145.8). That weakness reared its head when it counted most.

Despite the big deficit, the Jaguars stuck with feeding running back Travis Etienne Jr. all the way through his 20th attempt, a 25-yard burst on fourth-and-1 with 1:27 left in the game. That put him up to 109 rushing yards and set up Riley Patterson’s chip-shot game-winning field goal.

What a second-half comeback for Trevor Lawrence and Travis Etienne.

Holy cow, though, what a play-call.

Before Etienne’s final memorable run, he was instrumental in all three of the Jaguars’ second-half TD drives.

With wide receiver Mike Williams (back) not playing, losing No. 3 wideout DeAndre Carter (ankle) was a big loss behind Keenan Allen and Josh Palmer. It set up the Jaguars’ pass defense to double-team Allen and force Herbert to throw the ball to others in the second half.

Rookie left tackle Jamaree Salyer, who was a solid fill-in for injured stalwart Rashawn Slater during the regular season, hurt his ankle and needed to toggle in and out of the game with an ineffective Foster Sarell.

The Chargers also lost Davis to a pectoral injury. He was providing tight coverage opposite Samuel, who had three of the interceptions. There a natural big dropoff from Davis to sixth-round rookie Ja’Sir Taylor.

Herbert once again had to deal with lesser blocking and limited weapons as the Chargers adapted by using more multiple-tight end sets. Lawrence, on the other hand, saw more of the field open up for his wide receivers.

The Chargers did a good job managing a rash of key injuries all season, but in the end, the injuries Saturday became too much to overcome in a win-or-go-home setting.

5. The Chargers’ best defensive player let them down

The 49ers saw Nick Bosa make a game-changing play, a forced fumble to help finish off the Seahawks on Saturday afternoon. Joey Bosa had a hand in Lawrence’s first interception, tipping it to linebacker Drue Tranquil. But the Chargers needed him to take over in the second half to help Mack and the rest of the front seven. That didn’t happen. He complained about non-penalties, but the bottom line is, he didn’t come through with the necessary pressure on Lawrence.

MORE: Pederson says Bosa penalty pushed him to go for 2 in critical moment

Instead, Bosa ended up making one huge mental error with the offside that cost his team points. Then, he cost the Chargers another, crucial point when he drew an unsportsmanlike conduct penalty for removing his helmet at the end of the Jaguars’ last TD drive. That set up Pederson and the Jaguars to go for a 2-point conversion from the 1-yard line, which was delivered by an easy Lawrence sneak. Jacksonville had cut LA’s lead to 30-28.

Austin Ekeler scored two first-half TDs, but otherwise the dynamic, versatile and often explosive back had a limited impact on the game. As a team, the Chargers ran just 23 times for 67 yards, including three Herbert scrambles.

Ekeler, somehow, got only 11 carries outside of his two early scoring runs. He also saw only four targets, catching two passes for 8 yards. Limiting Ekeler to 15 total touches while playing with a big lead and being short-handed in the receiving corps was unacceptable. Offensive coordinator Joe Lombardi should have schemed to free up Ekeler more, even via dumpoffs as an extension of the running game. The Jaguars’ defense wasn’t that daunting for the Chargers to not have Ekeler involved and primed to have maximum impact.

On offense, defense and special teams (the short punt, a Dicker missed field-goal attempt), the Chargers made more mistakes than big plays and canceled out those four interceptions. Staley and Lombardi played a big role by not continuing to put their players in positions to succeed with a lead.