What happened to Damar Hamlin? Timeline of Bills safety’s cardiac arrest and his ‘remarkable’ recovery 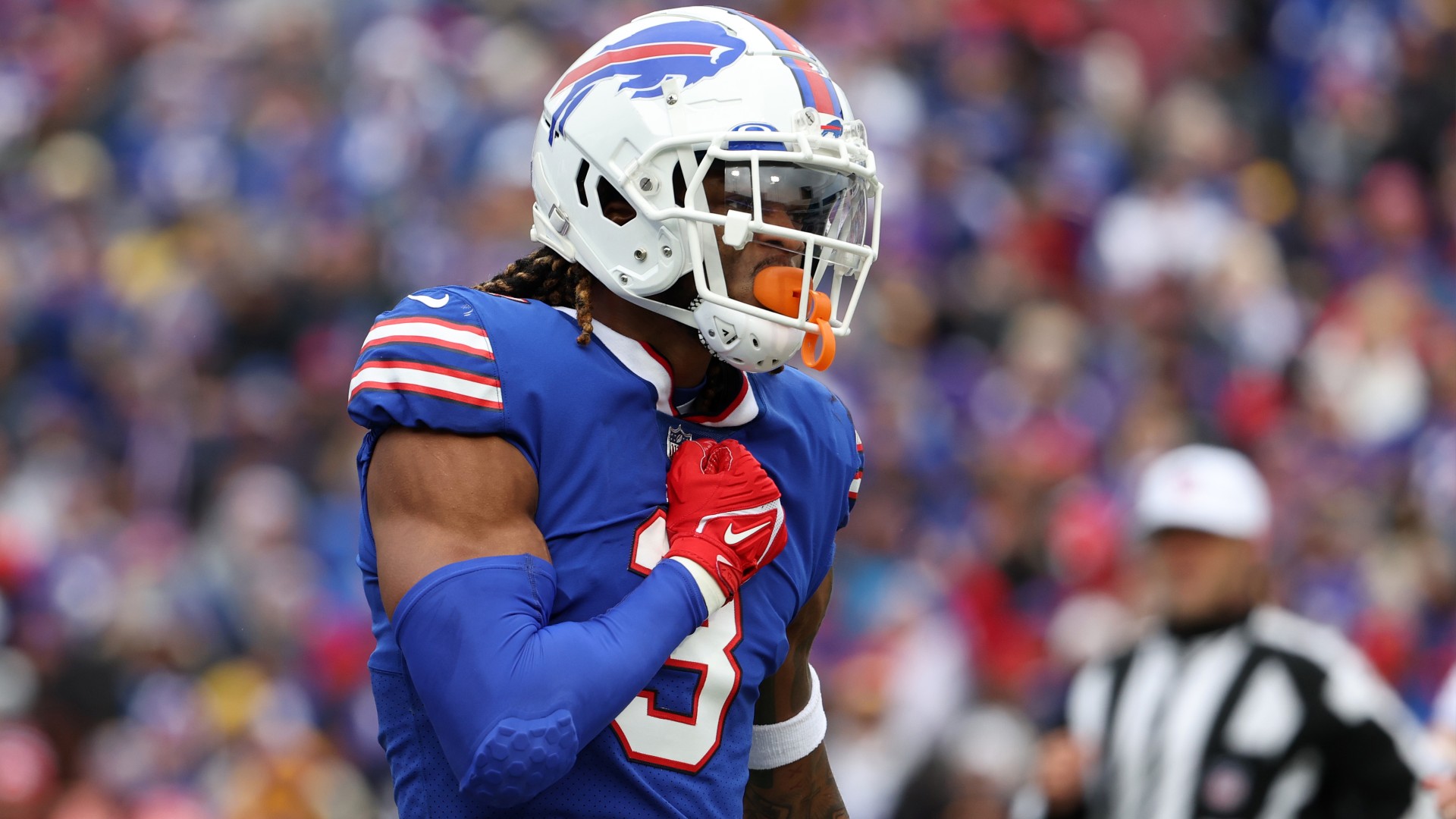 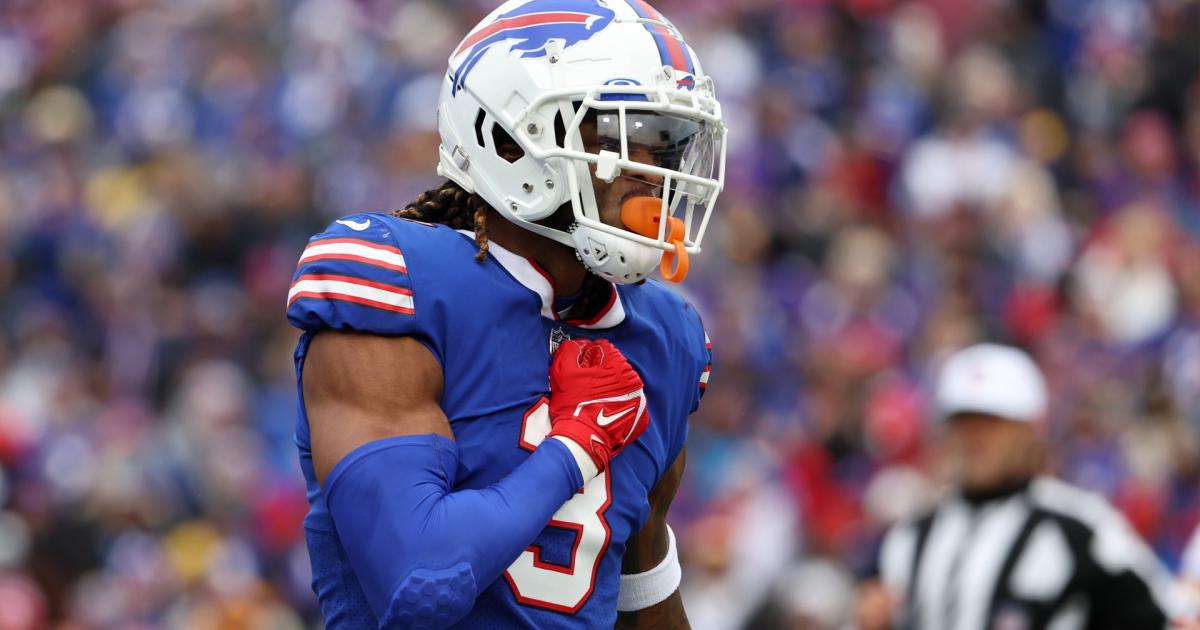 Damar Hamlin entered the Bills’ Week 17 meeting with the Bengals as an anonymous part of Buffalo’s defense.

The 2021 sixth-round pick was in the midst of a career year. He helped to replace Micah Hyde after the veteran safety was injured, and he recorded 91 tackles, 1.5 sacks and a forced fumble in that role.

Still, few knew much about Hamlin because of the more prominent stars on Buffalo’s defense.

That changed quickly during the Bills’ visit to Cincinnati.

Hamlin suffered cardiac arrest on the field after making what appeared to be a routine tackle against the Bengals. This caused a frightening scene: Hamlin was administered CPR on the field as players from both teams watched in horror.

Fans who were watching the game quickly shifted their focus to Hamlin’s health. An outpouring of support, thoughts, prayers and messages of healing were sent Hamlin’s way as he fought for his life in the intensive care unit at University of Cincinnati Medical Center.

Hamlin survived and is now in recovery. He is reportedly making “remarkable” progress.

Below is a full timeline of what happened to Hamlin, from his medical scare to his time in the hospital to his eventual return to Buffalo.

8:59 p.m.: Damar Hamlin suffers cardiac arrest after tackling Tee Higgins in the first quarter of the Bills vs. Bengals game. It wasn’t immediately known what happened to Hamlin, who initially got to his feet before collapsing to the turf.

Bills medical staffers quickly attended to Hamlin on the field, and a stretcher and ambulance came out to treat him. He received CPR as members of the Bills and Bengals looked on, horrified.

Hamlin was taken to University of Cincinnati Medical Center. The game was suspended and later postponed. Members of the Bills organization went to visit Hamlin — whose status was unknown at that point — in the hospital.

11:23 p.m.: Hamlin’s agent, Ira Turner, announces that there will be no updates about his client on Monday night.

“Please continue to pray for Damar and his family. We currently have no update at this time. Will ask that you keep the family in your prayers.“

It was originally reported that the hospital would provide an update on Hamlin’s status, but that did not occur Monday, either.

1:48 a.m.: The Bills announce that Hamlin had suffered a cardiac arrest on the field but had his heartbeat restored. He is in the intensive care unit and listed in critical condition.

Damar Hamlin suffered a cardiac arrest following a hit in our game versus the Bengals. His heartbeat was restored on the field and he was transferred to the UC Medical Center for further testing and treatment. He is currently sedated and listed in critical condition.

11:44 a.m.: The Hamlin family releases a statement via Hamlin’s marketing rep and family friend Jordon Rooney, thanking the first responders and those across the country offering love and support. They do not provide an update on Hamlin’s condition.

On behalf of our family, we want to express our sincere gratitude for the love and support shown to Damar during this challenging time. We are deeply moved by the prayers, kind words, and donations from fans around the country.

We also want to acknowledge the dedicated first responders and healthcare professionals at the University of Cincinnati Medical Center who have provided exceptional care to Damar. We feel so blessed to be part of the Buffalo Bills organization and to have their support. We also want to thank Coach Taylor and the Bengals for everything they’ve done.

Your generosity and compassion mean the world to us.

Please keep Damar in your prayers. We will release updates as soon as we have them.

1:43 p.m.: The Bills announce in a statement that Hamlin remained in the ICU overnight. He remains in critical condition.

Damar Hamlin spent last night in the intensive care unit and remains there today in critical condition at the University of Cincinnati Medical Center.

We are grateful and thankful for the outpouring of support we have received thus far.

8:19 p.m.: Hamlin’s uncle Dorrian Glenn provides with an update on his nephew’s condition:

“A lot of people don’t get to see how loved they are while they’re alive, so for him to have a situation where he could have been taken away and he has a chance to come back and see all that love that he got.”

9:24 a.m.: ESPN’s Coley Harvey reports there was “promising” progress from Hamlin overnight Tuesday into Wednesday. He remains in the ICU and in critical condition, however.

Per Jordon and Damar’s family, doctors overnight got promising readings that they had been hoping to see by this morning. Jordon couldn’t go into specifics, but progress appears to be made.

10:50 a.m.: Rooney tells NFL Network that there are promising signs surrounding Hamlin’s recovery. He also clarifies that Hamlin was resuscitated once, not twice, while on the field.

1:30 p.m.: The news surrounding Hamlin continues to be good. The Bills announce he is “showing signs of improvement.”

Damar remains in the ICU in critical condition with signs of improvement noted yesterday and overnight.

He is expected to remain under intensive care as his health care team continues to monitor and treat him.

7:47 a.m.: ESPN’s Adam Schefter reports that Hamlin’s father, Mario Hamlin, had a Zoom conversation with members of the Bills. He told the group that his son was “making progress” in his recovery.

Damar Hamlin’s father, Mario Hamlin, addressed the entire Bills team on a zoom call Wednesday to personally update everyone in attendance on his son, per source. Mario Hamlin informed the Bills that Damar was making progress and, in the words of one source, “the team needed it.”

10:28 a.m.: The Bills provide the most promising update on Hamlin to date. The team says he has shown “remarkable improvement over the last 24 hours,” per the physicians caring for him at UC Medical Center, and “appears to be neurologically intact.”

Damar Hamlin has been gripping the hands of those close to him. Another very positive sign. https://t.co/GpabbnqTWm

1:40 p.m.: Dr. Timothy Pritts from the UC College of Medicine provides an update on Hamlin. He says medical personnel have reached a “turning point” and that Hamlin has shown “substantial improvement” over the last 24 hours.

“He is beginning to awaken and it appears his neurological condition and function is intact,” Pritts said, per NFL Network’s Tom Pelissero.

Dr. Knight says immediate recognition of a serious situation and loss of pulse by the #Bills medical staff was critical, allowing Hamlin to get immediate bystander CPR and defibrillation. “We cannot credit their team enough.”

1:45 p.m.: The doctors also report that Hamlin was not speaking yet because he still had a breathing tube in. They were communicating with him via pen and paper, and one of the first things he asked them after waking up was, “Did we win?”

Damar Hamlin writes did we win?

10:10 a.m.: The Bills report that Hamlin’s breathing tube was removed overnight. He is now breathing on his own, talking to his family and “progressing remarkably in his recovery.”

Per the physicians at UCMC, Damar’s breathing tube was removed overnight. He continues to progress remarkably in his recovery.

His neurologic function remains intact and he has been able to talk to his family and care team.

10:24 a.m.: Additionally, the Bills report that Hamlin was able to FaceTime into one of the Bills’ meetings ahead of their game against the Patriots. He said “Iove you boys” to the team.

Damar Hamlin FaceTimed into our team meeting today to talk to players and coaches.

What he said to the team: “Love you boys.” ❤️ pic.twitter.com/8dorrWNaxt

11:51 a.m.: The Bills announce that they will honor Hamlin during their game against the Patriots by wearing a No. 3 patch on their jerseys.

We’ll be wearing a special “3” patch on Sunday for our guy @HamlinIsland.

There will be a number of tributes for Damar Hamlin across the NFL during Week 18: https://t.co/YhD5s9k2jx pic.twitter.com/SlIviqGriI

Several other NFL teams also plan tributes to Hamlin, as does the NFL office.

5:34 p.m.: Fans get their first visual of Hamlin since he was taken off the field in Cincinnati via ambulance.

Our first visual of Damar Hamlin since the injury. Smiling. #ForDamar pic.twitter.com/KQS95n20ab

Hamlin posts an Instagram message thanking everyone for the support and love he received while he was in the hospital.

11:17 a.m.: Hamlin posts a message on Twitter about getting ready for Bills vs. Patriots. He wishes he was at the game but is happy to be watching it.

GameDay.. Nothing I Want More Than To Be Running Out That Tunnel With My Brothers. God Using Me In A Different Way Today. Tell Someone You Love Them Today! 🫶🏾3️⃣ let’s go @BuffaloBills ❤️💙 pic.twitter.com/XgA7S3Bpvn

12:58 p.m.: Hamlin shares a picture of himself in his hospital room preparing to watch the Bills vs. Patriots game. He and others are clad in “Love for Damar” T-shirts.

1:01 p.m.: Hamlin shares plenty of his thoughts throughout the day about the Bills game. His most notable tweet comes after Nyheim Hines returns the opening kickoff for a touchdown. Hamlin’s simple response: “OMFG!!”

Here are some of his best tweets from the day.

3:10 p.m.: After a week at UC Medical Center, Hamlin is released and transferred to Buffalo. He still needs to remain hospitalized, but this marks another big step forward in his recovery.

2:15 p.m.: The Bills provide another update on Hamlin’s status. He remains in the hospital and is undergoing “a series of tests and evaluations.” The Bills say he is in good spirits.

Hamlin is going through a series of testing and evaluation today.

11:30 a.m.: After nine days in the hospital, Hamlin is able to go home. The Bills announce that he has been discharged from Buffalo General Medical Center after a “comprehensive medical evaluation.”

“We are confident that Damar can be safely discharged to continue his rehabilitation at home and with the Bills.”