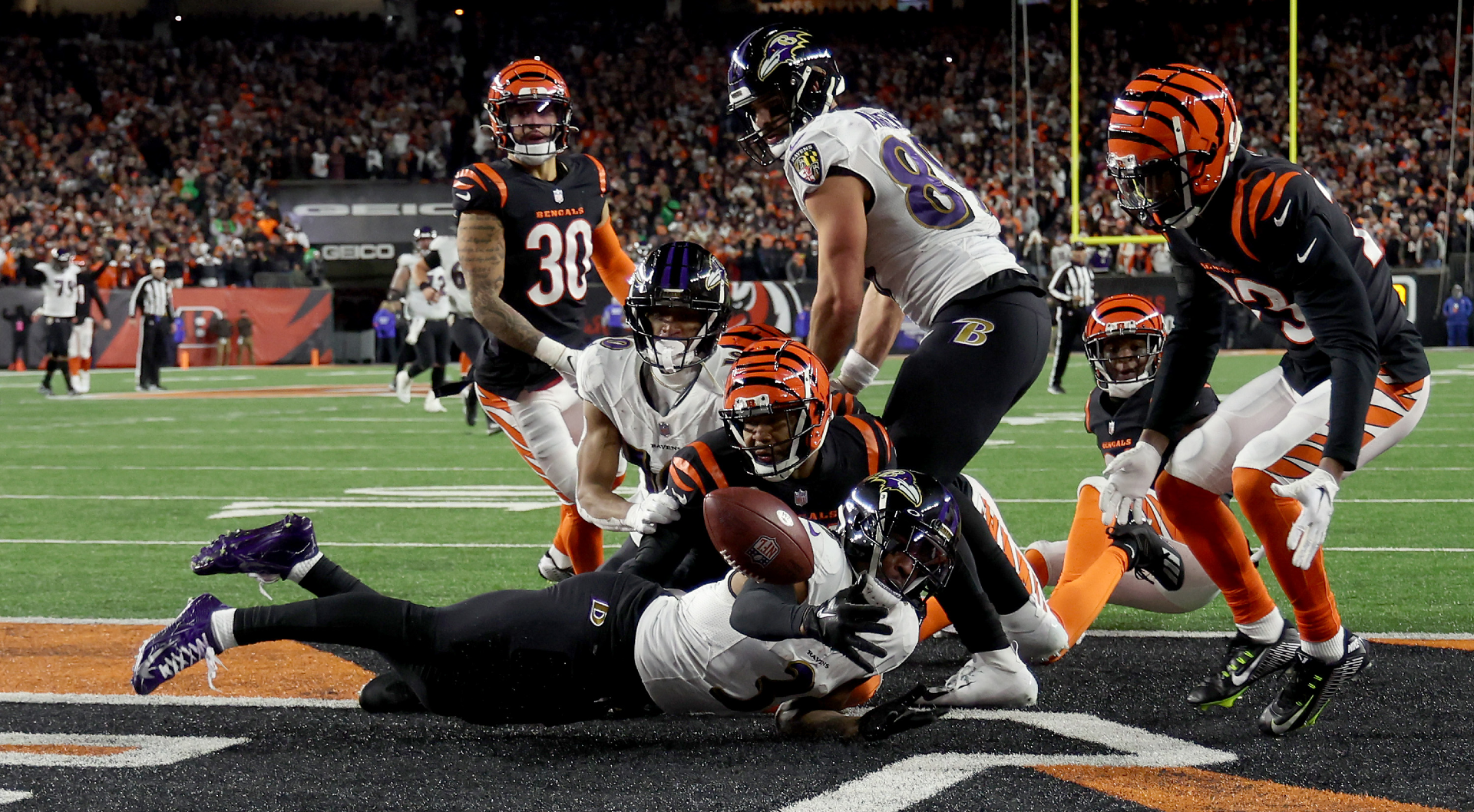 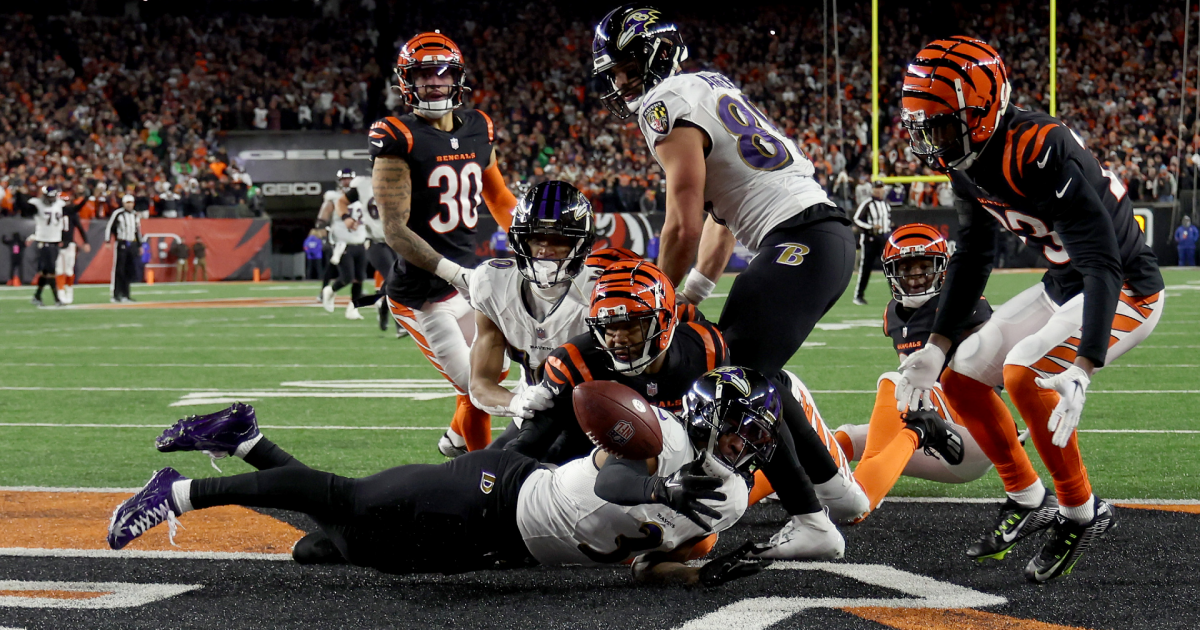 The Ravens might have mismanaged the end of their final drive in Sunday’s wild-card loss to the Bengals, but James Proche nearly saved the day.

Facing a fourth-and-20 from Cincinnati’s 27 in the final seconds, Tyler Huntley did what he needed to do and aired it out. The pass was deflected by a leaping Mike Hilton in the end zone and fell behind a pack of defenders.

Ravens receiver James Proche was able to get his hands on — but not around — the ball.

James Proche will think about this for the rest of his life. pic.twitter.com/jH0GOtpOEt

Proche just didn’t react quickly enough, but it’s tough to blame him with the way the ball deflected off Hilton.

With another half-second to prepare, Proche might’ve come down with one of the most unbelievable touchdowns in Ravens history and given Baltimore a chance to tie or win.

Instead, Baltimore’s season reached its end point and an offseason centered on questions about Lamar Jackson’s future began.

That offseason will first begin with questions about why the end of the game even required a Hail Mary attempt. The Ravens started their drive in Bengals territory with more than three minutes remaining but wasted a large chunk of time while John Harbaugh held onto two timeouts.

With a limited passing game and not enough time on the clock, a miracle by Proche was Baltimore’s only hope.

As much as the little-used receiver would like to have that moment back, the Ravens’ loss falls on much more than just a near-miracle with zeros on the clock.