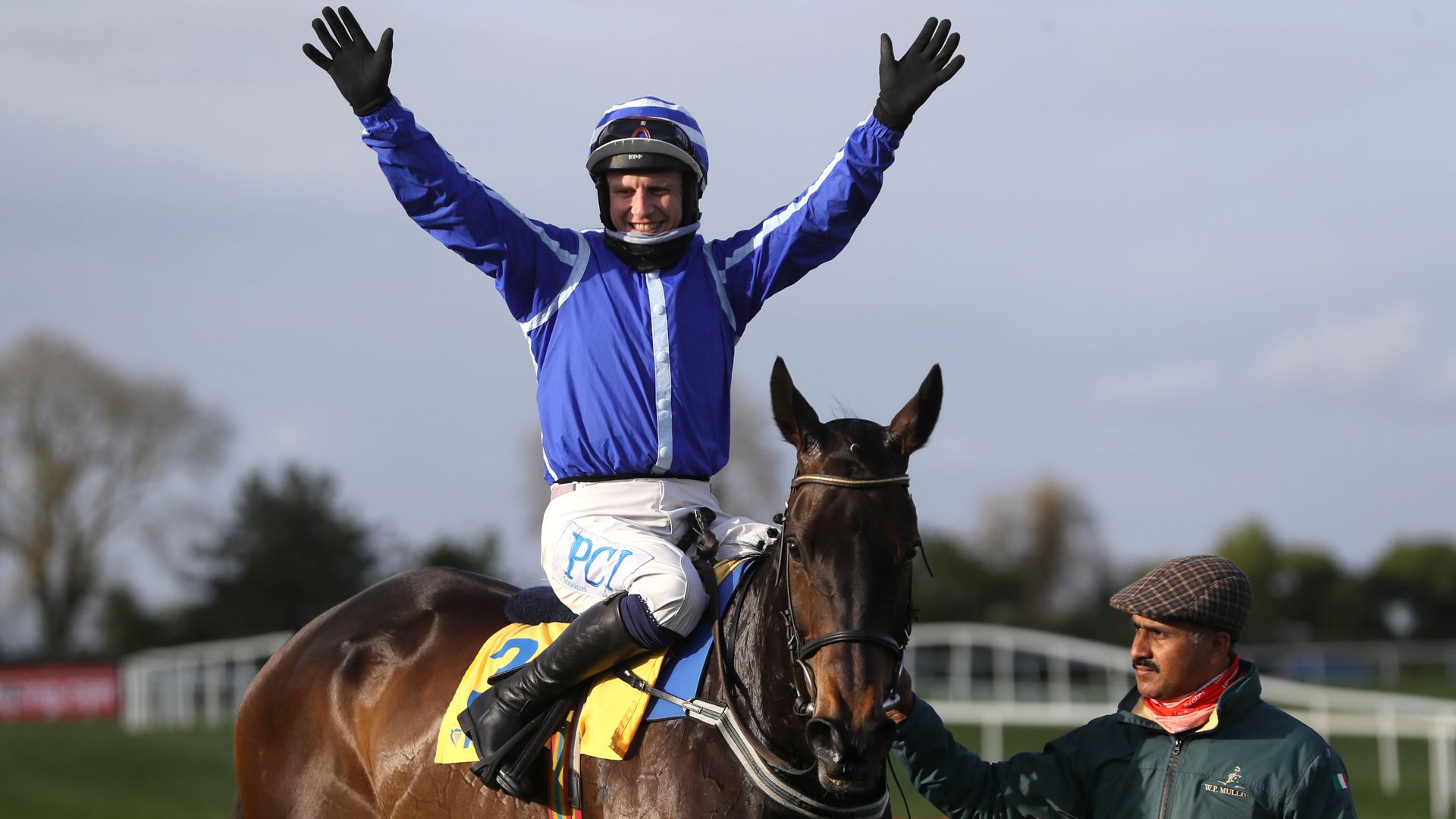 Energumene and Edwardstone remain on course for a headline clash in Saturday’s LK Bennett Clarence House Chase at Ascot.

The Willie Mullins-trained Energumene was involved in an epic duel in last year’s renewal, going head-to-head with Shishkin up the straight before eventually having to give best to Nicky Henderson’s runner by a length at the line.

He returned with a bloodless victory in the Hilly Way Chase at Cork last month and is an odds-on favourite to beat Edwardstone this weekend.

“Energumene is in great form and has come out of Cork really well. Imran (Haider), who rides him out and looks after him, is delighted with him, so it is all systems go for Ascot,” said assistant trainer Patrick Mullins.

“It is shaping up to be a great race with Edwardstone in there as well. He is last season’s Arkle winner and I was blown away by his performance in the Tingle Creek. It should be a proper race, just like last year.

“We had a good, hard race in defeat last year but it did not dent our chances in the Champion Chase and we are following the same route again this season.”

Alan King’s plans for Edwardstone were thwarted by the weather earlier in the autumn, but he eventually returned to action when cantering home in the Tingle Creek Chase at Sandown at the start of December.

He got no further than the fifth fence in the Desert Orchid Chase at Kempton over Christmas though, leaving last season’s Arkle hero to go on something of a retrieval mission here.

On the prospect of taking on Energumene, King said: “This is what we do it for, isn’t it? That is why I got hooked on racing as a kid – some of those great battles. Grade One races should be like that. It is what racing is all about.

“At least Energumene will be favourite. That takes a little bit of the pressure off, doesn’t it? Look, I can only worry about my horse really and try to get him there in top form and see what happens. It could be a real spectacle.”

From an initial entry of eight, only one other horse has stood their ground for the £175,000 feature in Joe Tizzard’s Amarillo Sky.

He has won handicap heats at Cheltenham and Newbury this term, but is rated 25lb behind Energumene and 19lb adrift of Edwardstone.

Will Edwardstone vs Energumene live up to the 2022 Ascot thriller?

Last year’s epic Clarence House Chase clash between Shishkin and Energumene was hotly anticipated and fully lived up to the billing with the pair of two-mile heavyweights locking horns all the way up the straight in a memorable match-up.

Paul Townend and Energumene looked to have the defending Champion chaser in trouble turning for home after kicking from the final turn.

But Shishkin was galvanised by Nico de Boinville, edging back into the contest at the last fence before powering into the lead in the final 100 yards.

It would be Energumene and Mullins who had the last laugh, though, winning the Champion Chase on heavy ground at Cheltenham while Shishkin was pulled up in the first mile of the race.

Energumene has continued that flawless run with an easy success at Cork, while Shishkin could only finish third in the Tingle Creek at Sandown and will now step up in trip.