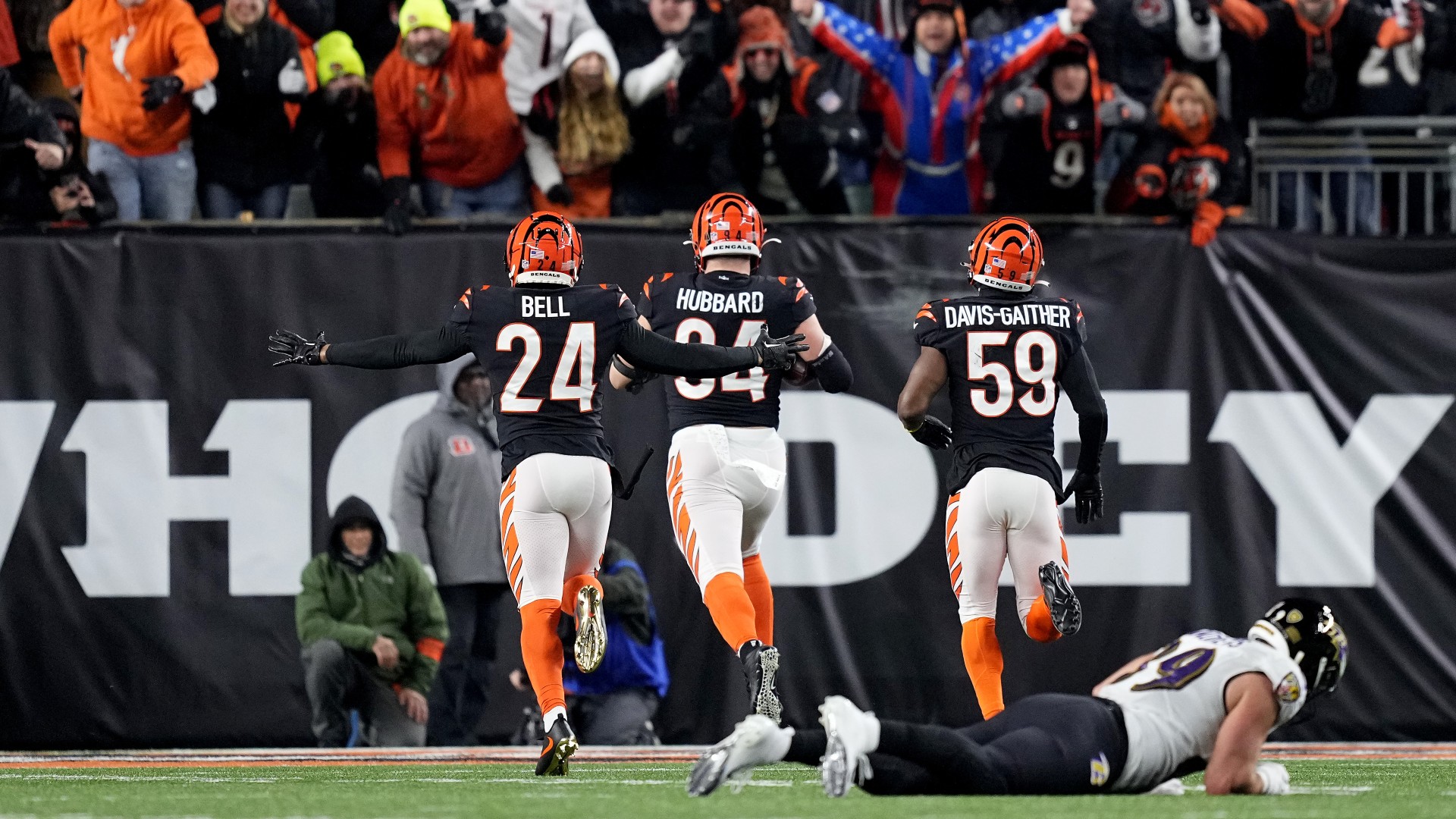 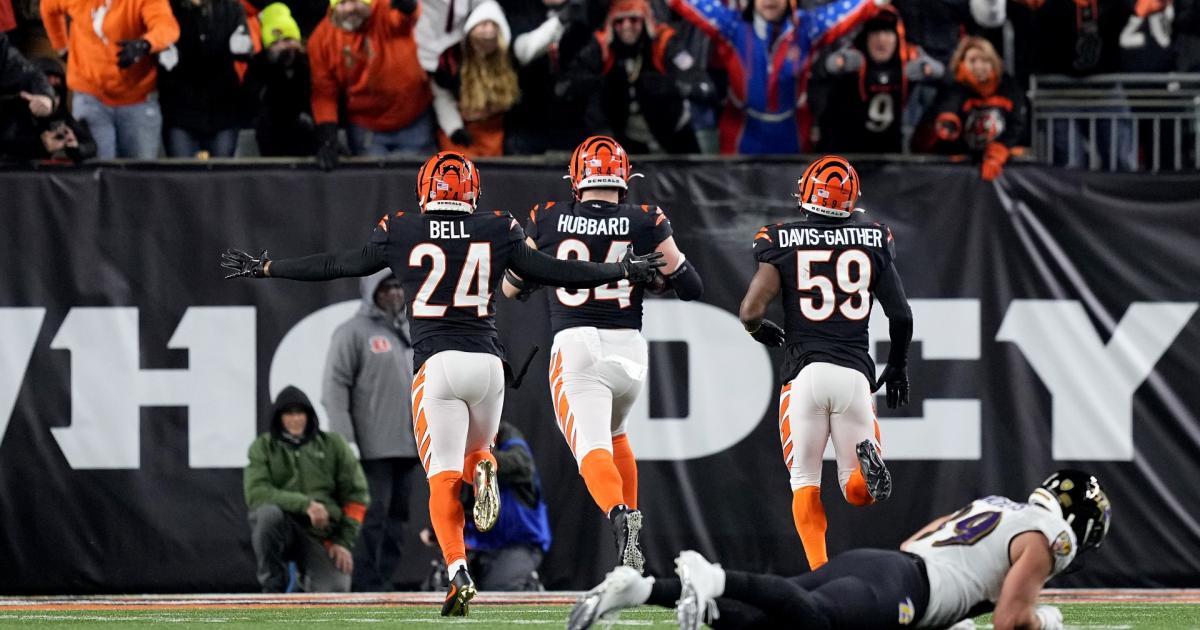 Sam Hubbard showed off that speed from his lacrosse days.

The fifth-year Bengals defensive end raced 98 yards for the longest fumble recovery touchdown in NFL playoff history Sunday night after scooping up a fumble by Ravens QB Tyler Huntley early in the fourth quarter. Huntley tried to leap over the pile to score a touchdown but had the ball knocked out by linebacker Logan Wilson.

The scoop-and-score not only prevented a Ravens go-ahead touchdown, it also gave Cincinnati a 24-17 lead with 11:39 left in the game. Cincinnati won by that score.

Sam Hubbard takes the fumble 98 yards for the TD ‼️

According to NFL Next Gen Stats, Hubbard ran 123.6 yards on the return as he evaded a late tackle attempt by tight end Mark Andrews to get to the end zone.

Sam Hubbard traveled 123.6 yards on his 98-yd fumble return TD, the most distance traveled by a ball carrier on a TD this season.

Where does Hubbard’s return rank among the longest plays in NFL playoff history? Here’s what you need to know.

Hubbard’s play was the longest fumble return touchdown in NFL playoff history and tied for the 11th-longest play in postseason history, according to Pro Football Reference. Among non-kick returns, it is tied for the fifth-longest.

This is the second time a long defensive play has cost the Ravens in major way in the playoffs. Against the Bills in the AFC divisional round on Jan. 16, 2021, Lamar Jackson marched Baltimore to the Bills’ 9-yard line before heaving a pass into the end zone for Mark Andrews. Taron Johnson picked off the pass and returned it 101 yards for a touchdown, tying for the fifth-longest play in NFL playoff history and the longest defensive play in NFL playoff history.

But the Ravens also have the longest play in NFL playoff history in their favor. In Super Bowl 47, Jacoby Jones returned the second-half kickoff 108 yards against the 49ers to give John Harbaugh’s squad a 28-6 lead over the 49ers, coached by his brother Jim Harbaugh.

The longest offensive play in NFL playoff history happened well shy of the top special teams and defensive plays. And, like the top special teams play, it, too, came from the Ravens. In the 2001 AFC championship game, Ravens quarterback Trent Dilfer connected with Shannon Sharpe for a 96-yard touchdown pass to give Baltimore an early lead vs. the Raiders.