NFL playoff bracket: Who will Cowboys or Buccaneers play in 2023 divisional round with a win? 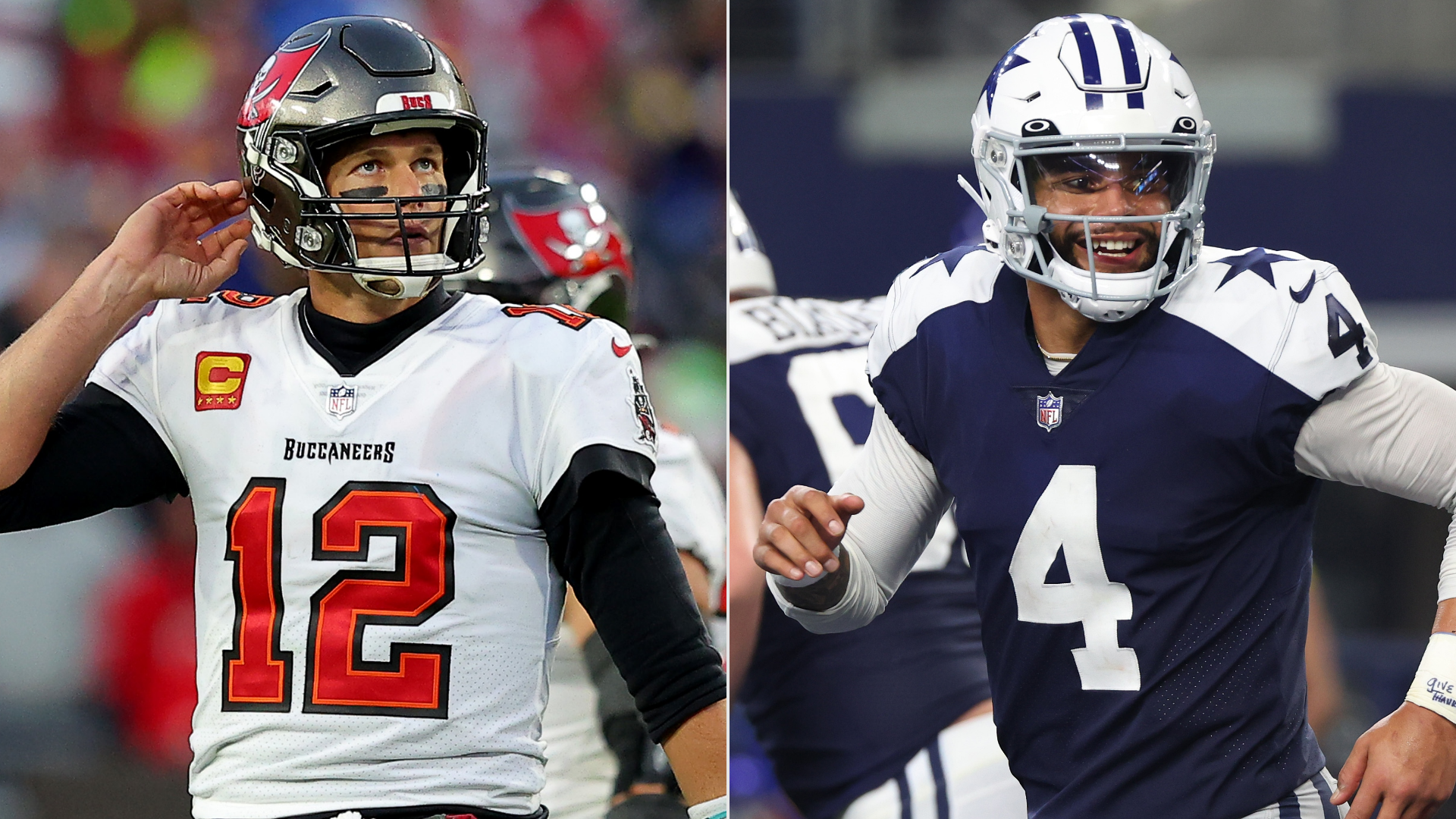 The Buccaneers became the latest sub-.500 team to make the playoffs in Tom Brady’s first year post-“retirement.” Tampa Bay won the NFC South to claim a home game as the No. 4 seed against the Cowboys, who finished second in what turned out be a vaunted NFC East.

Dak Prescott is looking to improve upon his 1-3 playoff record, and he’ll have to do it against the best playoff quarterback the NFL has ever seen. The Cowboys, however, are bringing in one of the league’s most complete defenses this week.

Brady and the Bucs, meanwhile, have had a wildly inconsistent year. They haven’t had more than two straight wins all season and they haven’t lost more than three games in a row all year. It’s been a year full of ups and downs, which can be forgotten with a deep playoff run.

The last time these teams met was Week 1 of the year, when the Buccaneers defense manhandled Prescott and the Cowboys offense.

As the four and five seeds, the Buccaneers and Cowboys have a few different options for next prospective opponents. Here’s a look at how those options could play out.

Who will the Buccaneers play if they beat the Cowboys?

The Buccaneers and Cowboys entered wild-card weekend with a variety of possibilities for their potential divisional round matchups, but games on Saturday and Sunday have made the answer clear.

If the Buccaneers win, they will go to San Francisco to face the 49ers. That would mean Tom Brady gets to return home with a second chance to beat a San Francisco team that routed his Bucs in the regular season.

Who will the Cowboys play if they beat the Buccaneers?

The Cowboys, in a sense, would supplant the Buccaneers as the No. 4 seed with a victory. As a result, their prospective opponents were exactly the same entering the weekend, and the answer is now the same: The 49ers.

Dallas would head to San Francisco with a win over Tampa, one year after a wild-card round exit at the hands of the 49ers.

Because the Seahawks lost this weekend, the winner of this game is guaranteed to be on the road in divisional round. We now know that destination, regardless of the winner, is San Francisco.