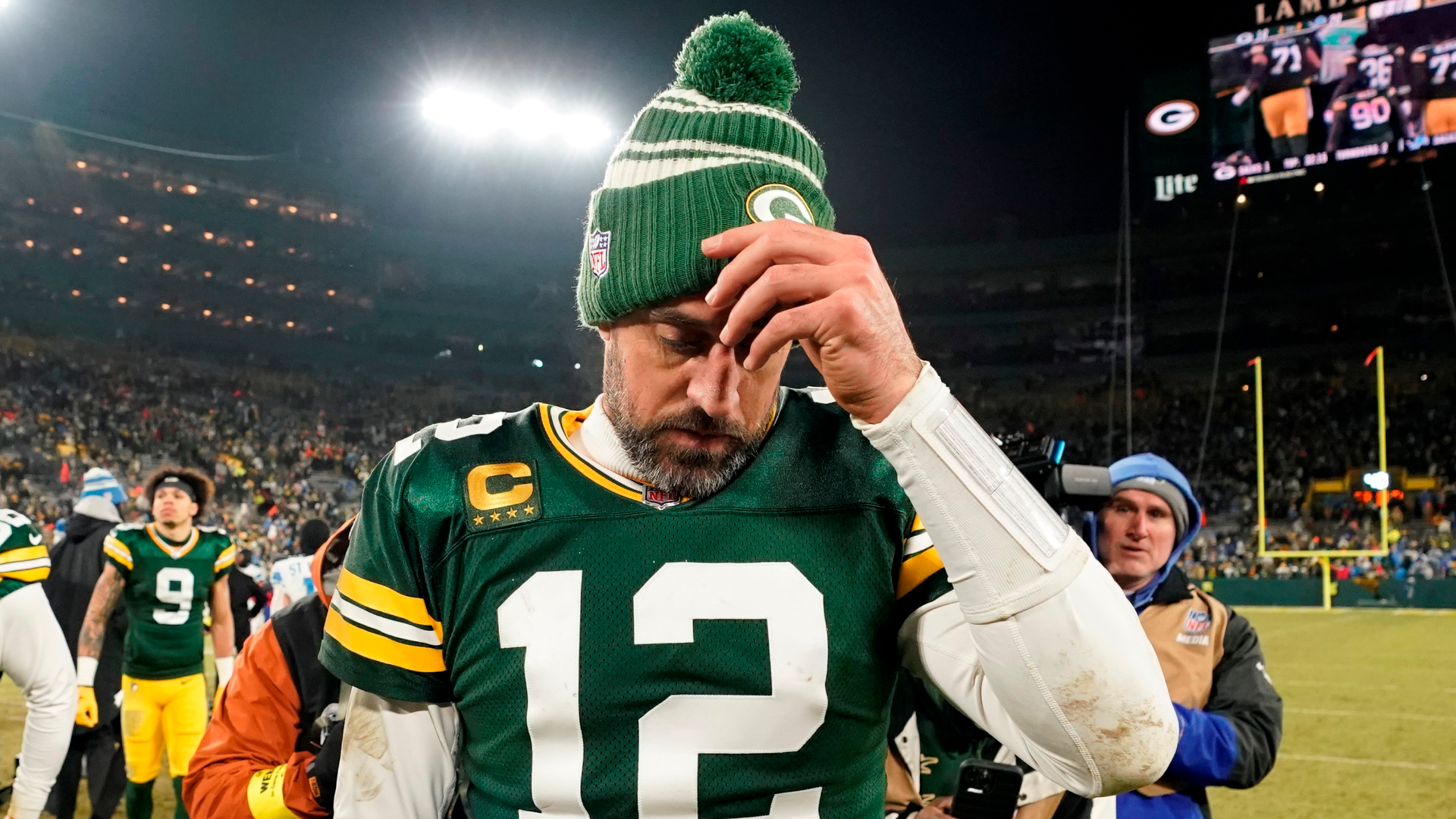 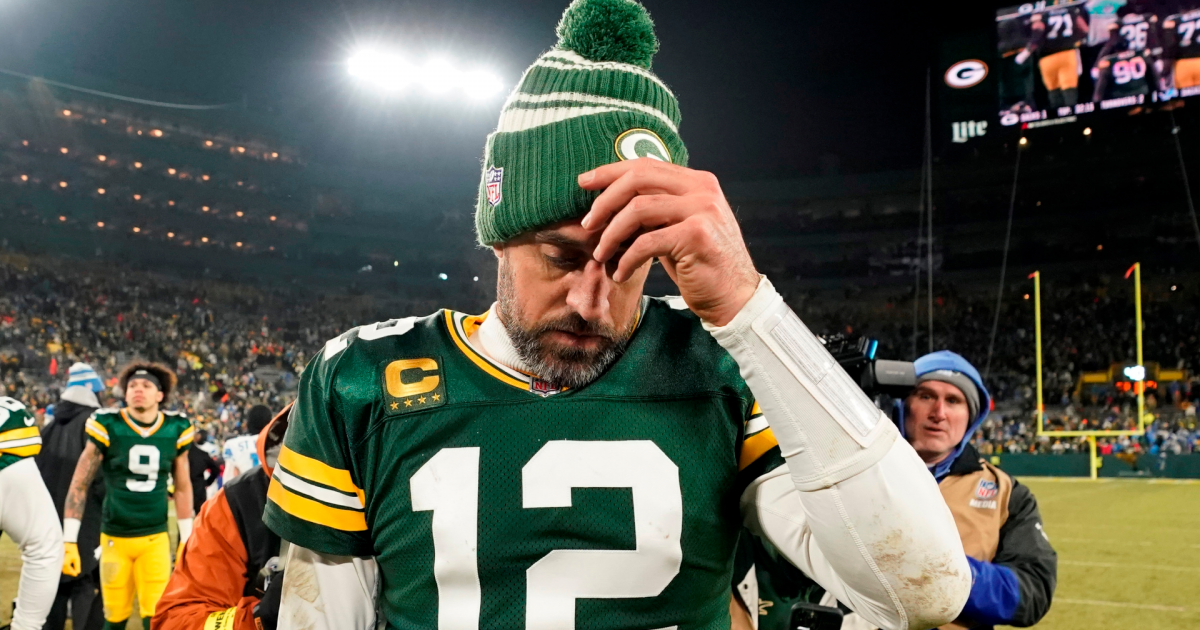 Just over a week ago, the Packers’ season came to a gut-wrenching end with a home loss to the Lions in Week 18. Now, the attention turns to the future of their franchise quarterback.

With rumors swirling that his time in Green Bay is nearing its end, Aaron Rodgers briefly addressed his future during an appearance on “The Pat McAfee Show” on Tuesday. He remained tight-lipped for the most part, but he did shed some light on his mindset entering another offseason of uncertainty.

The four-time NFL MVP shared that he has met with members of the team’s front office, but hasn’t had any firm discussions about his plans moving forward.

“We had all the conversations we wanted to have about football for now,” Rodgers said. “They’re not pressing for any type of specific answer and I’m not mentally or emotionally at that point to give one… It’s get away from it mentally and emotionally, and physically as your body starts to come back after a few weeks of TLC then I think you’re in a better frame of mind to contemplate your future.”

In addition to pondering his own future as he weighs returning for a 19th NFL season, Rodgers said a return to Green Bay would also be influenced by the direction of the franchise. The Packers missed the playoffs for the first time in three seasons this year after finishing 8-9.

“You’ve got to remember, there’s two sides to this,” he said. “What is going on on the other side, where are we at roster-wise, focus long term, short term, all those things.”

He hinted that he is “leaning” toward a specific decision on his future, but he still has a lot of thinking to do.

“Once you commit, then you commit and you move forward, whatever the decision is. I just need some time right now,” he continued. “That’s going to be the answer until I’m ready, and when I’m ready to give my opinion like I was last year, I’m either all in or I’m out.”

McAfee’s co-host and Rodgers’ former Packers teammate, A.J. Hawk, wrapped things up by asking if the quarterback could suit up for a different team next season.

“I came back and really wanted to finish my career in Green Bay,” Rodgers replied. “In 2019, we were feeling each other out on offense and our defense played pretty damn good. A lot of people said I was ‘washed,’ couldn’t really play anymore, wasn’t the same, and then I won two MVPs in a row.

“Do I still think I can play? Of course. Can I play at a high level? Yeah. The highest. I think I can win MVP again in the right situation. Is that Green Bay or is that somewhere else? I’m not sure. But I don’t think you should shut down any opportunity. Like I said during the season, it’s got to be both sides actually wanting to work together moving forward. I think there’s more conversations to be had.”

“I think I can win MVP again in the right situation.. is that Green Bay or somewhere else, I’m not sure and there’s more conversations to be had”@AaronRodgers12 dives into the possibility of playing a 19th season #PMSLive pic.twitter.com/cMjcPKFs5Z

“I still need to mentally get to a point where I feel 100 percent locked in and ready to play a 19th season,” Rodgers said. “If I do, then we’ll rock and roll and we’ll figure that out. If I don’t, we’ll go into the jungles for a while.”

MORE: Aaron Rodgers and ayahuasca: A brief timeline of the Packers QB’s trip to a better place

Packers fans are already desperate to know Rodgers’ decision, but it sounds like they’ll have to wait at least another few weeks while he contemplates his future in the NFL and beyond.