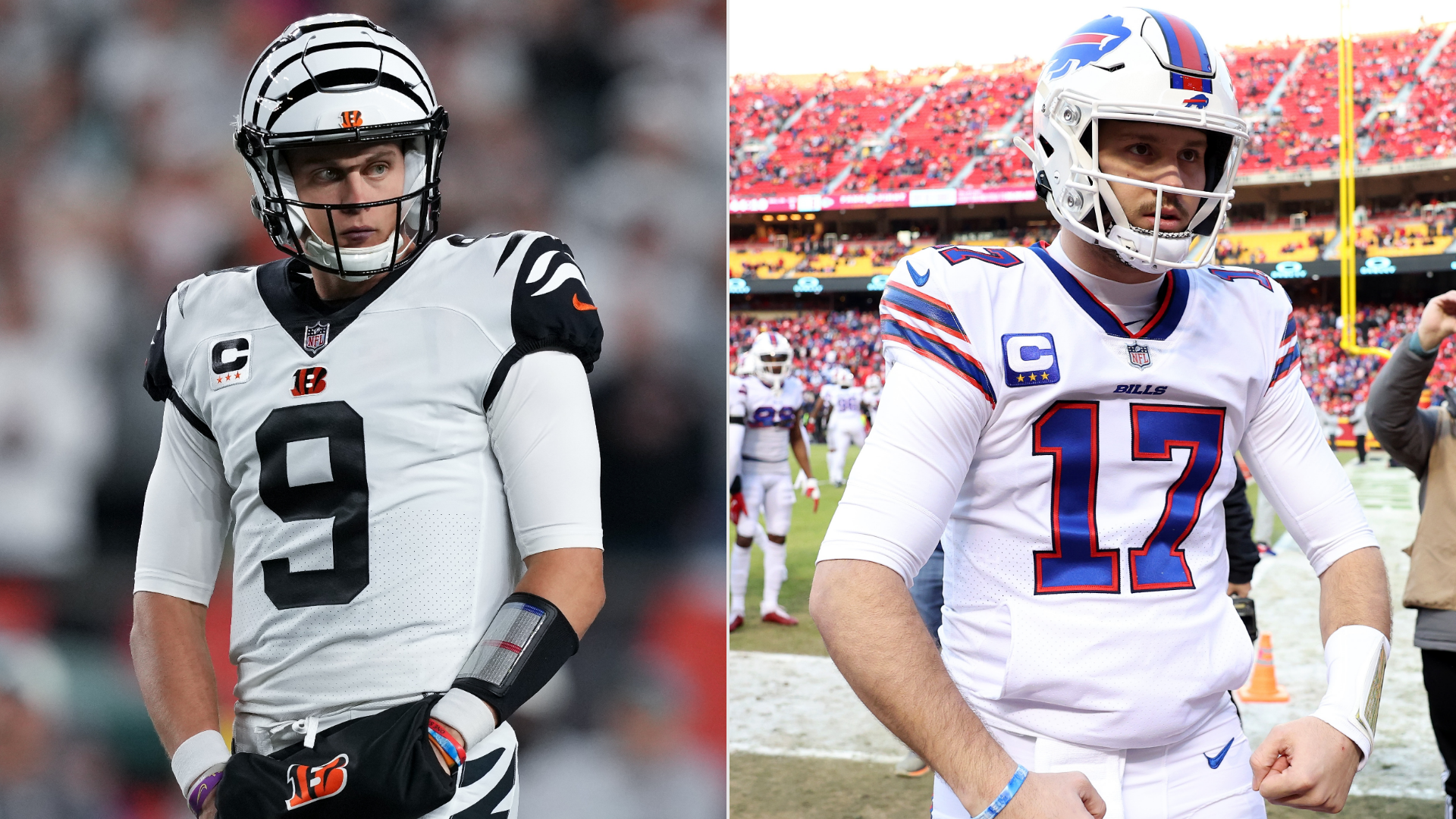 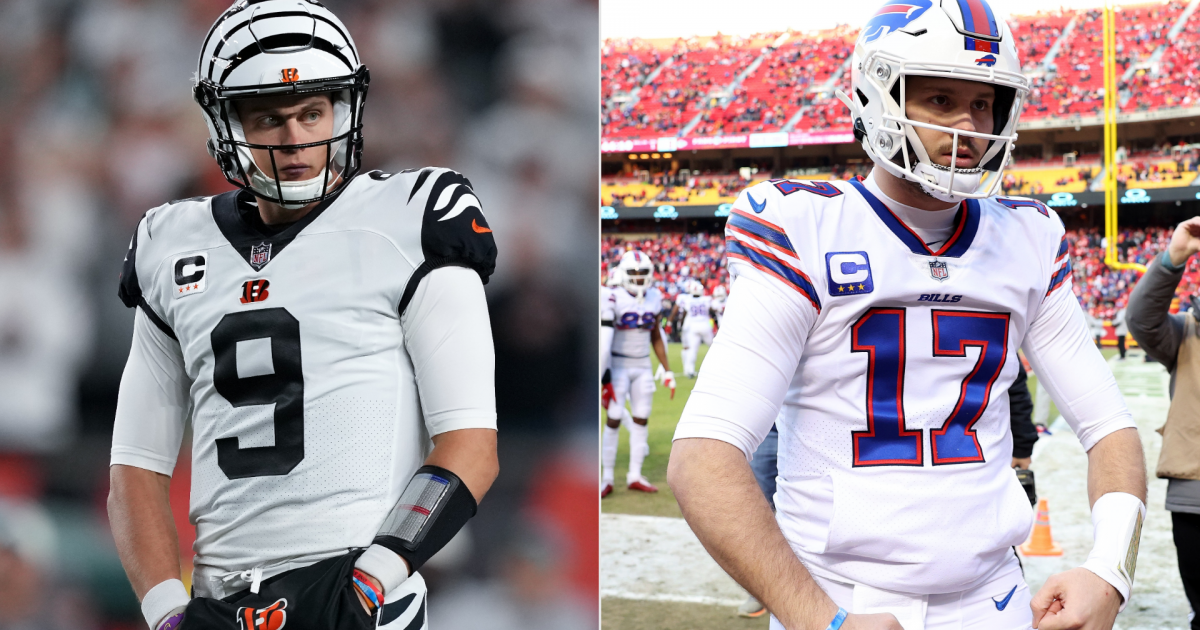 Exactly 20 days after Bills safety Damar Hamlin suffered cardiac arrest and collapsed on the field during a Monday night game in Cincinnati, Buffalo will host the Bengals in the divisional round of the 2023 NFL Playoffs. Cincinnati looks to return to the conference title game behind Joe Burrow for the second time in as many years, while Josh Allen and the Bills aim to get back to the AFC Championship game after a one-year hiatus. We have all the betting info, tips, storylines, and predictions for what should be one of the best divisional-round playoff tilts of the 21st century.

Buffalo entered the season as the betting favorite to represent the AFC in Super Bowl 57 and started the campaign a crisp 6-1. Cincinnati began its season just 2-3, but the Bengals flipped the script once they got healthy, winning a whopping nine games in a row and now find themselves at +800 to win the Super Bowl.

Buffalo, however, is +325 to win it all, just behind the Chiefs at +290. The Bills (13-3) finished with one more regular-season win than Cincinnati (12-4), which might not have been the case if the Week 16 game had been completed Cincy now rightfully feels cheated out of a divisional-round neutral-field setting, something that will be granted to Buffalo if the Bills play the Chiefs (14-3) in the AFC Championship next week.

None of that matters at this point. All we can do as bettors is analyze the game ahead of us and make informed decisions based on stats, trends, and data. We will go over the full BetMGM odds, check the line movement and sharp betting reports, and review the storylines behind this epic matchup.

MORE DIVISIONAL ROUND: Against the Spread | Moneyline

Let’s dive into all things betting for the Bills vs. Bengals divisional-round playoff game, and ultimately make our prediction for what should be a wild Sunday afternoon of postseason football.

Betting odds are from BetMGM.

According to BetQL’s line movement analytics, the Bills opened at -4 on Sunday night and have bounced around the -4 to -5 range since then. Buffalo’s moneyline opened at -220, fell briefly to -210, and then rose back up to -225. Many sites have Buffalo as high as -5 / -245 as of Tuesday afternoon.

— While Buffalo is a whopping 7-1 straight up at home this season, the Bills went just 3-5 against the spread at home. Cincinnati went an incredible 12-5 ATS on the season and 7-2 ATS on the road.

— The Bengals were no slouches offensively, either. Per game, they finished seventh in scoring (27.0) and fifth in home scoring (28.1). However, they only averaged 24.1 points per road game and 24.3 points over their past three games.

The Bills have been playing inspired offense over the past four weeks, scoring 34 points per game in that span. It’s been needed, as Buffalo has also surrendered 24 points per game throughout that stretch. That 24-point number also happens to be Cincy’s average in away games and over the past three weeks, so Cincinnati’s defense might have to step up big. Don’t be surprised if the Bengals do just that: Bengals’ opponents have eclipsed 18 points just twice since Thanksgiving weekend, and the Bengals have 11 takeaways over the past four games. Slowing Allen and his vast arsenal of weapons will be difficult, though. Stefon Diggs remains one of the best receivers in the NFL, Gabe Davis went off for 200 yards and four TDs in the divisional round last season, tight end Dawson Knox has a five-game scoring streak, and Cole Beasley has hit the ground running in his recent return to Buffalo.

Burrow’s “Joe-Cool” demeanor precedes him, but his pass protection could haunt him nonetheless this week. Cincy could be without three of its five starting offensive linemen in the biggest game of the season, and Buffalo is coming off a four-sack win over Miami in the wild-card round. Burrow is 1-4 in the past five games in which he’s been sacked at least four times.

Can Cincy’s offense get enough going in Orchard Park?

We have already touched on the fact that the Bengals score four fewer points per game on the road than they do at home, but they also average 40.1 fewer rushing yards and 22.3 fewer passing yards per away game. Cincinnati’s top playmakers — namely wideouts Ja’Marr Chase and Tee Higgins — will need to come up big in the clutch against Buffalo’s secondary, which has been as banged up as any in the NFL this season.

Bengals at Bills: Stat that matters

3. That’s how many turnovers Buffalo has committed in each of its past three games. Since the start of the 2022 campaign, Cincinnati has gone 6-1 when forcing multiple turnovers and a perfect 4-0 when finishing with three or more takeaways.

As much as Bills fans should be nervous about Josh Allen’s ball security, Bengals fans should be doubly concerned about Joe Burrow’s pass protection. Home-field advantage plays a massive role too, especially with the inspiration of Damar Hamlin’s recovery still fairly fresh in the Bills’ minds. Remember: Buffalo went 7-1 at Orchard Park this season! Still, Burrow has an embarrassment of pass-catching options who can at least keep up with Allen, Diggs, and Davis and make this as (positively) memorable of a game as we were all hoping the Jan. 2 Monday Night Football contest between these squads would be. We hate betting against Burrow, who was 19-3 against the spread in his last 23 starts entering the playoffs, so we will pick him to once again cover, but we expect the Bills to get the last laugh, doing their part to cement the first neutral-site AFC Championship game in NFL history and set the stages for Allen-Mahomes 3.0.