Liverpool edge past Wolves to set up Brighton tie | Klopp: Reaction we needed 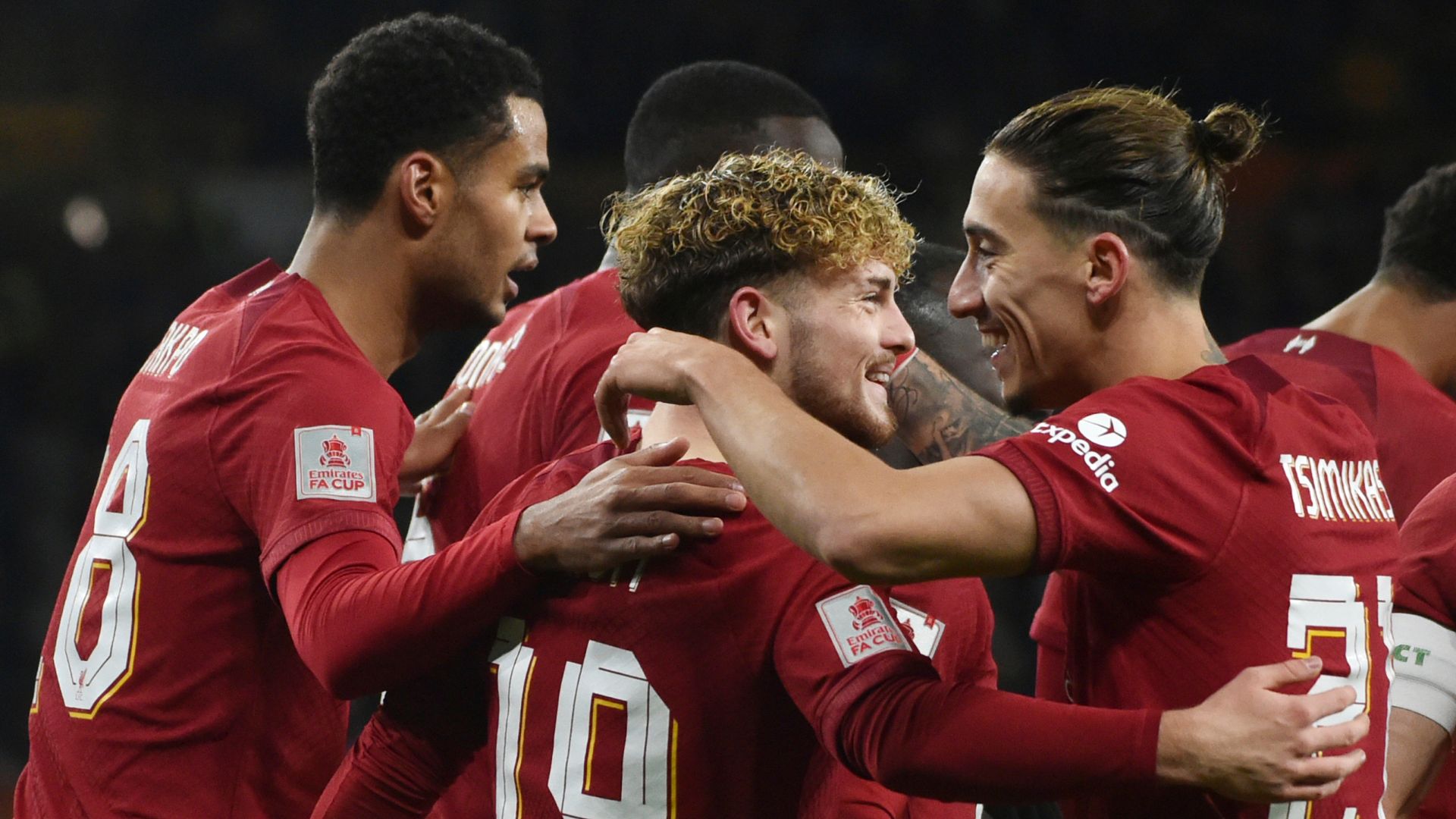 Harvey Elliott’s early strike from distance gave Liverpool a 1-0 win over Wolves in their FA Cup third-round replay at Molineux to set up a tie against Brighton in the next round.

It was Brighton who beat Jurgen Klopp’s side in the Premier League on Saturday but a much-changed Liverpool line-up ended a run of three games without a win in all competitions. Wolves pushed hard in the second half but could not find an equaliser this time.

The first tie at Anfield had been controversial. In that game, Wolves had a potential late winner disallowed for offside that could not be checked by VAR because of a missing camera angle and this contest began in similarly strange circumstances with a power cut.

Adama Traore was about to send a cross into the box when the lights went out. It was not long after the restart that the ridiculous made way for the sublime, Elliott’s rasping long-range strike catching out the backtracking Wolves goalkeeper Jose Sa.

Player of the match: Harvey Elliott.

Liverpool played with greater fluency in the first half and came close to a second only for the flag to go up after Fabio Carvalho put the ball in the net. Although Raul Jimenez had a close-range header deflected over late on, the visitors did not need the second.

A rematch with Brighton now looms.

Klopp: We got the reaction we needed

After being demolished 3-0 at the Amex on Saturday – with Klopp calling it the worst performance of his managerial career – the German was delighted with his side’s response on Tuesday night.

“Everybody got that reaction, it was the reaction we needed to show,” he said after the third-round replay win. “The game was completely different to last time. I’m really happy with that. All the individual performances were good.

“It was good and I said to the boys after the game that’s how it feels when you play well and win. That’s why we are quite happy.

“There’s a massive game coming up at the weekend (against Chelsea), if we had played another game like the last one I’m not sure what people would have thought before they arrived at the stadium.

“We were compact, together and we had good challenges. We played really good football and scored an exceptional goal. Harvey saw something not a lot of people have seen. I wouldn’t have expected a shot in that moment.”

Wolves made two changes to the team that drew at Anfield first time around with first-choice goalkeeper Jose Sa coming in alongside the experienced Joao Moutinho.

Only Ibrahima Konate, Thiago and Cody Gakpo retained their places for Liverpool as Jurgen Klopp dropped regulars including Alisson, Mohamed Salah and Andy Robertson to the bench.

Whether it was happiness or relief, it was hard to tell, but Klopp is in a better mood after witnessing this response from his squad to that desperate display at Brighton. Beaten 3-0 on the south coast, the sense was of a group no longer able to do the basics.

That is why this will have satisfied him. “We were compact, we were together,” he said in the press conference afterwards.” He began by mentioning Elliott and teenager Stefan Bajcetic but ended up mentioning the lot. “All the individual performances were good.”

With a big game against Chelsea coming up on Saturday, some belief has been restored. “Tonight was an important sign for us that these kind of things are possible. If we had played a game like the last one I am not sure what people would have thought.”

This was a makeshift team in some respects. It is not the template now. “I don’t think after one game this will be the team for the next eight weeks or anything like that.” But Klopp will hope that the application can be repeated – and the debacle at Brighton never is.

Asked for his thoughts on the chance to avenge that result in the FA Cup at the end of the month, he resisted the temptation to offer some tub-thumping response. An understated reply did the trick. “I think the idea is that we try to do better than last time.”

“Looking at the two matches, we deserved more. We have scored more goals than the opponent in the first match. All of you know why,” Wolves manager Julen Lopetegui said.

“We suffer a strange goal in the first half. We start playing well in the first minutes. After we suffer emotionally. We have been out of the match until half-time. We changed some things. In the second half they put it all on the pitch, a big effort, character, personality. Unfortunately for us, we didn’t score.

“We had a big [dream] to continue in the cup. Now we have to put 100 per cent the focus on the Premier League. Today we lost and I am sad.”

Wolves were at least able to confirm the signing of Pablo Sarabia from Paris Saint-Germain just before kick-off and the hope will be that the experienced winger can make a difference for Lopetegui’s team in the final third of the pitch.

“Sarabia is a good player,” said the Wolves coach.

“I know him. I think he is in a very good moment in his career. He is going to help us to get our main aim to be out of the relegation [zone] of the Premier League. It is going to be a very hard task but we have one player more to help us.”

Before that for Liverpool is a clash against Chelsea at Anfield on Saturday January 22; kick-off 12.30pm.