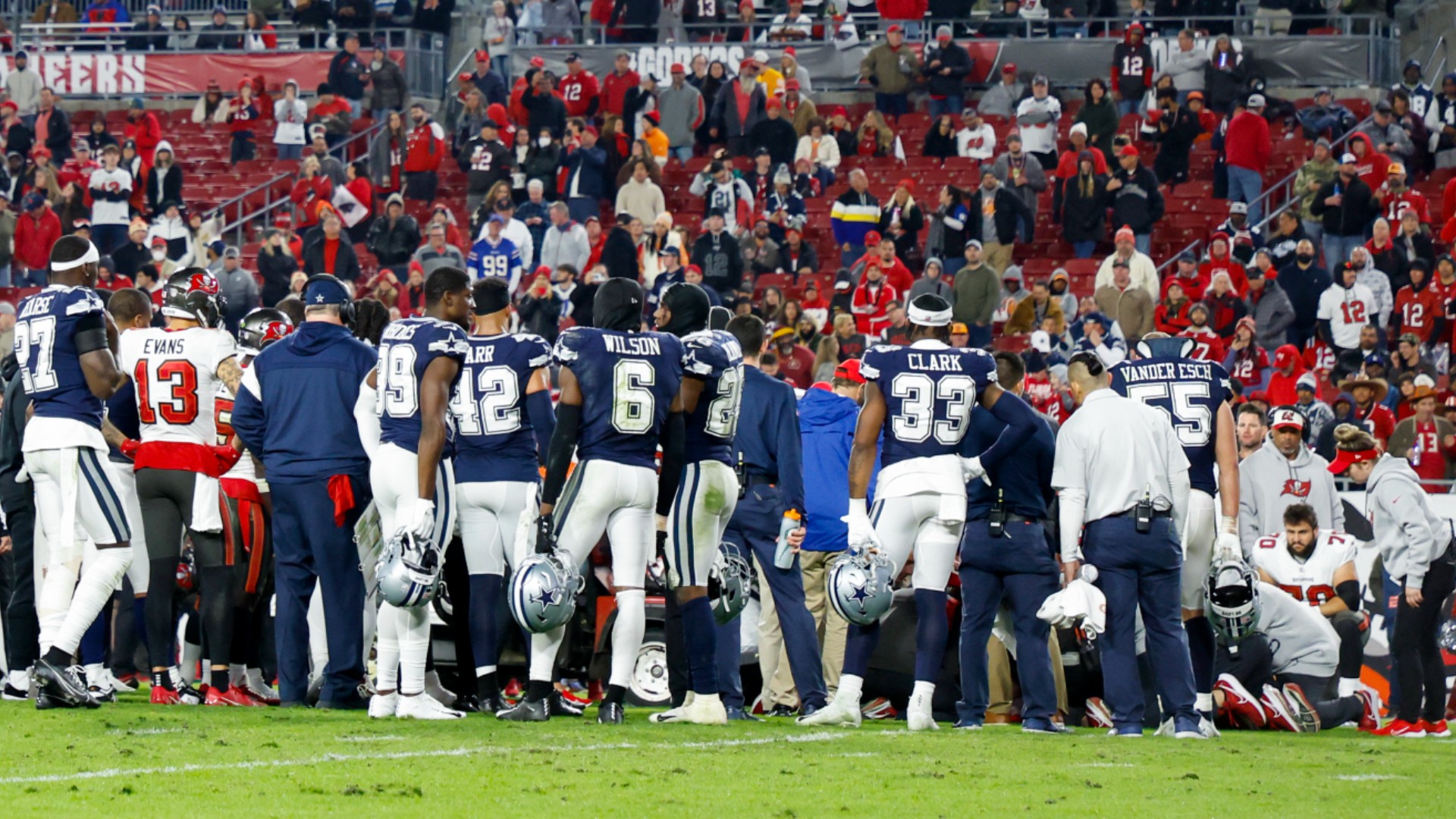 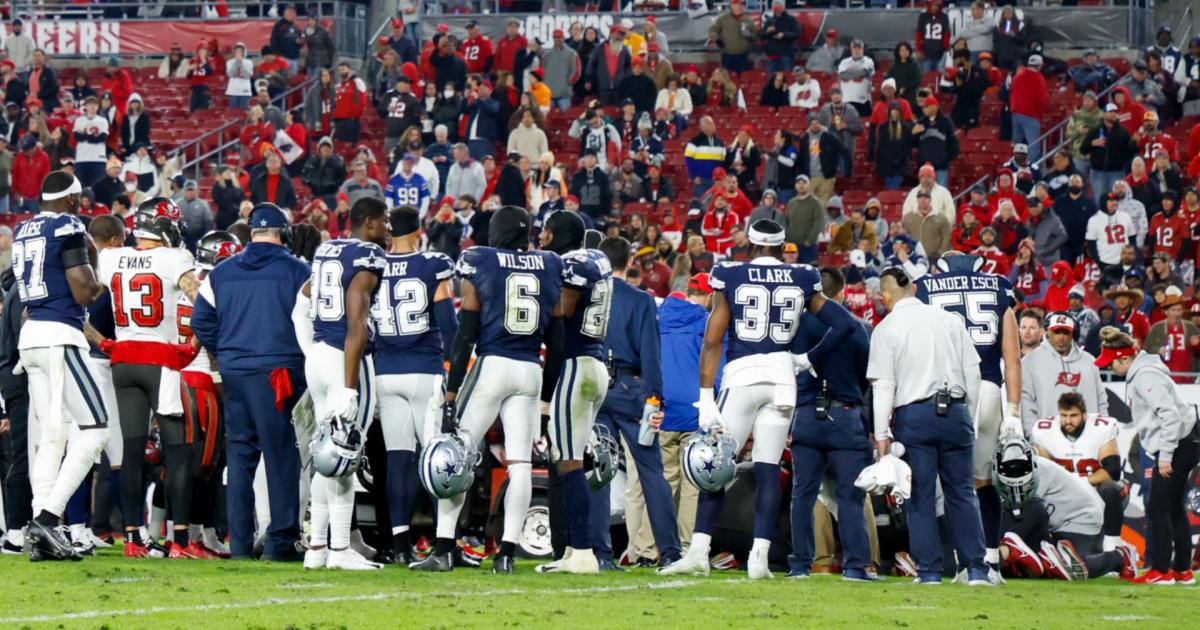 Buccaneers wide receiver Russell Gage needed to be lifted off the field on a stretcher after being hit in the head late in the fourth quarter of Tampa Bay’s NFC wild-card game against the Cowboys on Monday nivght.

Gage was tackled while trying to make a sliding catch at the Dallas 7-yard line. After the hit, Gage fell to the grass and appeared to try to stand up, but he couldn’t pull himself off the field.

As Gage was being looked at by medical staff, both teams came off the sideline to encircle him.

Prayers up for Russell Gage 🙏🙏 pic.twitter.com/FCTmgBCHlD

Here’s the latest on Gage’s status.

With just under three minutes left in the game, Bucs QB Tom Brady tried to connect with Gage on a pass over the middle. The pass was incomplete. Dallas’ Donovan Wilson tackled Gage trying to break up the play.

Gage tried to get off the turf but was unable to pull himself up.

Medical staff rushed onto the field and spent several minutes tending to him before calling for the cart. He was eventually placed on a stretcher, lifted onto the cart and taken off the field.

Coach Todd Bowles told reporters after the game he was taken to a local hospital to be evaluated for potential neck injuries. He said that Gage suffered a concussion on the play.

Bowles noted that Gage had movement in his fingers when he was on the ground.

This post will be updated as more information is available.