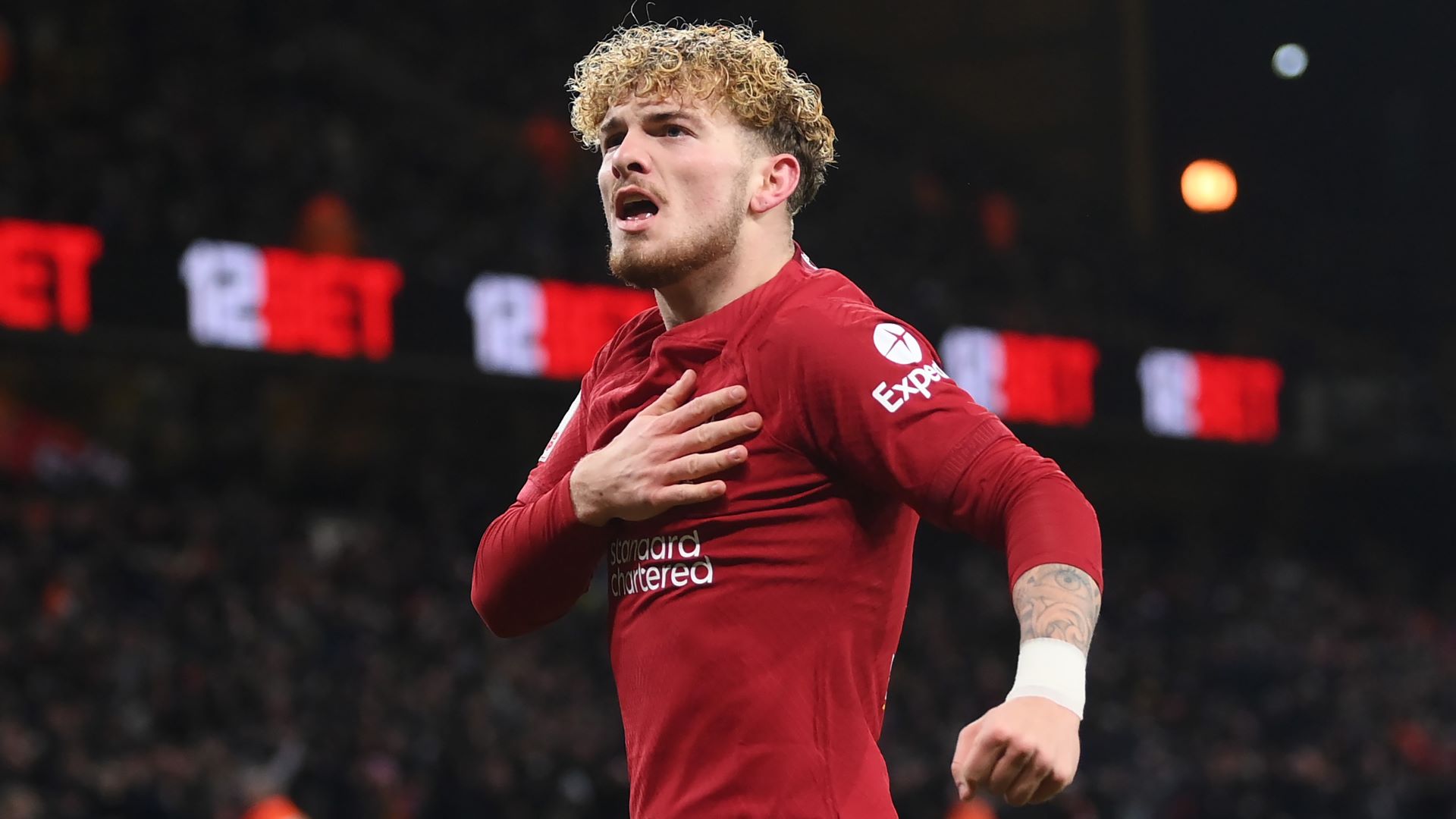 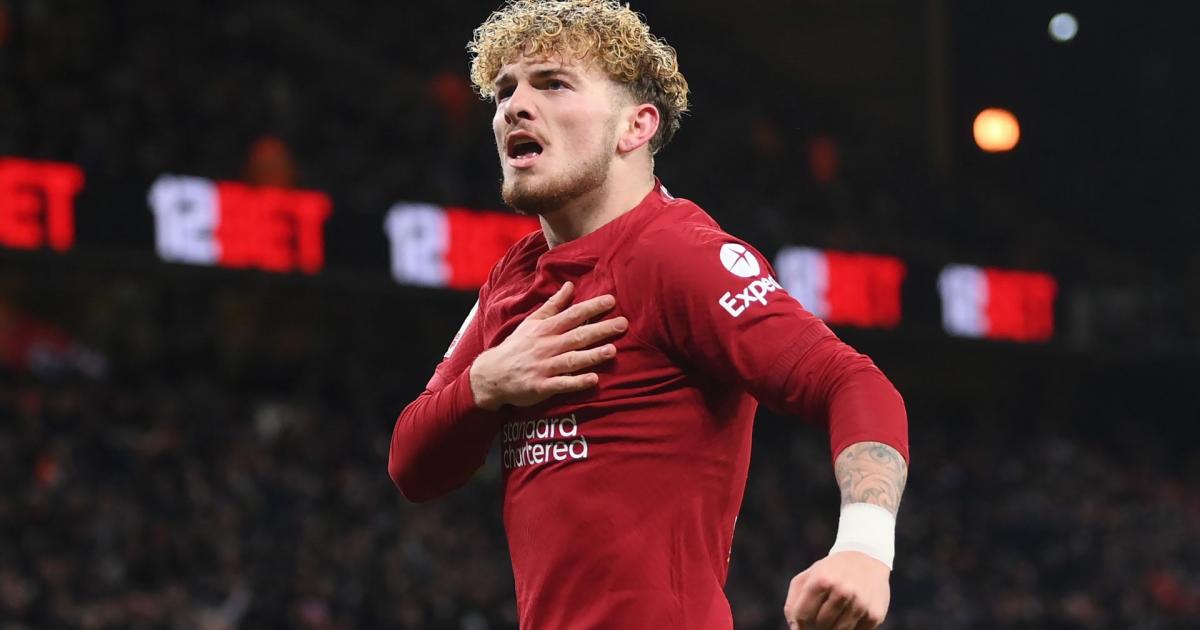 Liverpool sealed their place in the fourth round of the FA Cup at the second attempt as they beat Wolves 1-0 in a replay at Molineux.

Harvey Elliott’s 13th-minute stunner ensured Jurgen Klopp’s side went through, and ended their three-game winless run in all competitions.

Wolves had dominated the sides’ initial meeting at Anfield 10 days ago and were only denied what would have been a deserved victory by late VAR controversy.

However, they struggled to threaten their opponents as frequently this time around, leaving them to face a cup exit that is perhaps no bad thing as they focus on avoiding Premier League relegation.

Wolves vs Liverpool as it happened, highlights

FULLTIME: Neves tries to clip the set-piece over the top but some desperate defending from Liverpool ensures they hang on to claim the win.

The defending champions are into the fourth round.

90th min (+5): Liverpool think they’ve won it when the referee’s whistle sounds but he is actually signalling a free-kick for a Salah handball.

And it’s in a dangerous area…!

90th min: Jones twists Semedo inside out on the left-hand side of the box and fires a low shot agonisingly wide of the far post.

88th min: Costa knocks a ball down to Cunha in the box after a lovely passage of play from Wolves but he can’t keep the ball down and smashes it into the stand.

83rd min: Diego Costa now coming on for Raul Jimenez as Wolves hope a change up top can bring them a late equaliser.

78th min: Huge chance for Wolves! Traore dinks a ball to the far post and Jimenez meets it, but his header loops over the bar.

In fact, replays showed that came off Gomez – a slice of luck for Liverpool.

76th min: Bajcetic unable to shake off a bout of cramp and so he has to make way for Fabinho.

73rd min: Neves steps up to the free-kick and curls it goalward but it’s both too high and too central to truly trouble Kelleher in the Liverpool goal.

72nd min: Cunha draws a foul from Phillips at the edge of the box after a quick give-and-go with Jimenez and that’s a booking and a free-kick in a dangerous area.

Wolves looking much more dangerous after their changes.

70th min: Traore in down the right on a couple of occasions in quick succession.

The winger’s only issue is that he finds a Liverpool head rather than a Wolves one both times to let the visitors off the hook.

65th min: Podence and Cunha replace Moutinho and Jonny as Wolves make a final push to get themselves back in this game.

And then Liverpool make their own changes, with Salah, Jones and Phillips replacing Gakpo, Carvalho and Milner.

63rd min: Keita slips in Gakpo after great work from Thiago but the Dutchman’s dinked finish is well saved by Sa… and the flag is up anyway.

59th min: Tsimikas gets in down the left but, after his first cross is blocked, a clearance comes straight off him and out for a goalkick.

Both sides struggling to find that bit of magic in the final third, Elliott’s wonderful opener aside.

56th min: A lovely slick exchange between Gakpo, Keita and Carvalho ends with the latter in on goal, but he can’t sort his feet out and is eventually dispossessed.

51st min: Ait-Nouri gets on the end of a fine crossfield ball to the left-hand side before his attempt to put it in the box is blocked by Milner.

Wolves don’t make the most of the subsequent corner, either, but that quick switch of play could offer rewards in this half.

46th min: Liverpool get the game back under way.

Matheus Nunes and Nelson Semedo on for Wolves at halftime, with Joe Hodge and Dexter Lembikisa making way.

HALFTIME: Two minutes of injury time end without real incident and Liverpool take a 1-0 lead into the break.

43rd min: Traore the first man to see yellow tonight after bringing down Tsimikas on the break.

He could perhaps fairly point to a number of similar fouls from Liverpool players so far this evening that didn’t result in a booking.

40th min: Traore sprints onto a shaped clip over the top from Neves and bursts into the box but he makes a hash of the finish, spanking it high and wide.

36th min: Carvalho has the ball in the back of the net, but it’s not going to count.

The Liverpool youngster had strayed offside before latching onto a Keita through-pass – not a close one, though it was well-taken.

34th min: Liverpool force Sa into simply passing the ball out for a corner as they close down in packs.

Where has this pressing game been for so much of the season?

29th min: Jimenez gets in down the right-hand side and slings in a low cross but he has no-one up to accompany him and Milner has time to bring the ball down and pass it out calmly.

25th min: A Liverpool move breaks down and Wolves are straight on the attack, with Konate forced into a foul to hold up the counter.

The hosts are so threatening on the break and their opponents are acknowledging that by opting for the dark arts every time space opens up.

17th min: Tsimikas blasts over after another well-worked Liverpool move – they look confident after that stunning opener.

💫 He is the only Liverpool player to feature in every fixture for Jurgen Klopp this season.

👏 Brilliant goal from the 19-year-old.

13th min: GOAL! What a strike from Harvey Elliott!!!

Ait-Nouri has a shot blocked just inside the Liverpool box and moments later the visitors have the ball in the back of the net at the other end.

It’s slickly worked up the pitch by the Reds, with Thiago playing a key role, before Elliott has a crack from 25 yards and sends the ball arrowing over Sa and in.

The @LFC youngster spots the keeper off his line and bags a beauty 😮‍💨#EmiratesFACup pic.twitter.com/nzq661Hico

9th min: A couple of promising moments in quick succession for Liverpool.

The first sees Carvalho almost get on the end of a Sa spill before Gakpo gets a tame shot away from distance after a good Thiago press.

1st min: Wolves kick things off and get straight on the front foot but then the floodlights go out as Traore slings a cross in from the right!

Not an ideal start.

5 mins from kickoff: The players are out at Molineux – can a much-changed Liverpool bring a halt to their woeful run of form? Or will it be the hosts cruising through to the fourth round?

30 mins from kickoff: Diego Costa all smiles as he gets off the Wolves team bus, but he’ll have to make do with a place on the bench tonight.

1 hr from kickoff: The team news is in!

1.5 hrs from kickoff: Liverpool hoping to avoid making it a hat-trick tonight.

❌ Arsenal and Leicester were both knocked out in the 4th round the following year after winning.

👀 Could the current holders Liverpool do the same tonight?#EmiratesFACup pic.twitter.com/yFHuCqI5Mb

2 hrs from kickoff: Hello and welcome to The Sporting News’ live coverage of Wolves vs Liverpool in the third round of the FA Cup. Julen Lopetegui’s team were denied a win at Anfield in the sides’ first meeting due to a VAR controversy, but they will be confident they can get through to the fourth round tonight against the out-of-form holders.

As expected, Klopp has elected to ring the changes, with only Cody Gakpo, Thiago Alcantara and Ibrahima Konate retaining their places from the defeat at Brighton.

Darwin Nunez also misses out despite hopes he might be fit enough to take a place on the bench after a hamstring issue.

Lopetegui makes just two alterations to the line-up that so nearly beat Liverpool at Anfield 10 days ago.

What time is Wolves vs Liverpool kickoff?

Wolves host Liverpool at Molineux in Wolverhampton, England. It kicks off at 7.45 p.m. GMT on Tuesday, Jan 17.

*Game starts on January 18 in these time zones