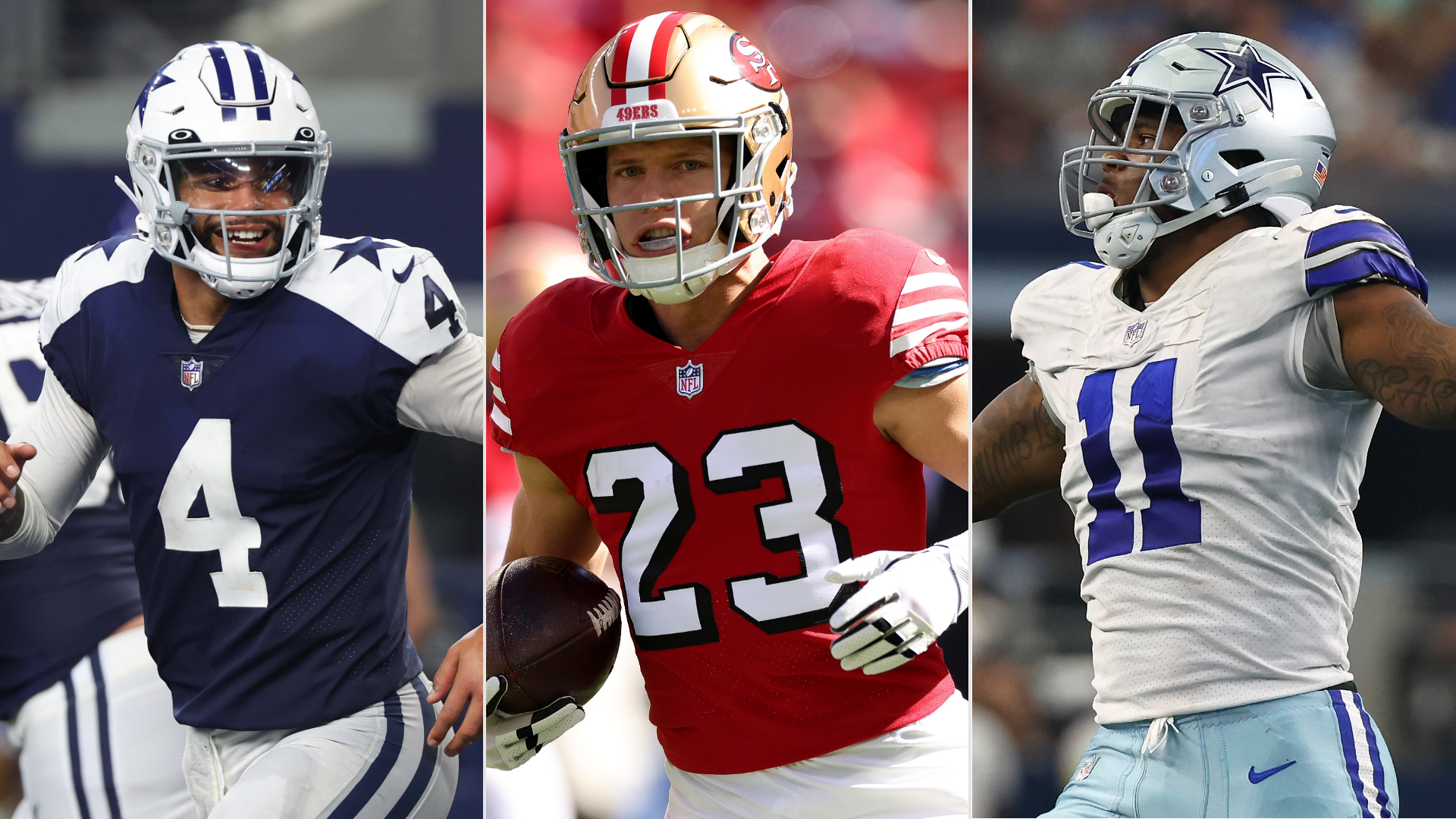 The second-seeded 49ers play host to the fifth-seeded Cowboys in the NFL Playoffs divisional round on Sunday evening (6:30 p.m. ET, FOX). If you’ve read our betting preview, you already know we view this one as almost too close to call. So, in addition to playing a teaser parlay, we are also looking at the best player and game props from this NFC slugfest.

Plenty of star power can be found on either side of this matchup and on both sides of the ball. We’re getting two of the hottest and highest-scoring offenses, as well as two of the three most dominant defenses in the NFL. Naturally, that means sportsbooks have plenty of fun and potentially lucrative props listed for this one. We headed over to DraftKings Sportsbook to find the most appealing and value-yielding props for this Sunday evening matchup. Here are our favorites, and why you should consider each prop worth your while. 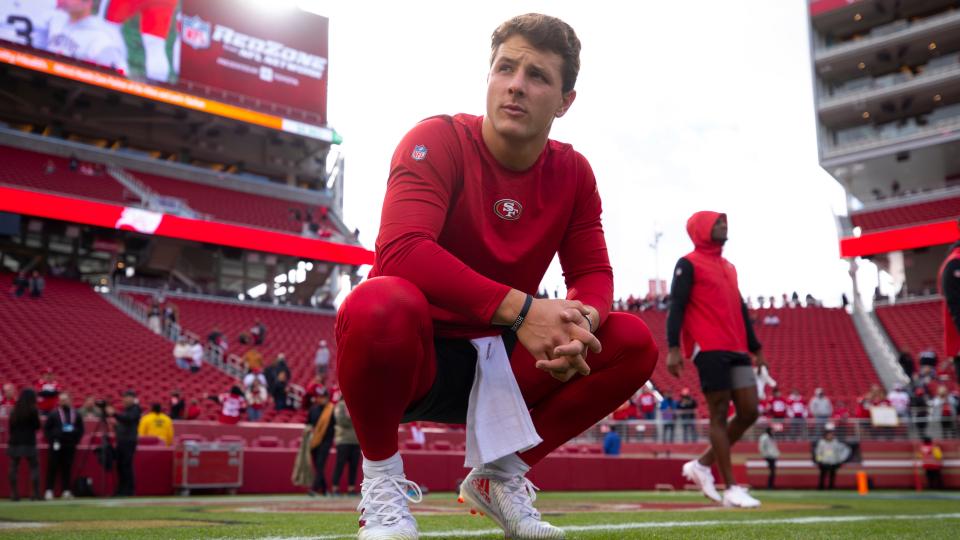 The 49ers have ridden Purdy power to a whopping seven straight wins, and the team as a whole has emerged victorious in 11 consecutive weeks. It doesn’t hurt that Kyle Shanahan’s offense was graced with one of the best midseason trade acquisitions in NFL history in Christian McCaffrey, nor does it hurt that Purdy has stud tight end George Kittle and playmaking wideouts Deebo Samuel and Brandon Aiyuk at his disposal. The Niners have all the components needed for a Super Bowl run, including a confident and clutch QB behind a strong offensive line. They have scored 31.5 points per game throughout their winning streak and have averaged 29.3 points per home game. Dallas has a great defense — the only reason we aren’t betting OVER 27.5 at +135 — but let’s remember that the Cowboys have surrendered 26, 34, and 40 points to the Commanders, Eagles, and Jaguars, respectively, within the past five weeks. Bet San Francisco’s modest OVER here with confidence. 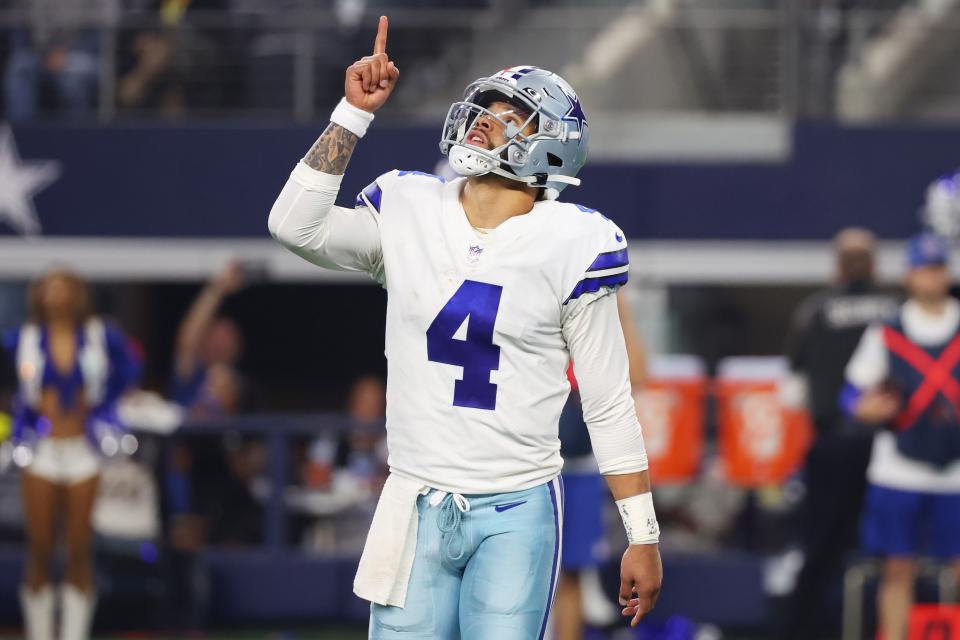 I’ve been exploring teaser bets and buying points a lot lately, and the results have been almost as lucrative as bankrolling Alan Garner on a blackjack table. It takes a bit more time to hit it big, but the gradual results are steadier and generally much more successful than consistently betting playoff spreads. In this game, I picked the Cowboys to lose 27-24 to the 49ers, a result that would already have Dallas covering the spread. But just in case we see some Purdy magic this weekend and San Francisco wins by a full TD and extra point, why not buy a little insurance and bet the ‘Boys +7.5? Dallas has only lost once by more than six points since falling to the Eagles 26-17 in Week 6. The Cowboys are also a much better defense than any of the seven squads the Niners have faced since Purdy took over for Jimmy Garoppolo. Facing the pass rush of Micah Parsons and a ball-hawking secondary led by Trevon Diggs might be a tad different than beating up on the Seahawks (twice), Dolphins, Raiders, and Cardinals. The 49ers could very well continue their dream run and prevail over Mike McCarthy’s ‘Boys this weekend, but we don’t see it being a blowout for either side.

Another scoring prop we like: Alternate total OVER 49.5 total points (+120) 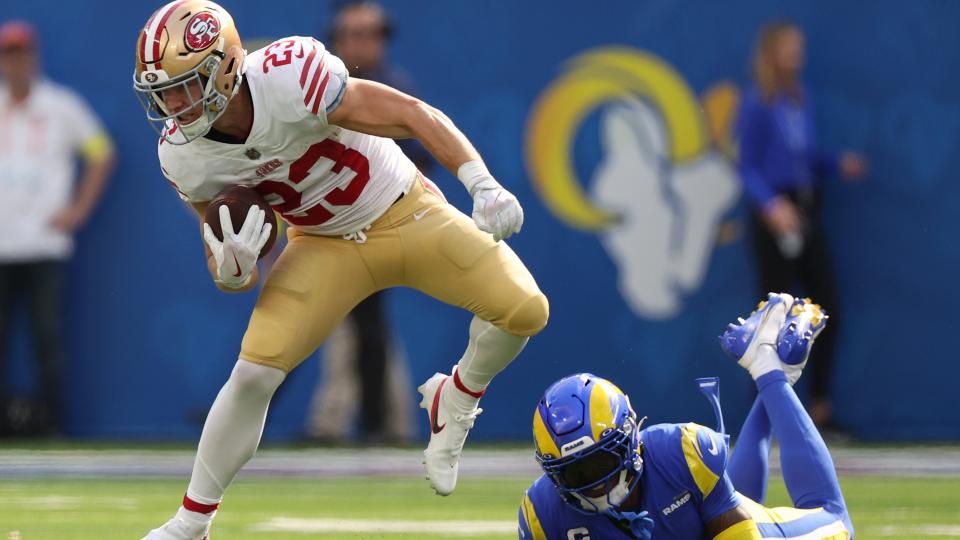 We love getting odds on a modest rushing yards total for CMC, the biggest playmaker in this game and perhaps the most talented offensive player in the entire postseason field. McCaffrey has netted at least 108 rushing yards in four of San Francisco’s past four games, and he has averaged 93 ground yards per game since Purdy became the Niners’ starting QB. The tendency to fade offensive props against the Cowboys’ defense is understandable, but Dallas actually surrendered the 11th-most rushing yards in the NFL this season (129.3 per game). The only way CMC misses 70 on the ground will be if he nets 100-plus through the air. 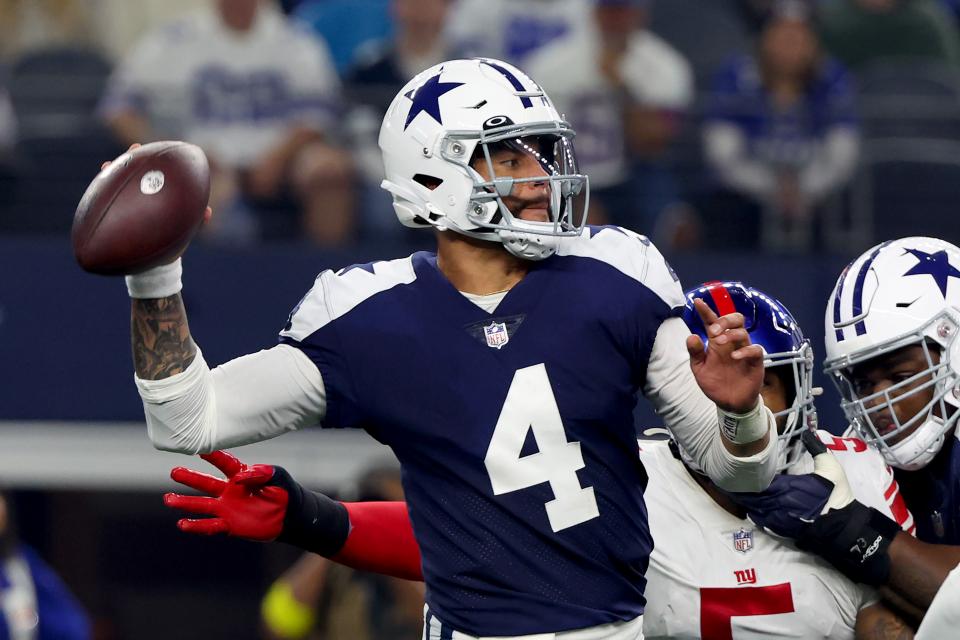 We get the concern about playing the top-ranked yardage defense in their home stadium, but Prescott has been awesome this season regardless of his opponent. He recorded 305 yards and four TDs through the air last week against a solid Tampa Bay defense, logged 282 yards and two TDs against Mike Vrabel’s Titans in Week 17, and put up 347 yards and three TDs against Philly one week prior. There’s also no need to worry too much about the ‘Boys being on the road, as they haven’t played a home game since Christmas Eve. Considering Jarrett Stidham logged 365 passing yards and three TDs against these Niners on New Year’s Day, we love Prescott to net at least 275. 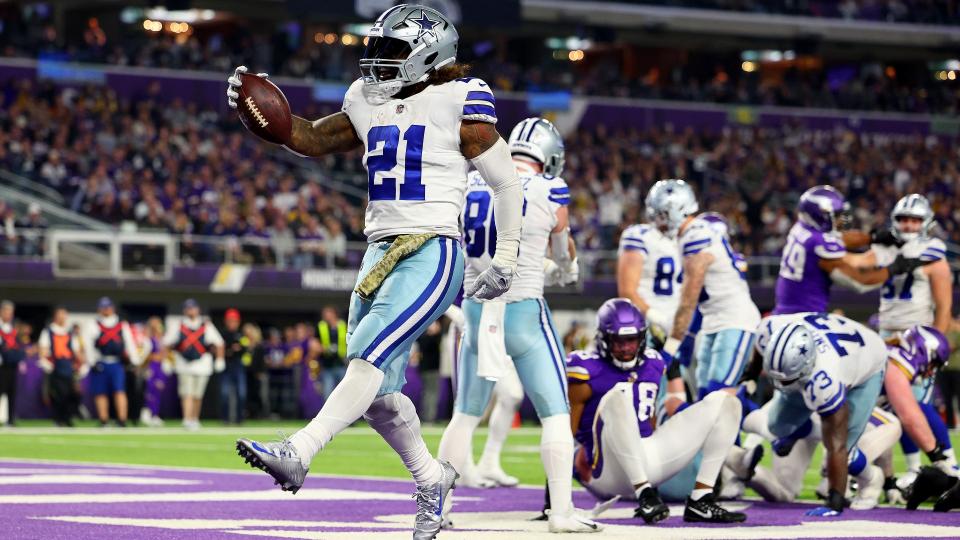 Anytime we can get plus odds on an Elliott TD prop, we’re in. Elliott has hit the skids over the past couple of weeks, failing to score against Washington and Tampa Bay after logging nine consecutive games with a TD (and scoring 11 total TDs in that stretch), but his lack of TDs the past two weeks has more to do with Prescott exploding for five TDs against the Bucs last week. Don’t expect the 49ers to be nearly as generous to Dak in the red zone, where Zeke received 97 of his 231 carries this season and where he scored all 12 of his regular-season TDs. Prescott will need Elliott’s power running against San Francisco’s top-ranked defense, not just to establish play-action but also to find paydirt. Tony Pollard is the superior runner, but Zeke remains the TD-gobbler of this backfield. He’ll be the one stepping up for a big score this Sunday night. 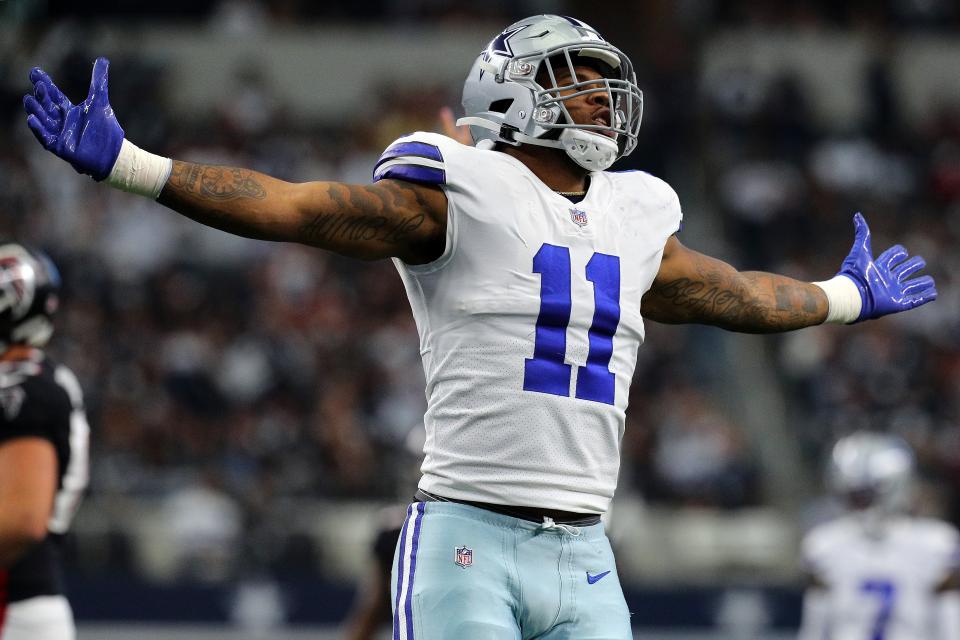 If you want to get really crazy, you can bet on the Defensive Player of the Year candidate to net two-plus sacks at +400 or three-plus sacks at +1400! Alas, we will play it a little safer and just bet on him getting to Purdy once throughout this 60-minute slugfest. The All-Pro pass-rusher ranked fifth in the NFL in QB takedowns with 13.5, and Purdy has been sacked three or more times in two of San Francisco’s past four games.