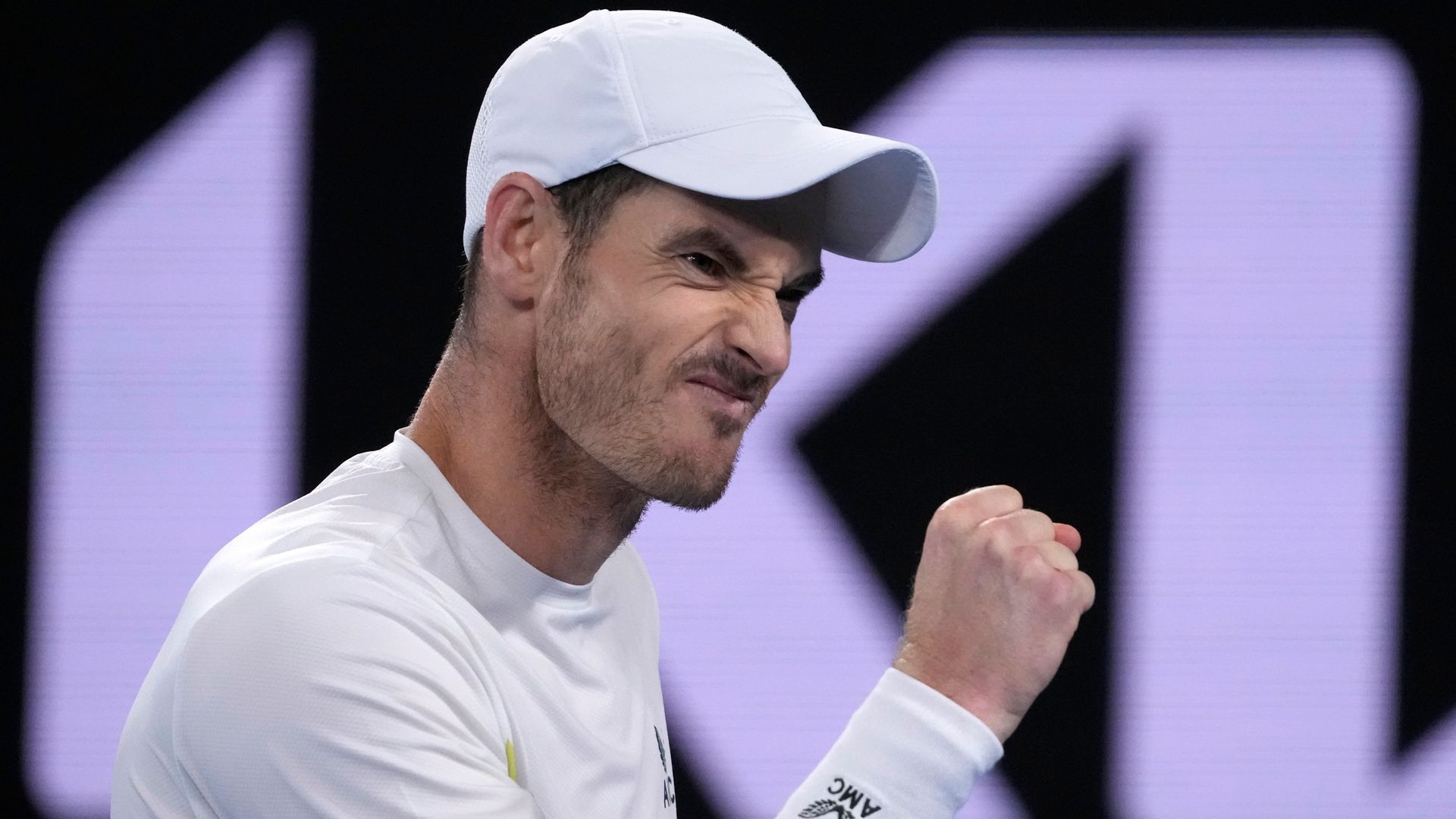 Andy Murray says he felt “proud” but “disappointed” after falling in the third round of the Australian Open, adding he would like to retire “playing tennis like this”.

Three-time Grand Slam champion Murray came into the match on the back of marathon contests in the first two rounds where he knocked out 13th seed Matteo Berrettini and local hope Thanasi Kokkinakis.

You never know exactly when the end is going to be. I would like to go out playing tennis like this, where I’m competing with the best players in the world in the biggest events and doing myself justice.

Murray said he will leave Melbourne with some happy memories of this year’s tournament but is targeting a climb up the rankings from world No 66 in order to give himself a better chance of going further at Grand Slams.

He had spent 10 hours and 34 minutes on court just making it through to the last 32 and went toe-to-toe with Bautista Agut for another three hours and 29 minutes.

“I feel lots of mixed emotions,” said the 35-year-old. “I feel like I gave everything that I had to this event so I’m proud of that.

“You can’t always control the outcome. You can’t control how well you’re going to play or the result. You can control the effort that you put into it, and I gave everything that I had the last three matches. I’m very proud of that.

“But I’m also disappointed because I put loads of work into the beginning of this year and was playing well enough to have a really good run.

“I’m competing against a guy who is 20th in the world and it’s still very tight considering the circumstances. I feel like I’m disappointed because I feel like I could have gone quite a bit further.”

The contest came four years after Murray tearfully revealed the extent of his hip pain and that he was considering retiring ahead of a first-round clash with Bautista Agut.

He arrived at Melbourne Park feeling genuinely positive about his body and his game, and his first-round victory over Berrettini was probably his best since 2017, but the physical toll was enormous.

Murray, who spent a rigorous off-season training block for his improved form and fitness in Florida, feels that the hard work is slowly paying off.

“I’m competing against a guy who is 20th in the world and it’s still very tight considering the circumstances. I feel like I’m disappointed because I feel like I could have gone quite a bit further”

When asked whether the sacrifices have been worthwhile, the three-time Grand Slam champion replied: “You never know exactly when the end is going to be. I would like to go out playing tennis like this, where I’m competing with the best players in the world in the biggest events and doing myself justice.

“There were maybe times the last year or so where I didn’t really feel like I was playing well, and I didn’t enjoy the way that I was playing.

“Those sacrifices and that effort that I put in allowed me to get through those matches and play at a high level that I think was entertaining for the people watching. I felt good about the way that I was playing. It’s more enjoyable for me when I’m playing like that, when I’m coming into a major event and really believing that I can do some damage.

“But I can have a deeper run than the third round of a Slam, there’s no question about that. Obviously draws can open up for you. I need to also help myself with that. If I was playing at this level last year, I probably wouldn’t be ranked 50, 60 in the world. It’s up to me to try and change that.”

He added: “I don’t have an injury, which is good. My body obviously has had a lot of load and stress go through it these last few days. I’ll need to take a bit of time to recover.”

There was a frosty handshake between the two at the net, and Bautista Agut said afterwards: “He understands the game very well and he knows how to play with a crowd, how to play with the nerves of the opponent. Today was a tough match. I think I did a great job.”

Murray plans on playing in Rotterdam, which starts on February 13, and then the Dubai Duty Free Tennis Championships from February 27.