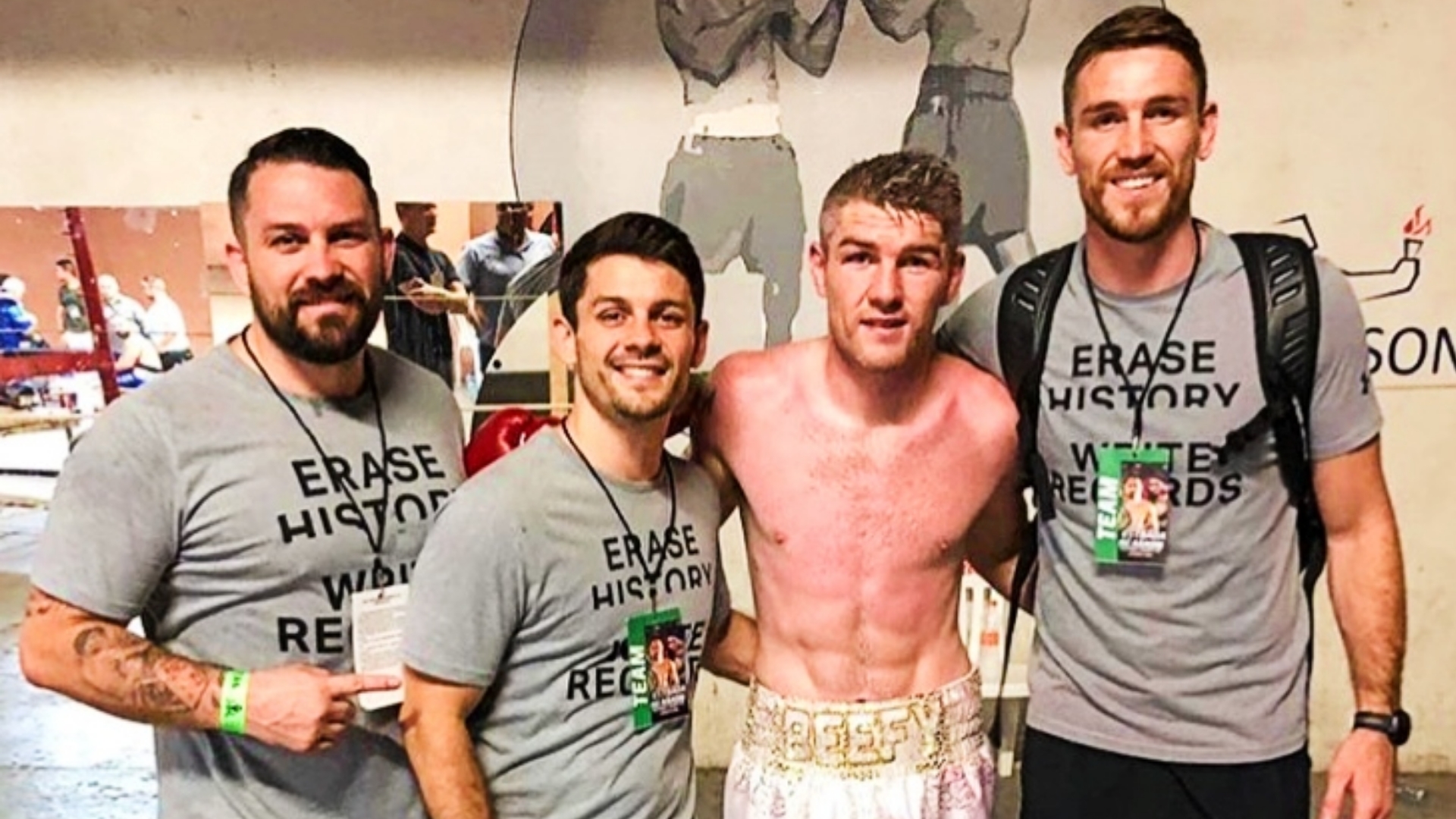 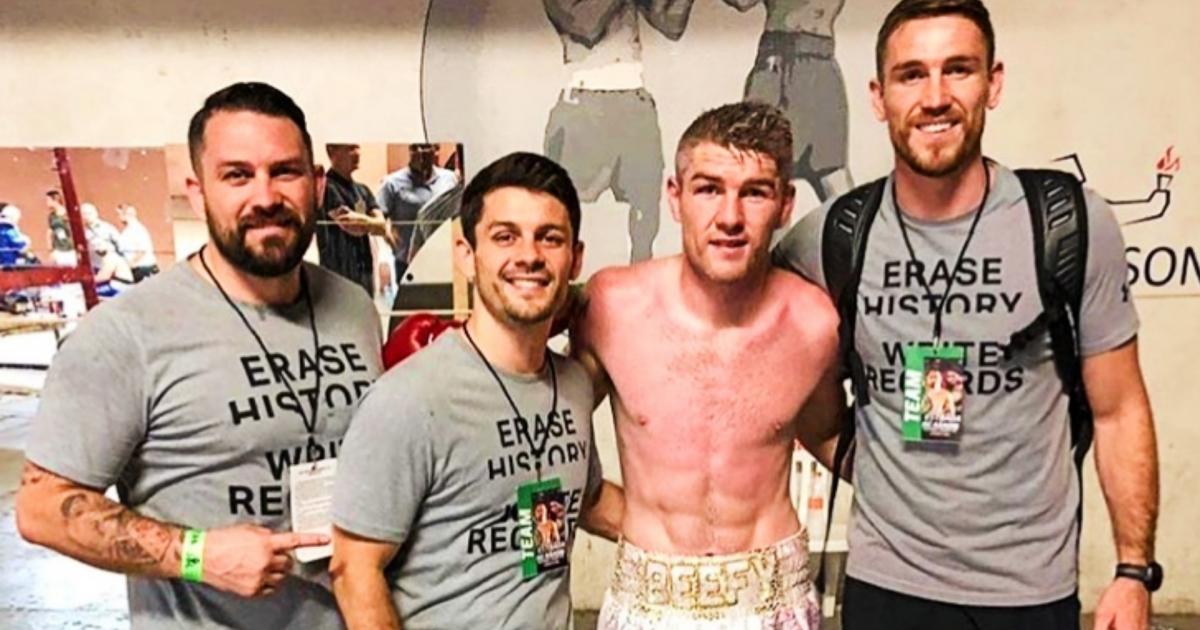 Liam Smith and Chris Eubank Jr have more reason than most fighters to claim that boxing is in their blood.

While Eubank Jr’s father, Chris Snr, is sporting royalty as a former two-weight world champion and one of the best British pugilists of all time, Smith’s siblings have excelled in the ring in more understated style.

When the middleweight known as ‘Beefy’ takes centre stage at Manchester Arena on Saturday, he is certain to be passionately cheered on by his fighting family, some of whom have shared their thoughts on Eubank Jr in the build-up to the highly anticipated contest.

What’s their story in the sport? What are their records and what have they said about Smith’s 37th professional fight? Let’s take a look.

MORE: WATCH: Chris Eubank Jr. vs. Liam Smith on DAZN (only in US, CA, JP and DACH)

How many brothers does Liam Smith have?

All four brothers were born in Liverpool, where they have been based during their careers as boxers.

Remarkably, all four Smith brothers have held British titles. Each of their journeys began as amateur titlists at Liverpool’s Rotunda ABC, which they retain links to, and they have all been under the direction of revered Manchester trainer Joe Gallagher at points during their careers.

Liam Smith, who has justifiably said that their story is ready-made for a film, estimates that they have held around 30 belts between them during their careers, reaching world level on several occasions.

A Commonwealth Games silver medallist at light-middleweight in 2002, Paul Smith launched his professional career with 23 consecutive wins in under five years, picking up the English middleweight title with the last of those.

He later won the British super-middleweight title but was knocked out by compatriots and future world champions James DeGale and George Groves to slow his ambitions of challenging for world honours.

Now a pundit, free spirit and part-time DJ, he did challenge at world level when he suffered successive defeats on points to Arthur Abraham within the space of six months across 2014 and 2015, and he also mixed it with one of the best ever to have competed when he went to California to face Andre Ward in his next bout, losing in the ninth round.

‘Real Gone Kid’ finished with a record of 38 wins from 45 fights, stopping 22 of his opponents before retiring in 2017.

Featherweight Stephen had been a Commonwealth Games and Commonwealth Championships gold medallist during a long amateur career before winning the Commonwealth and British titles in his 11th and 12th professional fights.

‘Swifty’ lost on points when he challenged Puerto Rico’s Jose Pedraza for the IBF world title in 2016 after stepping up to super featherweight, and he was beaten by Mexico’s Francisco Vargas via technical decision because of a horrendous ear injury caused by an accidental headbutt during their fight in Nevada.

Now 37, he finished his career with three six-rounders in the UK in under six months in 2019, winning all three on points to take his record to 28 wins from 32 fights, including 15 knockout victories.

His only knockout defeat came early in his career when he lost his British featherweight title to Lee Selby with an unusually sluggish performance that provided fuel for him to go on to greater achievements.

The best record among the brothers belongs to Callum Smith, whose only defeat came against the common opponent he has with Liam Smith, losing by unanimous decision to Canelo Alvarez in December 2020.

Before that, ‘Mundo’ had prefaced his perfect 27-fight run by becoming British and European champion and, in 2018, knocking out Groves in a World Boxing Super Series final to win the WBA (Super) and vacant The Ring titles.

He went on to successfully defend those belts against Hassan N’Dam N’Jikam and John Ryder, and stepped up to light-heavyweight after his subsequent defeat to Canelo.

His two fights at the weight have produced two brutal stoppages, both on the undercards of the heavyweight title bouts between Anthony Joshua and Oleksandr Usyk, with the first — against Lenin Castillo in London — ending with his opponent being stretchered from the ring. It was his 21st knockout from 29 victories, and he remains active.

There are concerns that his ability to match Eubank Jr’s power may be compromised by his lack of size, having campaigned as a large light-middleweight for almost his entire career, collecting the Commonwealth title in his 13th fight and British in his 15th.

‘Beefy’ has never lost in the UK, showing a level of willing bravery that other contenders might have shirked when he unsuccessfully challenged Jaime Munguia for the WBO title in the US in 2018 and Magomed Kurbanov for the vacant WBO International light-middleweight title in Russia in 2021.

He suffered the only knockout defeat of his career in the ninth round of his bout with Canelo in Texas in 2016, accepting the most onerous challenge possible and losing the WBO belt, which he had won less than a year earlier against John Thompson at Manchester Arena.

Smith has won 32 times and stopped 19 of his opponents during his 36-fight career, drawing once.

Chris Eubank Jr vs Liam Smith: What have the Smith brothers said?

Elder statesman Paul has suggested that Eubank Jr is fortunate not to be facing Callum, as he would have done had he not lost on points to Groves in the semifinals of that World Boxing Super Series almost five years ago.

He has also weighed in on the sparring stories that have been a feature of the build-up as a result of Eubank Jr holding sessions with Liam Smith early in his professional career, leading to contradictory accounts in recent weeks about how those tangles turned out.

“He sparred me and Liam,” Paul Smith recalled to IFL, predicting an all-action scrap. “I know what he’s like. I know what happened in that spar and so does Liam.

Callum Smith sensibly played down the significance of tales from training but still had strong words for Eubank. “Go and win a genuine world title and maybe you’ll get the respect,” he told Seconds Out. “His best achievement is probably a British title.

“There’s nothing wrong with that but he puts himself up there with the Canelos when he’s yet to do it at the highest level. He fought for a world title against George Groves and came up short.

“Win your world title and maybe you’ll get the credit you deserve. Until then, keep your mouth shut a bit and do your talking in the ring.”

Unsurprisingly, Stephen Smith believes his brother will show superior skills on Saturday. “He’s a better fighter with a better ring IQ and generalship,” he said of the pre-fight underdog, speaking to Boxing King Media.

“He can do it all better, in my opinion. Liam’s been world champion, Chris hasn’t. He’s the former world champion going into this fight. He’s been there and done it, so it’s another box ticked for the experience.”

Callum Smith agrees with that assessment of Liam Smith’s comparative abilities. “Regardless of what they’ve achieved, it’s a very good fight to watch, as we’ve seen with the interest it’s getting,” he said.

“Hopefully it lives up to it on the night. I believe the best version of Liam beats any version of Eubank. Liam’s the better fighter.”