Bengals vs. Chiefs picks, predictions against spread: Why Cincinnati will advance to Super Bowl 57 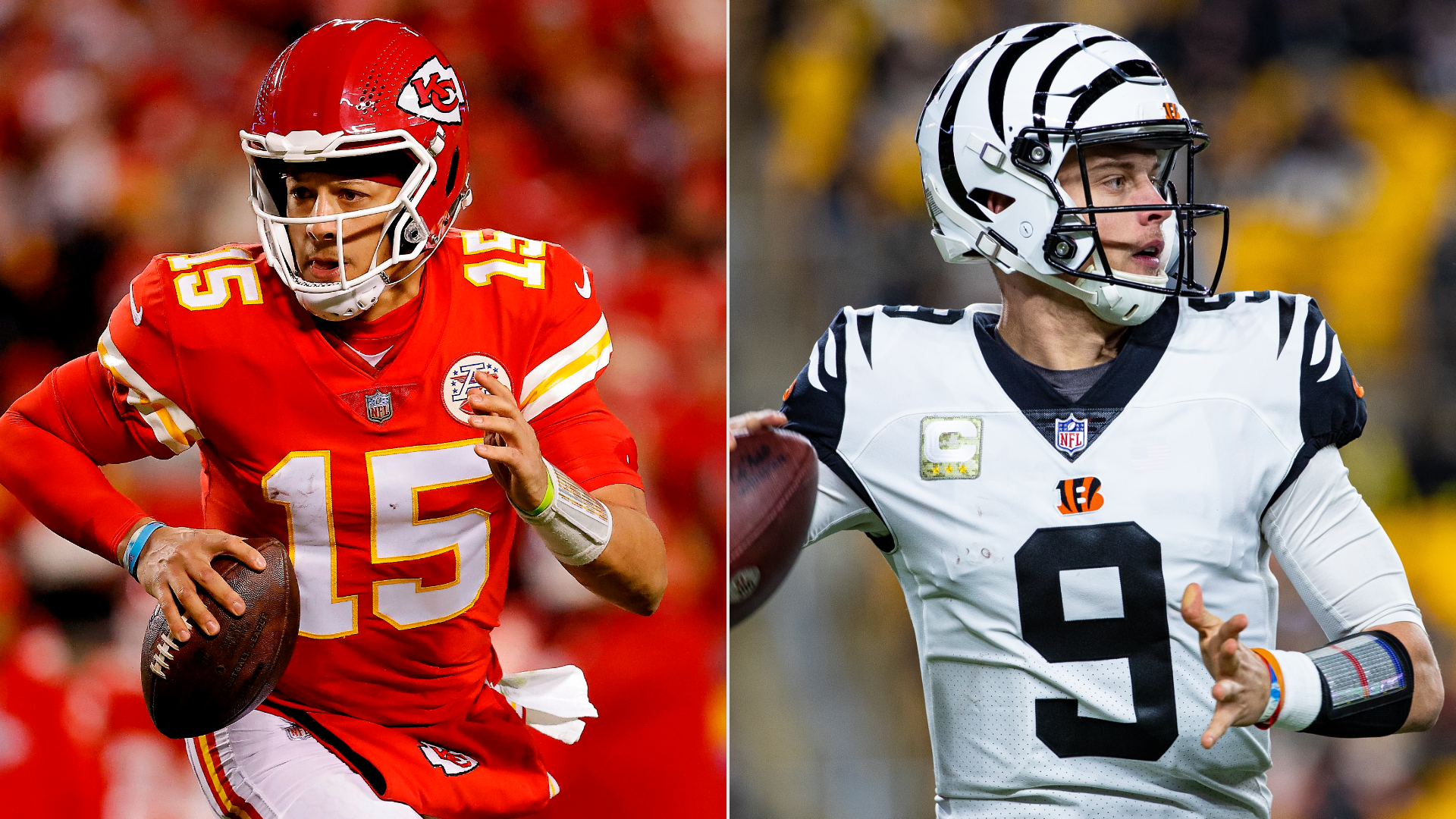 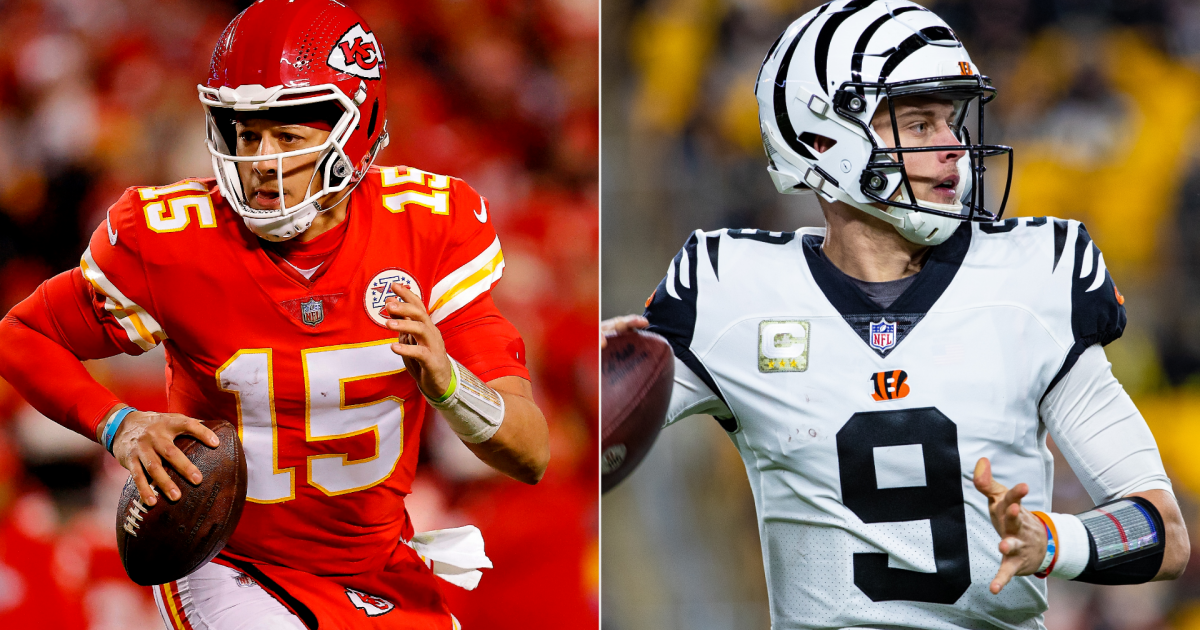 The Chiefs have gone 0-3 against Joe Burrow and the Bengals with Patrick Mahomes at QB. They will try to change that as hosts on Sunday (6:30 p.m. ET, CBS).

The marquee quarterback-highlighted matchup should come down to the wire based on the betting odds. According to Sports Interaction, with Mahomes playing on a sprained ankle at home, it’s a “pick ’em” game with no spread for either team with the over/under set at 47 points.

Here’s a complete breakdown of Bengals vs. Chiefs in the 2023 AFC championship game, including our expert’s pick to reach Super Bowl 57.

Burrow and the Bengals had the perfect methodical approach in ripping the Bills on the road in the divisional playoffs. Burrow spread the field well with his wide receivers and tight ends and the Bengals’ refurbished offensive line was a revelation for Jos Mixon and the running game.

The Chiefs have a pretty good pass rush, but don’t expect to be effective with Burrow continuing to get the ball out quickly while he finds consistent favorable matchups against a young cornerback corps. Mixon and Perine can also have another effective outing catching passes.

The Chiefs will once again have their hands full with Burrow’s go-to guys at wideout, Ja’Marr Chase and Tee Higgins. The Bengals are hot and there’s no reason to think they will cool down.

Patrick Mahomes playing on a bad ankle might be better than nay QB in the league not named Burrow. The Chiefs’ offensive line is playing at a high level to keep Mahomes clean and also is opening up big opportunities in the power running game for rookie Isiah Pacheco.

The Bengals’ tight end coverage has been a hole the past two weeks and the Chiefs will once again make Travis Kelce the focal point of Mahomes’ passing. They will be more calculated fro looking for the big play, waiting some short second and third downs.

The Bengals also can be disruptive in the pass rush, but Mahomes will be smart in passing to not let them get to him while banged up. Mahomes and the Chiefs will maintain more of a dink-and-dunk approach to keep up with Burrow and the Bengals, something Josh Allen and the Bills failed to do.

The Chiefs know where the Bengals will attack them and to slow them down, they need contain Mixon, Chase and Higgins above all else. The Chiers are more unpredictable in their usage of Kelce’s complementary weapons, with Kadarius Toney and Jerick McKinnon both capable of making a game-changing play with one touch. Mahomes also picks good spots to use JuJu Smith-Schuster and Marquez Valdes-Scantling at wideout, and he hasn’t been afraid to dig deep in four-wide or two-tight sets.

The Chiefs have an an inexperienced coverage team, but they also have the sweet kicking and punting combination of Harrison Butker and Tommy Townsend. Toney and Pacheco also can be dangerous in the return game. The Bengals have top young kicker Evan McPherson, but punter Drue Chrisman is still finding his way while Trent Taylor gives them only limited returns.

Andy Reid is making appearing in championship games old hat, either while coaching in Philadelphia or Kansas Cityl. The Kool-Aid Man meets every man has been steady with his offensive scheming and has two long-time trusted coordinators in Eric Bieniemy and Steve Spanguolo. Zac Taylor also has shown a special staff with Lou Anarumo and Brian Callahan, but Reid’s ring and realtive savvy creates the separation.

The Bengals should be the hunted tigers as the reigning AFC championship. Instead, they’ve been overlooked in the conference with both the Chiefs and Bills getting a lot more love all throughout the season. They still are still motivated by being disrespected, including by the NFL thanks to the whole coin toss and neutral site propositions.

The pressure, however, falls on the Chiefs, as their status as the team to beat in the AFC every year is at stake. The Bengals should be more relaxed in the game, while the Chiefs might tighten a little, worrying about they blew.a big lead in last year’s game.

Burrow is on point and is the healthier of the two quarterbacks. His track record against the Chiefs isn’t a fluke; he likes playing against and picking apart Spagnuolo’s defense scheming and its personnel. Mahomes can counter well, but he won’t get as much help from the running game and wide receivers. Burrow gets his second straight shot to get his Lombardi to match Mahomes.