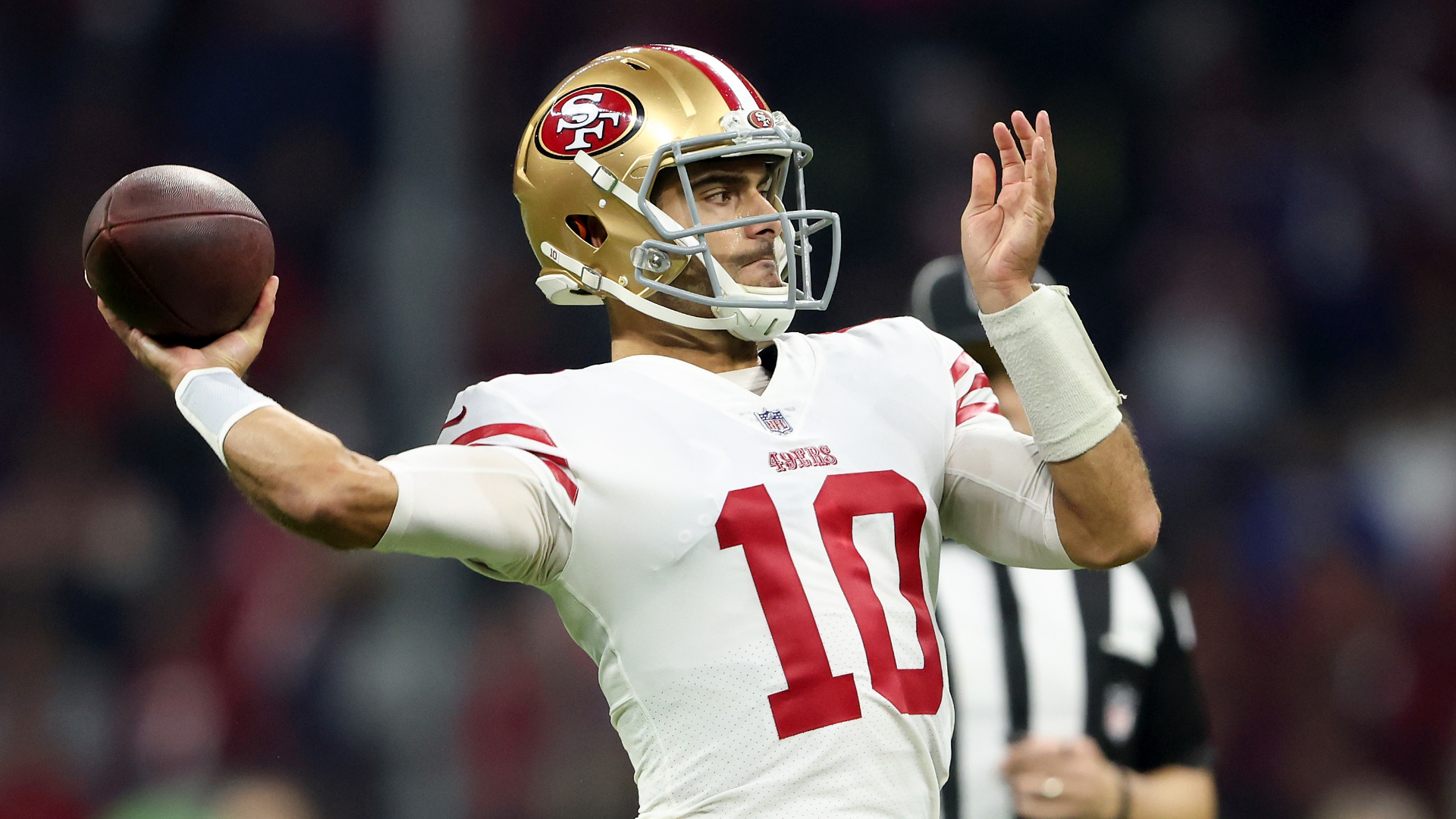 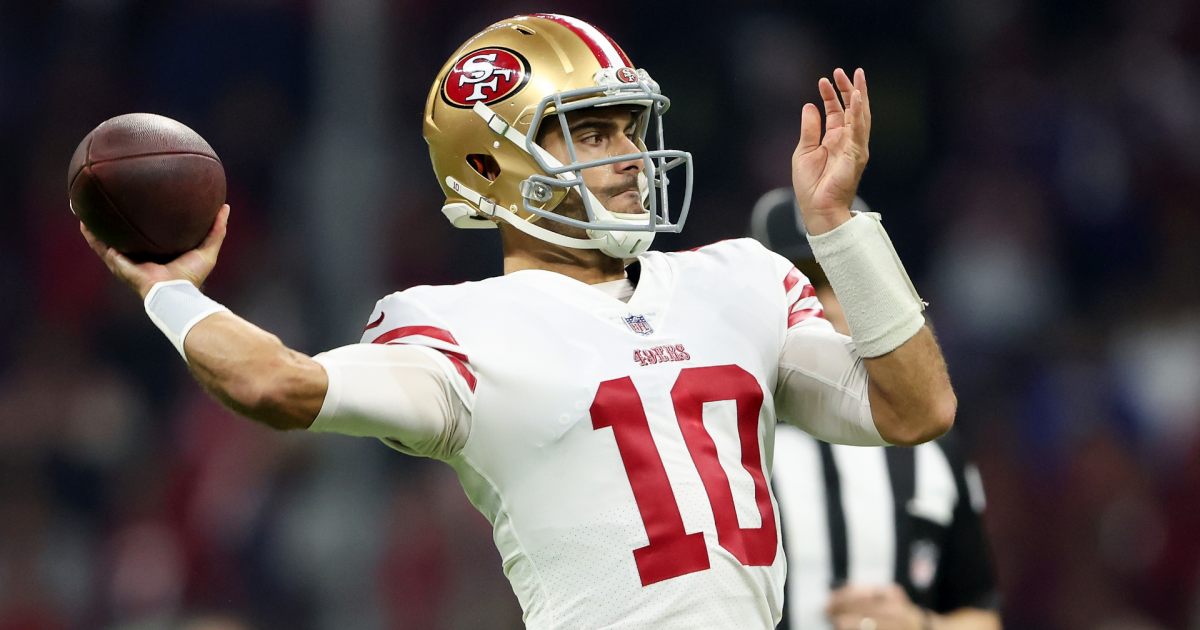 Any notion of Jimmy Garoppolo returning from injury to play for the 49ers again this season remains on hold heading into the NFC championship game.

Kyle Shanahan on Monday informed reporters that Garoppolo, who was elevated to the starting position in Week 2 of the season, likely will not practice this week ahead of the showdown against the Eagles.

The 49ers coach said he would be “very surprised” if the ninth-year veteran practiced ahead of the team’s trip to Philadelphia. He also added he has been impressed with third-string Brock Purdy’s game management to this point of the season.

#49ers QB Jimmy Garoppolo not expected to practice this week.

“X-ray tomorrow to see how things are going. I’d be very surprised if he was out there this week.” — Kyle Shanahan

Garoppolo’s game status isn’t surprising, considering he broke his foot in a Week 13 victory over the Dolphins. His injury opened the door for Purdy to take over the starting position in much the same way Garoppolo took over for Trey Lance in Week 2.

MORE: 49ers vs. Eagles picks, predictions against spread: Why San Francisco will advance to Super Bowl 57

It’s possible Garoppolo could recover in time for the game on Feb. 12, but it’s worth questioning whether Shanahan would want to shake up the offense in the final game of the season. Purdy has led the 49ers on a 7-0 win streak, not including the game he took over for Garoppolo against Miami.

Since taking over the starting position, Mr. Irrelevant 2022 has completed 147 of 220 passes (66.8 percent) for 1,854 yards and 16 touchdowns to three interceptions. He also has two rushing touchdowns. Moreover, the Football Database lists the rookie quarterback as completing 35 of 48 passes (72.5 percent) for 345 yards, 23 first downs and six touchdowns on third-down attempts.

Purdy and Co. will face an Eagles defense that tallied 70 sacks and 17 interceptions in the regular season. Those marks were good for first and tied-for-fourth in the league, respectively. Philadelphia followed that up with a 38-7 divisional-round victory over the Giants, one in which it sacked Daniel Jones five times, intercepting him once.

If Purdy can lead the 49ers to a win over the top seed in the NFC in a hostile environment, then Shanahan might have an easy decision in regard to who will start at quarterback for the Super Bowl even if Garoppolo is healthy enough to return.