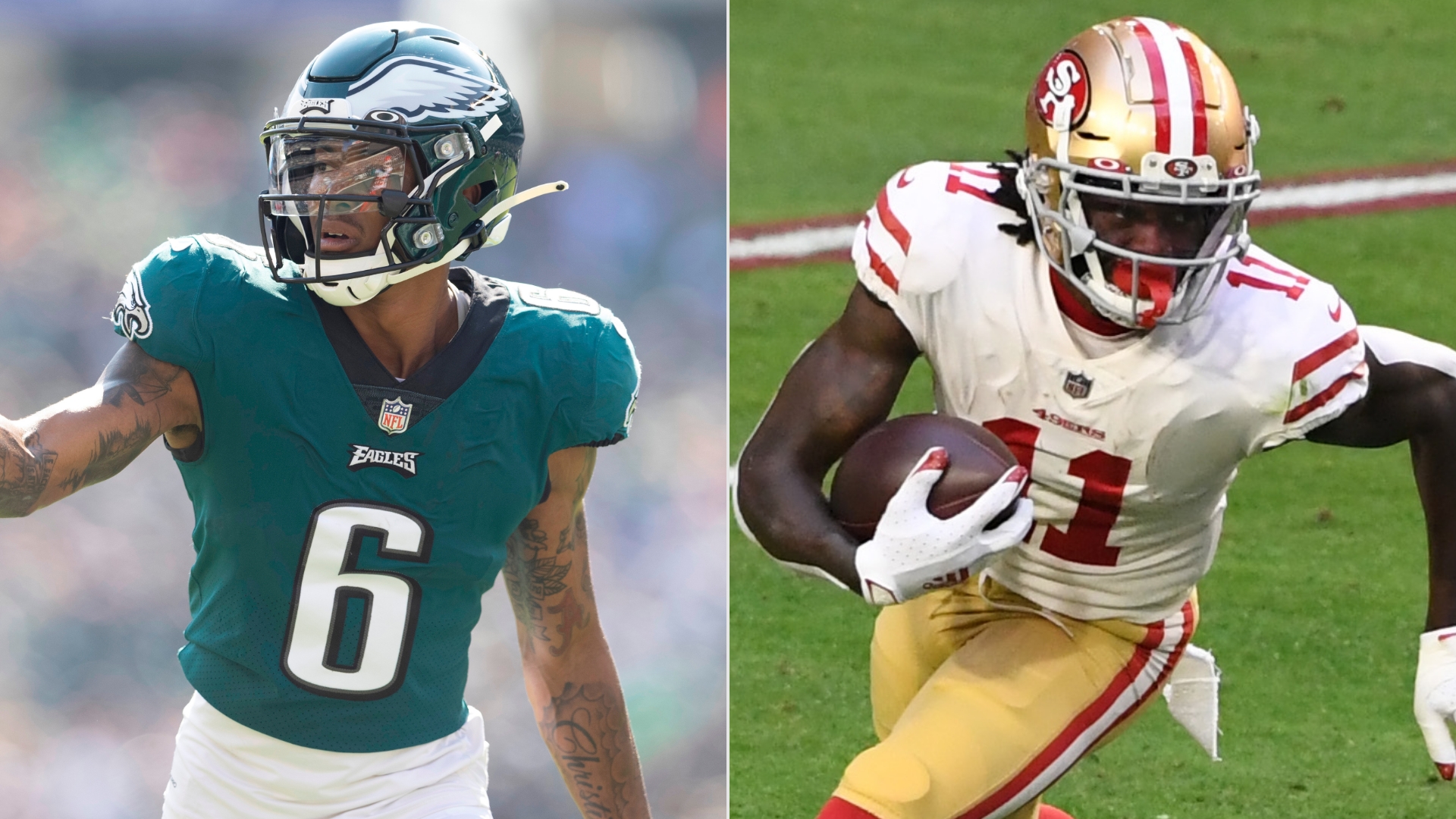 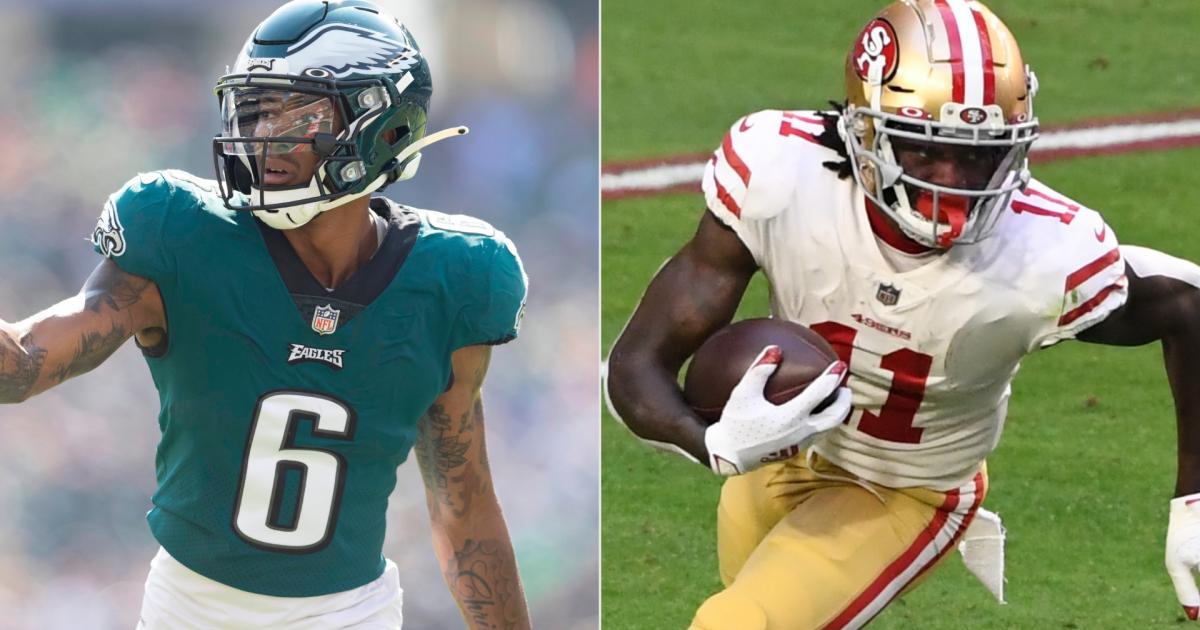 The Eagles host the 49ers on Sunday afternoon to kick off the conference championship round at Lincoln Financial Field Field (3:00 p.m. ET, FOX). Philadelphia currently sits as 2.5-point home favorites, with the total set at 45.5 points, according to BetMGM. For NFL DFS players searching for lineup advice, we’ve assembled our favorite FanDuel single-game lineup that includes an Eagles-heavy build with just one 49ers’ skill position player.

We’re starting our build off with Hurts, thinking he’ll end the game leading all players in fantasy points. Yes, the matchup isn’t great on paper, but the 49ers’ defense is going to be in for one of their biggest tests of the season. Remember, back in Week 7 the Chiefs had their way against the 49ers, scoring 44 points with 529 total yards of offense. We’re not expecting nearly the same offensive output from Philadelphia, but we’ve seen the 49ers’ defense allow their fair share of yards. Against the NFC’s most efficient offense (0.112 EPA), a 20-plus FD point showing from Hurts is well within reach.

With Smith priced $1,000 cheaper than A.J. Brown, we’d rather roster the Eagles 1A wideout, giving us a bit more roster flexibility to round out our lineup. Smith’s been a target hog the past four games, seeing an average of 10.8 targets per game, and against San Francisco’s 20th-ranked pass defense, we could see another high-usage game for Smith. Smith’s been one of the most efficient wideouts this season, as well, boasting the ninth-most expected points added among WRs (+64.9 EPA).

Despite the 49ers’ defense sporting the lowest rush EPA on the season (-0.168), we’re rostering Sanders, siding with an Eagles offense that leads the league with the highest rush EPA this season (0.098). Sanders averages 15.2 carries and 1.5 targets per game, and a 15-plus day gives him the chance to accumulate double-digit FD points. What really makes Sanders enticing, though, is his red-zone usage. Sanders has logged the fourth-most red-zone touches among RBs this season (49), scoring 11 TDs (ninth among RBs). While he was held out of the end zone last week, his reliable red-zone usage always gives him an opportunity to reach paydirt, and we’re thinking he lands in the end zone at least once this weekend.

Goedert’s another player with a tough matchup on paper, but it’s too tough for us to fade a tight end with a 25.6-percent red-zone target share who averages 10.3 yards per target (first among TEs). Goedert showed out in the divisional round, hauling in all five targets for 58 yards and a TD (14.3 FD points). While there are a lot of mouths to feed in Philadelphia’s offense, Goedert’s capable of replicating his divisional round showing, which would certainly warrant spending $10,000 to include him in our single-game lineup.

Aiyuk’s our lone 49er in our single-game lineup, and since we’re expecting the Eagles to play with a lead, it could force the 49ers to pass at a higher rate than they’d prefer. If that transpires, the 49ers’ leading receiver is a valuable addition to single-game lineups given he averages 6.6 targets per game in the NFC’s second-most efficient offense (0.096). With the NFC’s two best teams squaring off, there aren’t many matchup advantages to exploit, and despite Philadelphia’s sound pass defense, Aiyuk’s still capable of exceeding his season averages in receptions (4.6 per game) and receiving yards (59.7 per game).