Who is Artur Beterbiev? Pro boxing record, titles, KO rate, and is he Russian or Canadian? 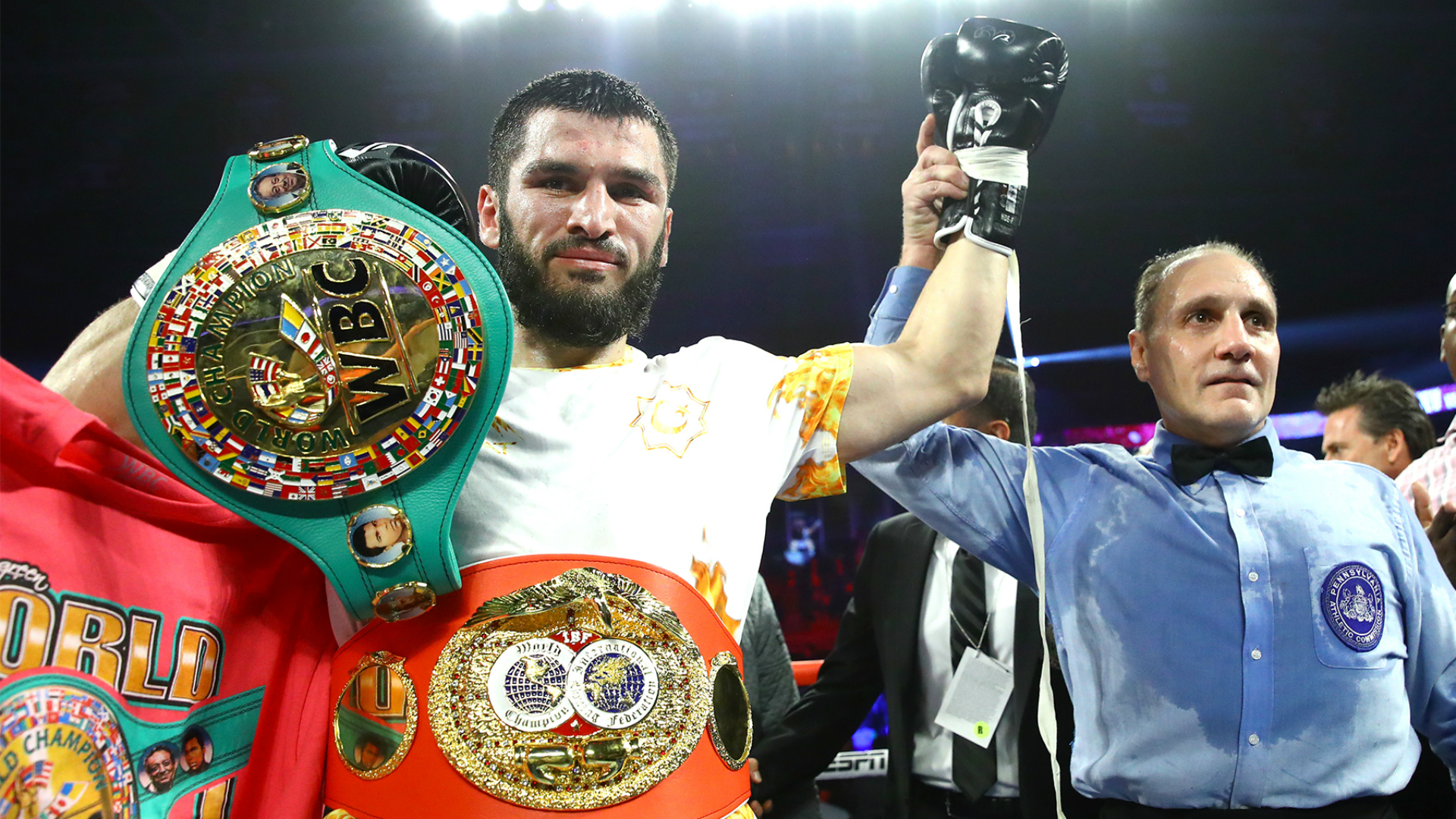 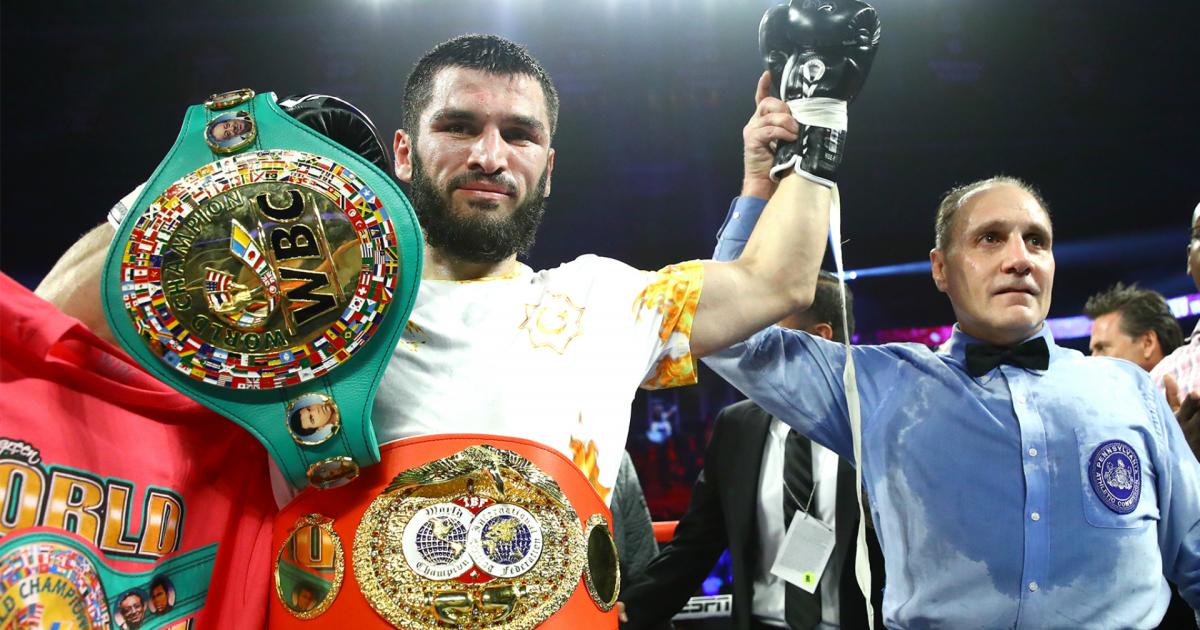 The man Anthony Yarde is hoping to shock on Saturday night has been likened to Khabib Nurmagomedov and shares more than sporting similarities with the modern MMA great.

Artur Beterbiev has the same birth place — Dagestan, the former autonomous republic within the Soviet Union — as the ex-UFC champion, and the contrast between his fearsomely violent performances within the ropes and his unassuming, respectful persona outside the ring have also earned him comparisons with Nurmagomedov.

Beterbiev brings a formidable reputation to a contest that he hopes will move him a step closer to a long-anticipated showdown with Dmitry Bivol, who is one of the only fighters with a record to match his own.

As he approaches his first appearance in the UK, here’s a look at the 38-year-old’s achievements.

A two-time European champion either side of winning the 2009 World Championships as an amateur, Beterbiev spent time with Bivol on the Russian team as an amateur.

Bivol was too small to compete in Beterbiev’s light-heavyweight division at the time, and Beterbiev has said the pair have not kept in touch and were “never friends”.

Current heavyweight champion Oleksandr Usyk beat Beterbiev twice as an amateur but was dropped in the second of them and rates him as his toughest opponent.

Beterbiev moved to Canada before his first professional bout in 2013, fighting in Montreal — which remains his base — and Quebec as he secured eight wins in under two years and minor WBA, IBF and WBO titles.

His first fight outside Canada was the first to go beyond the fourth round, beating Alexander Johnson in the seventh in Chicago in June 2015.

Yarde will be his 10th opponent since then, when he will aim to extend his perfect professional record to 19 fights.

A win over Enrico Kolling in California in 2017 landed Beterbiev the IBF title vacated by Andre Ward. Henry Maske, Roy Jones Jr, Bernard Hopkins and Sergey Kovalev had been among the fighters to previously hold the belt.

He added the WBC title with a win against Ukrainian champion Oleksandr Gvozdyk in Philadelphia in 2019, then hammered American Joe Smith Jr in the second round of their fight in New York in his second unification bout and his most recent encounter.

That means Beterbiev will be defending three titles against Yarde. The winner will want to challenge Bivol for his WBA title.

How many knockouts has Artur Beterbiev had?

Beterbiev also has a perfect record when it comes to KOs, stopping all of his opponents. Yarde will test his hammer-handedness, having only previously been knocked out when he challenged Kovalev for the WBO title in Chelyabinsk in 2019.

“He is trying to hit me as hard as he can and I am doing the same. There are no feelings,” Beterbiev said ahead of the headliner at Wembley Arena.

“After the fight, I just hope he is OK. Do I enjoy knocking people out? No. There’s no pleasure in it. I just hope everything is OK with them. I just want to do good boxing, not hit people.”

Kolling came closest to taking Beterbiev to the scorecards, suffering a knockout with under 30 seconds remaining in the 12th round of their fight.

Beterbiev had battered Kolling by landing 322 punches, more than five times as many as the gallant German.

What have been Artur Beterbiev’s best wins?

Despite suspicions that top fighters were avoiding Beterbiev by that point, he was relatively unknown among fans until his win over Gvozdyk, when he recorded three knockdowns during the decisive 10th round.

The 2012 Olympic Games bronze medallist was previously unbeaten and had handed Adonis Stevenson the only defeat of his career in his final fight to win the WBC title, ending the lineal champion’s reign of more than five years.

Beterbiev had beaten Gvozdyk and broken his nose as an amateur. Gvozdyk was hospitalised for two days after they met as professionals, subsequently claiming that he had retired from the sport.

The manner of Beterbiev’s beating of Smith Jr was also impressive. Smith Jr had taken Bivol the distance when he unsuccessfully challenged for the WBA title in 2019, but he had been floored three times and was freely shipping shots by the time his demolition by Bertebiev was waved off.

Beterbiev survived a scare in style when Callum Johnson knocked him down in the second round of their fight in Chicago in 2018, recovering to punish the Briton with the only defeat of his career so far by knocking him out two rounds later.

Is Artur Beterbiev Russian or Canadian?

Beterbiev faced a threat to his career in April 2022, when the WBC and IBF opted to bar fights involving boxers from Russia or Belarus.

He found a solution by fighting under the Canadian flag against Smith Jr, which was hardly a contrived move for a man who had a Canadian passport and boxing license in the country where he had lived for 15 years.

Beterbiev reportedly received a hero’s welcome when he flew to Moscow after his victory over Smith Jr and told Match TV of his sporting switch: “It was forced.

“Once in my entire career, I performed under the Canadian flag. How many years have I been in boxing? Twenty-eight.

“Before that, I always competed under the Russian [flag]. I hope they won’t judge me harshly and will remember that I have always represented the Russian flag. I will continue to do so as soon as possible.”

Beterbiev has Chechen heritage and has long been supported by the republic’s leader, combat sports fan Ramzan Kadyrov.

The politician spotted Beterbiev’s talent at a young age and pledged to support him. “It’s nice to see how the victories did not intoxicate him and he remains a modest Chechen guy,” Kadyrov wrote after watching him beat Smith Jr. “He is a real role model and an idol for beginner boxers.”